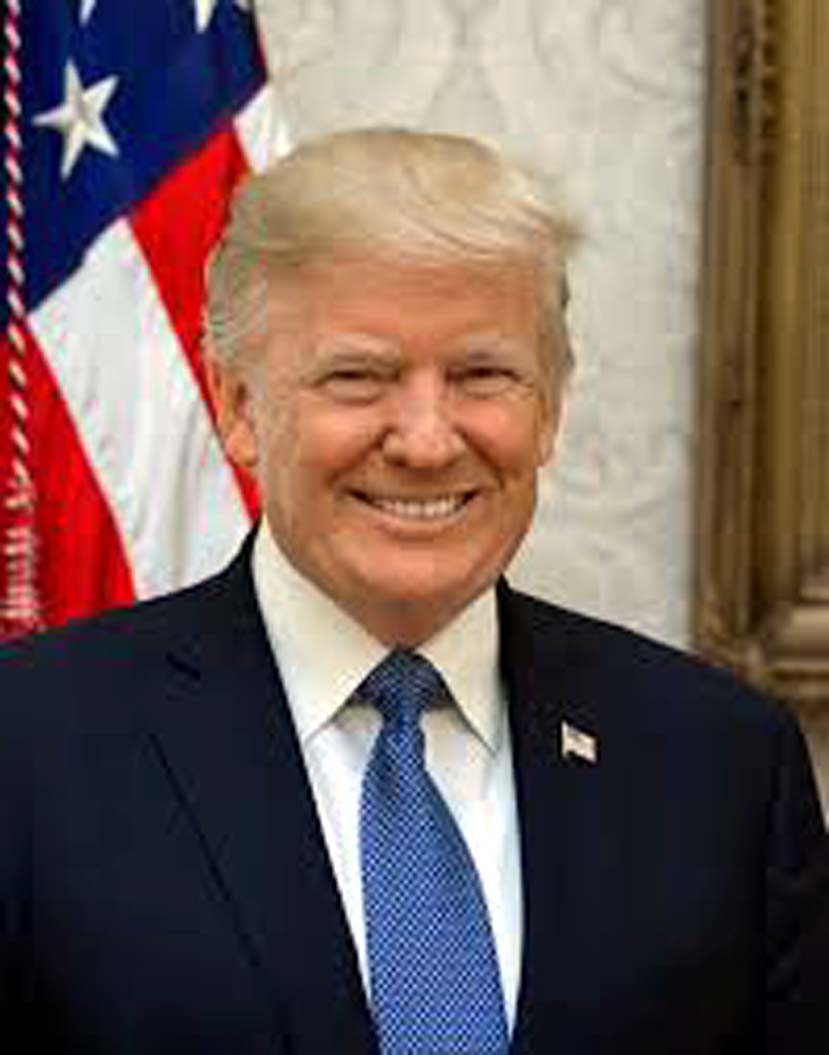 Talks only with Pak: EAM
WASHINGTON, Aug 2: US President Donald Trump has said the issue of Kashmir is a bilateral matter between India and Pakistan but he would be happy to mediate if they want him to do so.
Last week, Trump had made a stunning claim that Prime Minister Narendra Modi asked him to mediate on the vexed issue during their meeting in Japan, evoking a sharp reaction from India which denied Modi making any such request.
“It’s really up to Prime Minister (Narendra) Modi (to accept the offer of mediation),” Trump told reporters responding to a question on India not accepting his offer of mediation on Kashmir.
His comments are seen as an apparent climb down from his last week’s remarks which were dismissed in India as ridiculous and highly unlikely given that New Delhi has consistently maintained that there is no room for a third party mediation on Kashmir.
“Have they accepted the offer or not?”, Trump asked rhetorically when questioned by a reporter about India’s rejection of his mediation offer.
“I think they are fantastic people — Khan and Modi — I mean. I would imagine they could get along very well, but if they wanted somebody to intervene, to help them…. and I spoke with Pakistan about that and I spoke frankly in (sic) India about it,” Trump said.
He rued that the issue of Kashmir had been going on for a long time.
When asked how he would “want to resolve the Kashmir issue”, Trump said, “If I can, if they wanted me to, I would certainly intervene.”
Last week, in his joint media appearance with Pakistan Prime Minister Imran Khan in his Oval Office, Trump stunned India by saying that Modi sought his mediation/arbitration on the Kashmir issue.
Trump said during their bilateral meeting in Japan in June on the sideline of the G-20 Summit Prime Minister Modi had asked him to mediate on the vexed issue.
India quickly denied it and said the Kashmir issue was never discussed between Modi and Trump and External Affairs Minister S Jaishankar made a statement in Parliament strongly refuting that the Prime Minister had ever made such a request.
Meanwhile, rejecting any mediation by Trump on Kashmir, External Affairs Minister S Jaishankar today made it clear to his American counterpart Mike Pompeo that “any discussion on the issue, if at all warranted, will only be with Pakistan and only bilaterally.”
Jaishankar is in the Thailand capital to attend a number of conferences, including the ASEAN-India Ministerial Meeting, the 9th East Asia Summit Foreign Ministers’ Meeting, the 26th ASEAN Regional Forum and the 10th Mekong Ganga Cooperation Ministerial Meeting.
“Held wide ranging discussions with @SecPompeo on regional issues,” Jaishankar tweeted.
“Have conveyed to American counterpart @SecPompeo this morning in clear terms that any discussion on Kashmir, if at all warranted, will only be with Pakistan and only bilaterally,” he tweeted.
He met US Secretary of State Pompeo on the sidelines of the second day of 9th East Asia Summit Foreign Ministers meet in Bangkok. This was the first official meeting between the two top officials after President Trump’s controversial comments on him offering to mediate between India and Pakistan over the Kashmir issue. (PTI)