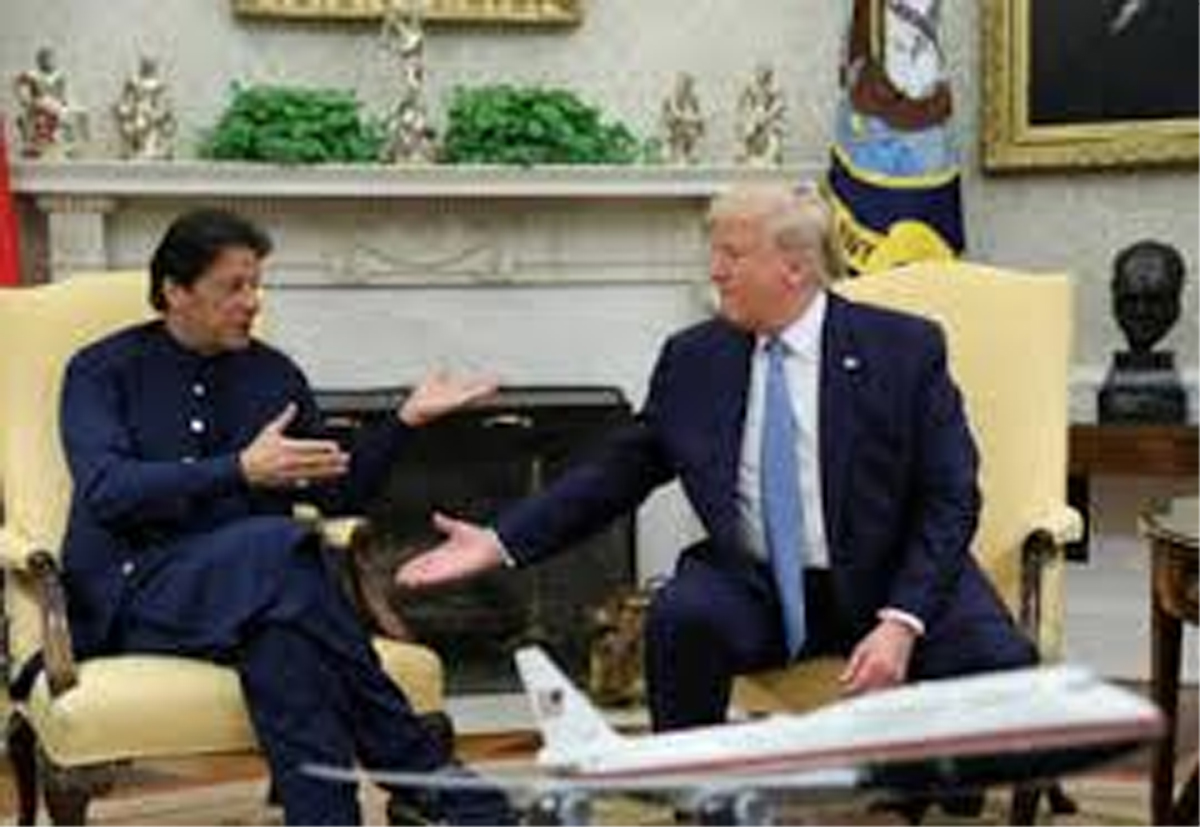 WASHINGTON, Aug 20:US President Donald Trump has asked Pakistan Prime Minister Imran Khan to “moderate” his rhetoric against India over Kashmir, as he underlined the need of exercising restraint by both sides and avoid escalation of the “tough situation” in the region.

Trump on Monday spoke separately to Prime Minister Narendra Modi and his Pakistani counterpart Khan in his bid to ease fresh Indo-Pak tensions after India revoked the special status of Jammu and Kashmir on August 5.

Trump’s counsel to Khan came as Prime Minister Modi, during his telephonic conversation with the US president, conveyed that the “extreme rhetoric and incitement” to anti-India violence by certain leaders in the region was not conducive to peace.

“Spoke to my two good friends, Prime Minister Modi of India, and Prime Minister Khan of Pakistan, regarding trade, strategic partnerships and, most importantly, for India and Pakistan to work towards reducing tensions in Kashmir,” Trump said in a tweet late on Monday.

“A tough situation, but good conversations!” the US president said.

The White House in a readout of the phone call between Trump and Khan said the President spoke with the Pakistani prime minister to discuss “the need to reduce tensions and moderate rhetoric with India over the situation in Jammu and Kashmir.”

Continuing with his rhetoric against India over the Kashmir issue, Khan on Sunday called the Indian government “fascist” and “supremacist”, alleging that it poses a threat to Pakistan as well as to the minorities in India.

He also said the world must also seriously consider the safety and security of India’s nuclear arsenal as it impacts not just the region but the world.

During the conversation with Khan, Trump “reaffirmed the need to avoid escalation of the situation, and urged restraint” on both sides, the White House said.

The two leaders also agreed to work towards strengthening US-Pakistan economic and trade cooperation, it added.

The president conveyed the importance of reducing tensions between India and Pakistan, and maintaining peace in the region, he said.

“The two leaders further discussed how they will continue to strengthen United States-India economic ties through increased trade, and they look forward to meeting again soon,” Gidley said.

In his telephonic conversation with Trump, Modi highlighted the importance of creating an environment free from terror and violence and eschewing cross-border terrorism without exception, a Prime Minister’s Office release said in New Delhi on Monday.

The conversation between Modi and Trump took place two days after the US president asked Khan to resolve the Kashmir issue with India bilaterally.

“It was constructive engagement and Prime Minister Khan urged the US and President Trump to play a role in addressing the situation in Kashmir,” Qureshi told the media in a late night interaction on Monday.

He said Khan was of the view that lifting of curfew in Kashmir was important and India should remove all curbs on the movement of people.

Khan also told Trump that representatives of human rights bodies should be sent to Kashmir to see the situation, he said.

The foreign minister said Khan also apprised Trump about India’s “unilateral” decision which aimed at changing the special status of the “internationally recognised disputed territory” and its demography.

India has categorically told the international community that the scrapping of Article 370 of the Constitution to revoke the special status of Jammu and Kashmir was an internal matter and also advised Pakistan to accept the reality. (PTI)