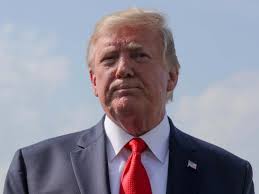 WASHINGTON, July 9: US President Donald Trump Tuesday launched a fresh attack on India for imposing tariffs on American products and said it was “no longer acceptable”, days after he held talks with Prime Minister Narendra Modi and agreed to sort out the trade related issues.

Trump, championing his ‘America First’ policy, has been a vocal critic of India for levying “tremendously high” duties on US products.

“India has long had a field day putting Tariffs on American products. No longer acceptable!” Trump tweeted on Tuesday.

Trump’s terse comment within a fortnight after his meeting with Prime Minister Modi on the sidelines of the G20 Summit in Osaka on June 28 where the two leaders aired their concerns over the bilateral trade disputes and agreed for a meeting of their commerce ministers to sort out the issues.

Though trade is an important part of the booming bilateral relationship, a row over market access and tariffs has escalated in recent months, leading to fears of a protracted dispute.

Before his meeting with Modi, Trump tweeted, “I look forward to speaking with Prime Minister Modi about the fact that India, for years having put very high Tariffs against the United States, just recently increased the Tariffs even further. This is unacceptable and the Tariffs must be withdrawn!”

India has raised tariffs on 28 items, including almond, pulses and walnut, exported from the US in retaliation to America’s withdrawal of preferential access for Indian products.

President Trump terminated India’s designation as a beneficiary developing nation under the key GSP trade programme from June 5 after determining that New Delhi has not assured the US that it will provide “equitable and reasonable access” to its markets.

The Trump administration wants India to lower the trade barriers and embrace “fair and reciprocal” trade.

Last February, India slashed the customs duty on imported motorcycles like Harley-Davidson to 50 per cent after Trump called it “unfair” and threatened to increase the tariff on import of Indian bikes to the US.

Many US companies like Google, Mastercard, Visa and Amazon have raised concerns over the issue of data localisation and its impact on their operational cost.

In April last year, the Reserve Bank of India had issued a directive on ‘Storage of Payment System Data’. It had advised all system providers to ensure that within a period of six months, the entire data relating to payment systems operated by them is stored in a system only in India, for effective monitoring.

India has also dragged the US to the World Trade Organisation’s dispute settlement mechanism over the imposition of import duties on steel and aluminium.