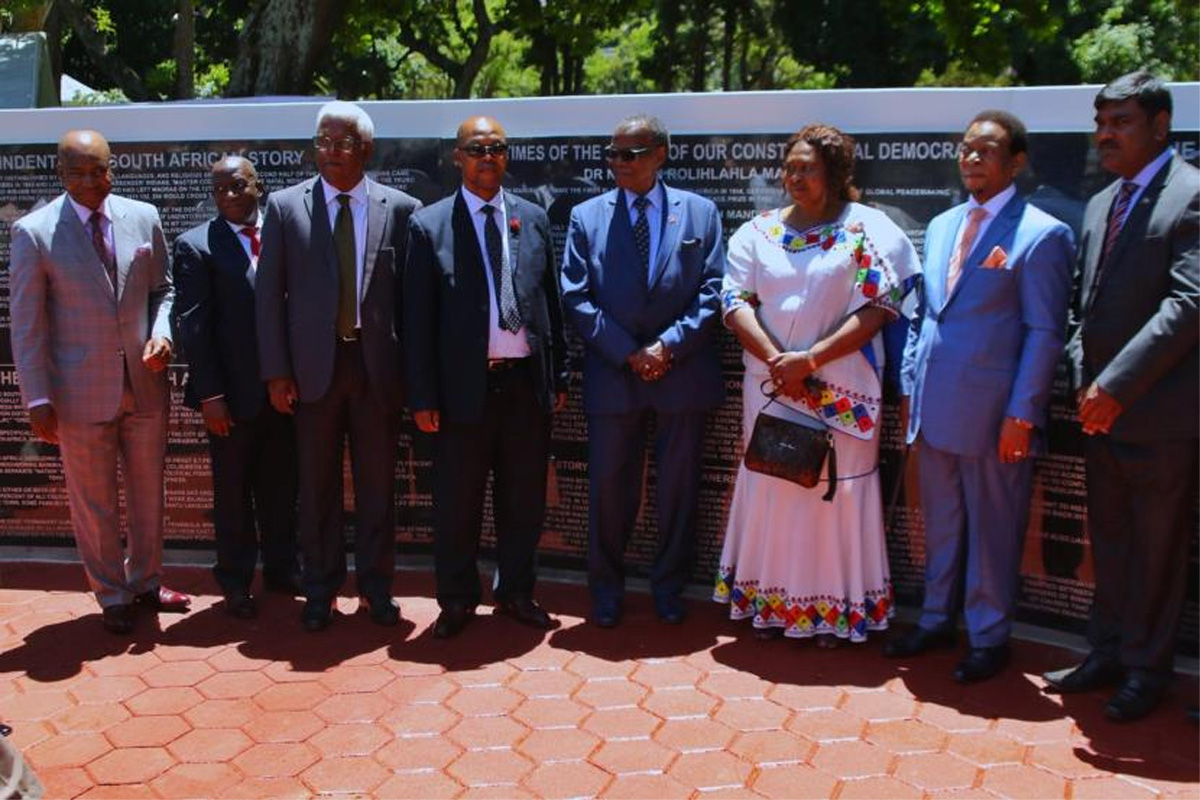 JOHANNESBURG, Nov 10: A triple monument as a mark of respect to the former South African president Nelson Mandela, Zulu king Goodwill Zwelithini and spiritual leader Swami Sivananda was unveiled in a public park in Durban on Thursday.
Besides the first busts erected together of Mandela and Zwelithini, there is also the latest Sivananda Peace Pillar, a project initiated by South African Indian-origin philanthropist and businessman Ishwar Ramlutchman.
Ramlutchman has also been anointed as an adopted son of the Zulu King, acquiring the title Mabheka Zulu.
“I have been associated with the Zulu monarch and the Zulu nation since I was 20 years old. I was touched by the simplicity and the contribution of His Majesty and Dr Nelson Mandela to society and decided to honour them by commissioning this monument of peace in honour of them,” Ramlutchman said.
Zwelithini commended Ramlutchman for having installed 14 Sivananda Peace Pillars across the province of KwaZulu-Natal already.
“The Sivananda Peace Pillars are a beacon of unity in diversity. They are a source of inspiration and a reminder that peace and love should transcend our human limitations,” Ramlutchman said, adding that he was humbled when the Dalai Lama gave his unconditional support for the project.
Ramlutchman said the latest monument would also include a plaque commemorating the first Indian indentured labourers who arrived in Durban in 1860. (AGENCIES)