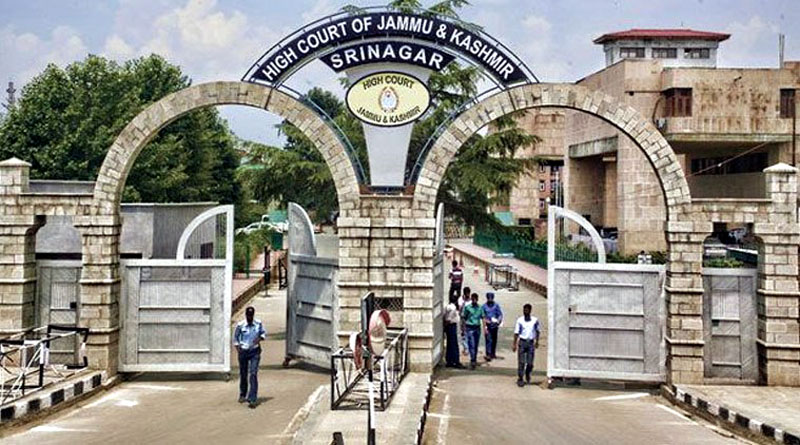 CS directed to look into quasi judicial functioning of Custodian

Fayaz Bukhari
SRINAGAR, Sept 26: Jammu and Kashmir Special Tribunal has asked the Chief Secretary to look into the quasi judicial functioning of the In-charge Custodian Kashmir for blatant misuse of his power.
District and Sessions Judge, Kossar Ahmad Qureshi, who is member of the Special Tribunal while passing a judgment in a case Mohammad Subhan Ahangar versus Custodian directed: “…it is deemed necessary to check the jurisdiction of Custodian to deal with Quasi Judicial functions, especially when it is said that he is not appointed as Custodian and thus not vested with the powers of Custodian rather is only an in-charge to the post. A copy of the order be sent to Chief Secretary of the State in this regard who may look into this issue”.
The order was passed after Custodian Kashmir, Bashir Ahmad, had directed (dated 19/01/2018) Station House Officer Sheeri Baramulla to lodge an FIR against sons of Mohammad Subhan Ahangar who “are bent upon to encroach evacuee property land measuring 3 marlas under Khasra number 616/1 belonging to Ahad and Aziz situated at Hewan Baramulla”.
Bashir Ahmad, who is Executive Engineer in Custodian Department and holds additional charge as Custodian Kashmir for last five years, has passed the order of lodging an FIR against Ahangars which the Tribunal says is “unwarranted, illegal, without jurisdiction” and blatant abuse and misuse of the powers by him.
“Prima facie it has been observed that impugned order has been passed without summoning and hearing petitioners. There is no proof in the subordinate file of Custodian to show that the property in question is evacuee property. The only report available in the subordinate file is the report of Tehsildar dated: 27/01/2018 and the same clearly reports that land in question measuring 3 marlas under Khasra No.616/1 is not an evacuee property”, read the judgment.
The judgment further read: “…passing of such an extreme and harsh order by Custodian whereby he is asking SHO concerned to lodge an FIR against petitioners is not only unwarranted, illegal, without jurisdiction but is a blatant abuse and misuse of the powers by Custodian. Impugned order becomes more harsh against petitioners when they have a Registered Sale Deed Dated: 29/06/1970 in their hand whereby their grandfather has purchased this property in question”.
“Judicial/Quasi Judicial functions are of highest legal sanctity which require to be discharged with highest amount of caution and great deal of sensitivity. In the present case Custodian has acted in an unacceptable, casual and non-serious manner, which has resulted in infringement of petitioners Constitutional Right to Property, besides his respect in the whole society is shattered. Impugned order of Custodian has unnecessarily dragged petitioners into un-warranted litigation and has caused injustice to them”, read the judgment.
Qureshi, in his order, said that the Custodian has acted in contrast to the principles laid down by Supreme Court. “Custodian has not only created unnecessary hardships for the petitioners but has put them to grave injustice by making the impugned order that too at their back”, read the judgment.
“Viewed thus Revision petition is accepted and the impugned order is set aside. Custodian department is directed to pay cost of Rs. 10,000/- to the petitioners for hardships faced by them”, the Tribunal directed.