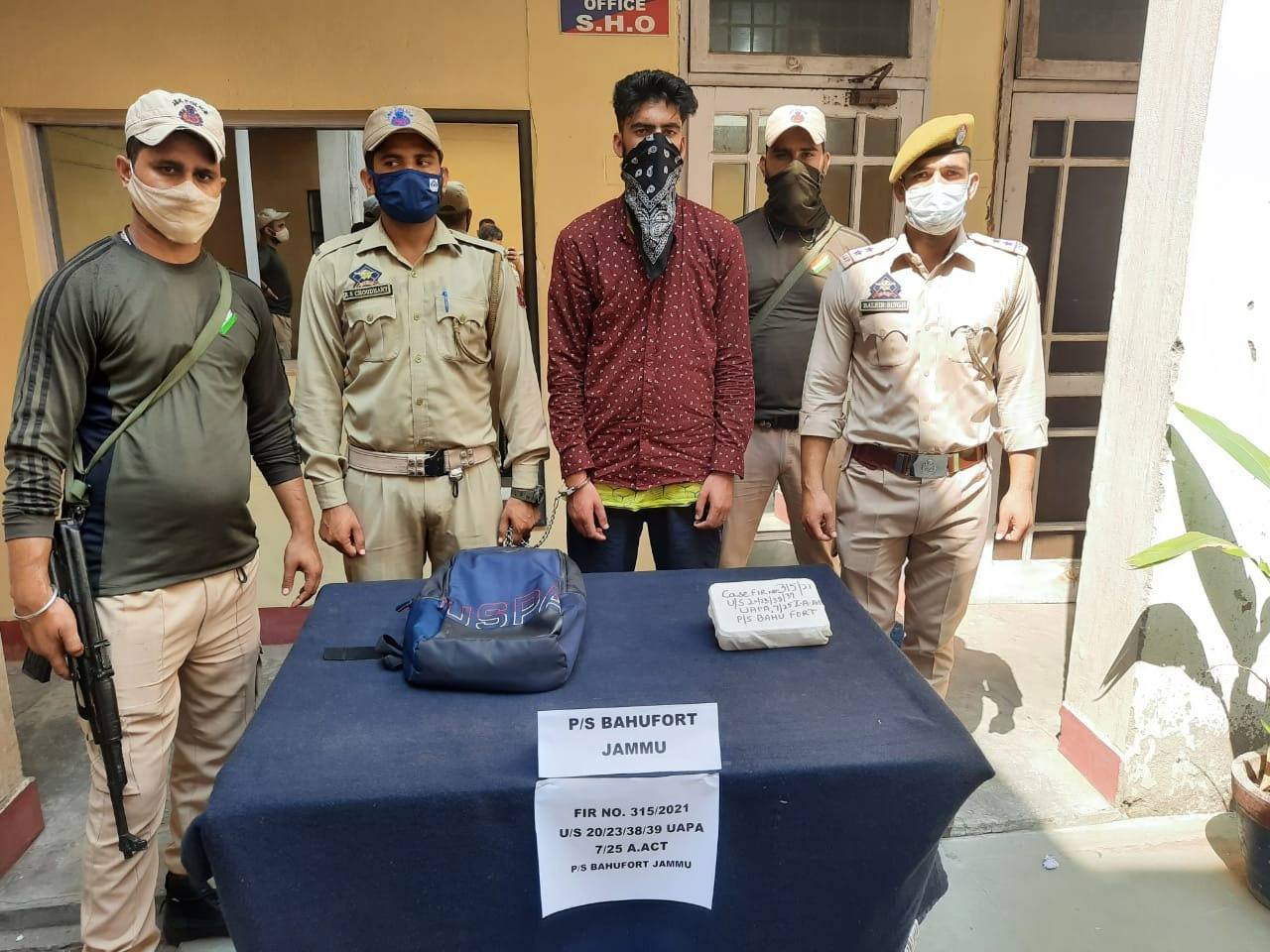 Jammu, Sept 26: The Jammu and Kashmir Police on Sunday arrested a militant affiliated with The Resistance Front (TRF), an offshoot of Pakistan-based Lashkar-e-Taiba near the Jammu Railway station, foiling a plan by the ultras to carry out an attack in the city.
Sheikh Sunain Yousuf alias Raja alias Sultan , a resident of Gadapora village of south Kashmir’s Shopian, was arrested and a pistol and seven rounds were recovered from him.
A hunt has been launched to nab two of his associates who provided support to him for reconnaissance, a police spokesman said.
On the basis of credible inputs about the movement of Kashmir-based militants to Jammu for a specific task to create terror in the area, he said Jammu and Kashmir Police’s Special Operations Group (SOG) Jammu laid ambushes at different locations in Jammu city.
During checking near railway station Jammu, a two-wheeler driver dropped a pillion rider about 50-60 metres behind the check point and sped away, the spokesman said.
He said the suspected person, carrying a bag, started moving fast towards a nearby bylane but was chased by police and overpowered at some distance.
The search of the suspect led to the recovery of a pistol loaded with seven cartridges, the spokesman said, adding he was put under sustained questioning on the spot by officials of SOG Jammu which revealed that he is an active militant of TRF and had come to Jammu for a specific task.
However, he said the task was not yet conveyed to him by his handlers.
He had come to Jammu on directions of handler Ahmed Khalid alias Hamza alias Haqparast , a Pakistan-occupied Jammu Kashmir (PoJK) based active handler of the TRF outfit, the spokesman said.
He said the militant was also in touch with valley-based handlers through telegram and signal apps.
The questioning of the arrested militant is going on. A hunt has been launched to nab two of his associates who provided support to him for reconnaissance, the spokesman said, adding more arrests and recoveries are expected at his disclosure.
A case under various sections of the Unlawful Activities (Prevention) Act and Arms Act was registered in Bahu Fort police station and further investigation is on, the spokesman said.
In this regard a case FIR no. 315/21
U/S 20,23,38,39 UAP Act 7/25Arms Act stands registered in Police Station Bahu Fort.
Further investigation of the case is going on.