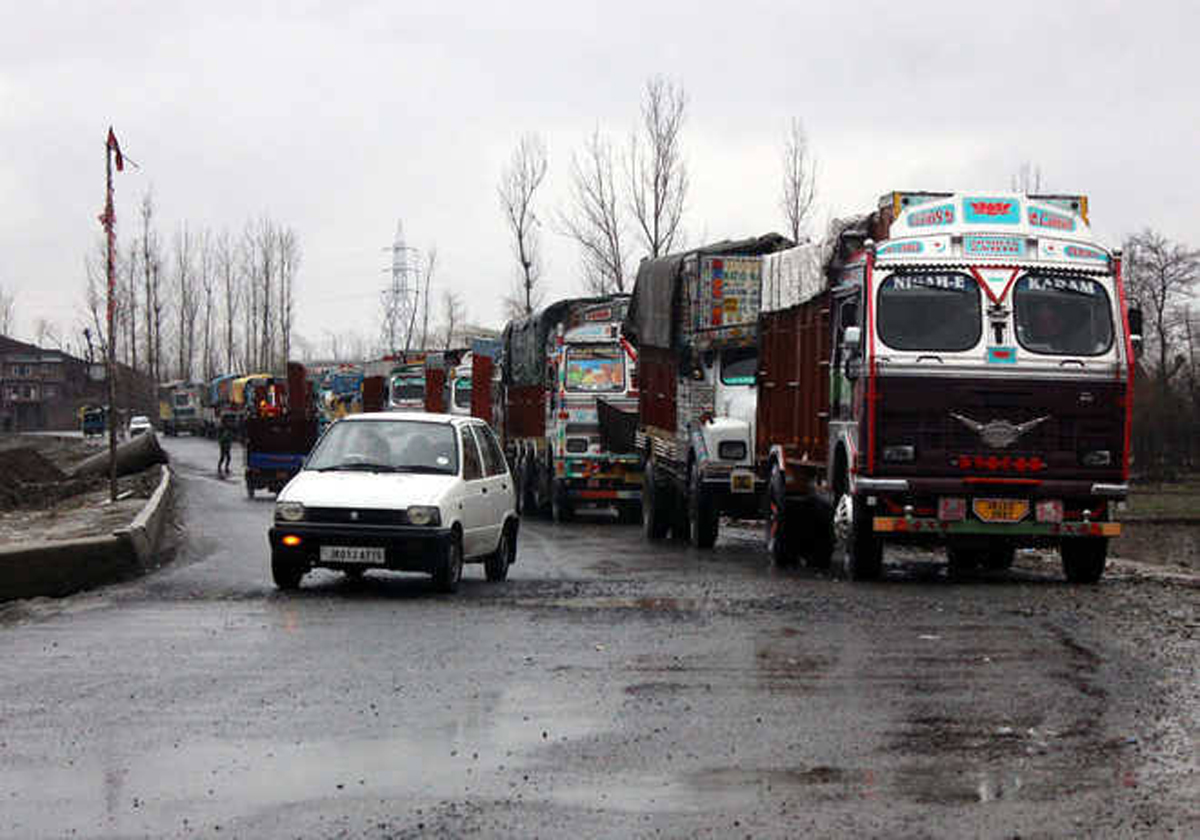 Excelsior Correspondent
JAMMU, Dec 4: Mughal Road which was closed about a week back due to heavy snowfall, is being reopened for traffic tomorrow while traffic on Jammu-Srinagar National Highway remained suspended for about 5 hours in Ramban area today.
IG Traffic, J&K, Alok Kumar told the Excelsior that Mughal Road which was closed due to heavy snowfall about a week ago, has been cleared. He said the Traffic Police officials in Shopian and Poonch areas will have trial run in the morning first and there after, the vehicular movement from Kashmir side will be allowed. In the afternoon, the traffic from Bafliaz (Poonch) side will also be allowed on this road.
He, however, said that Srinagar-Kargil-Leh highway was still blocked at Zojila. Hardly 2 kms stretch is left to be cleared by BRO men. By tomorrow, the snow will be cleared. He disclosed that at 7-8 locations in Captain Morh and ahead, avalanche and windstorm were creating hurdles. But the road is likely to be opened by Thursday afternoon. The traffic is likely to be restored on Srinagar-Leh highway on Friday, the IG said.
Meanwhile, the traffic on Jammu-Srinagar National Highway remained suspended for about 5 hours after shooting stones hit the road at Mehar. This area has become headache for the road users due to road widening activity. Due to falling of stones/ boulders on the road frequently during the entire day, the movement of traffic remained suspended for about 5-6 hours. Huge traffic jam was created on both sides in Ramban, Nashri, Chanderkote and Chenani area. The passengers suffered badly due to road blockade.