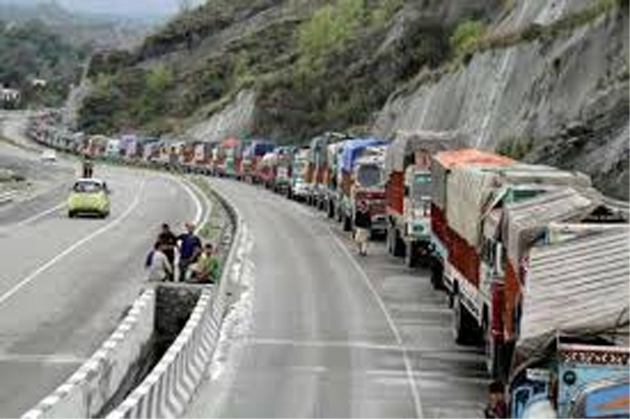 SRINAGAR : Traffic resumed on the national highway on Wednesday, the only road connecting Union Territory(UT) of Ladakh region with Kashmir, after remaining suspended from Tuesday evening due to landslides.
We allowed traffic on the 434-km-long Srinagar-Leh national highway, a traffic police official said this morning.
He said the highway was closed on Tuesday evening due to landslides at Zojila. However, the Border Roads Organisation (BRO), which has the responsibility of maintaining the highway pressed into service sophisticated machines and men to put through the road.
After getting the green signal from the BRO and traffic police officials posted at different places, we allowed traffic on the highway.
Meanwhile, a large number of vehicles, mostly trucks carrying essential items for the Ladakh region which were stranded on this side of the Zojila pass, including Sonamarg were allowed to move towards their respective destinations.
(AGENCIES)