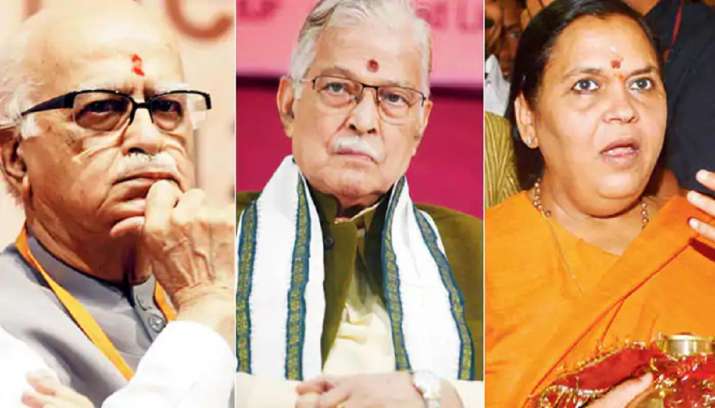 LUCKNOW : BJP veterans LK Advani, MM Joshi, Uma Bharti and Kalyan Singh, all accused in the Babri mosque demolition case, are unlikely to be present in the trial court on Wednesday at the time of delivery of verdict in the matter.
Their advocate KK Mishra also said that Ram Janmabhoomi Nyas chief, Nritya Gopal Das, too is unlikely to be present in the CBI special court here.
Of the other accused Vinay Katiyar, Dharamdas, Vedanti, Lallu Singh, Champat Rai and Pawan Pandey have reached Lucknow ahead of the pronouncement of the verdict.
The case relates to the razing of the disputed structure in Ayodhya on December 6, 1992.
The Supreme Court had fixed September 30 as the deadline for the trial court to pronounce its judgement in the nearly three-decade old case.
The 32 accused include former deputy prime minister Advani, former Union ministers Joshi and Uma Bharti, former Uttar Pradesh chief minister Kalyan Singh, during whose tenure the structure was pulled down, besides Vinay Katiyar and Sadhvi Rithambara. (AGENCIES)