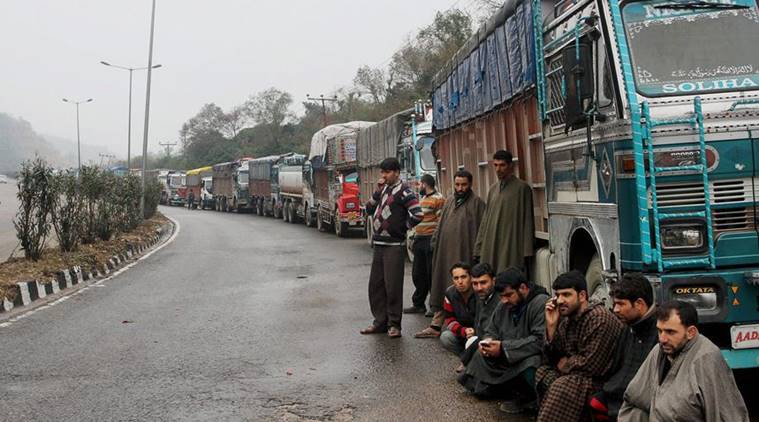 BANIHAL: Shooting of stones from a hillock overlooking the nearly 300-km long Jammu-Srinagar national highway forced suspension of traffic on the arterial road this afternoon, officials said.
However, efforts are on to clear the debris and ensure early reopening of the highway –- the only all weather road linking Kashmir with the rest of the country, the officials said.
Sub-Divisional Police Officer (SDPO) Deeraj Singh Katosh said the shooting of stones, triggered by rainfall, occurred at Panthiyal near Ramban at around 3.30 pm, causing damage to a mini-bus and a cab.
The passengers of both the vehicles escaped unhurt in the incident, he said adding that while the mini-bus was pulled out from the affected area, efforts are on to reach out to the cab.
Intermittent rains lashed Ramban-Banihal stretch of the highway since this afternoon. After closure of the highway, no vehicle was allowed to ply from either Jammu or Srinagar as a precautionary measure, Katosh said.
He said the blocking of the highway caused massive traffic jam and it might take some time before the traffic is allowed to move on the road.  (AGENCIES)