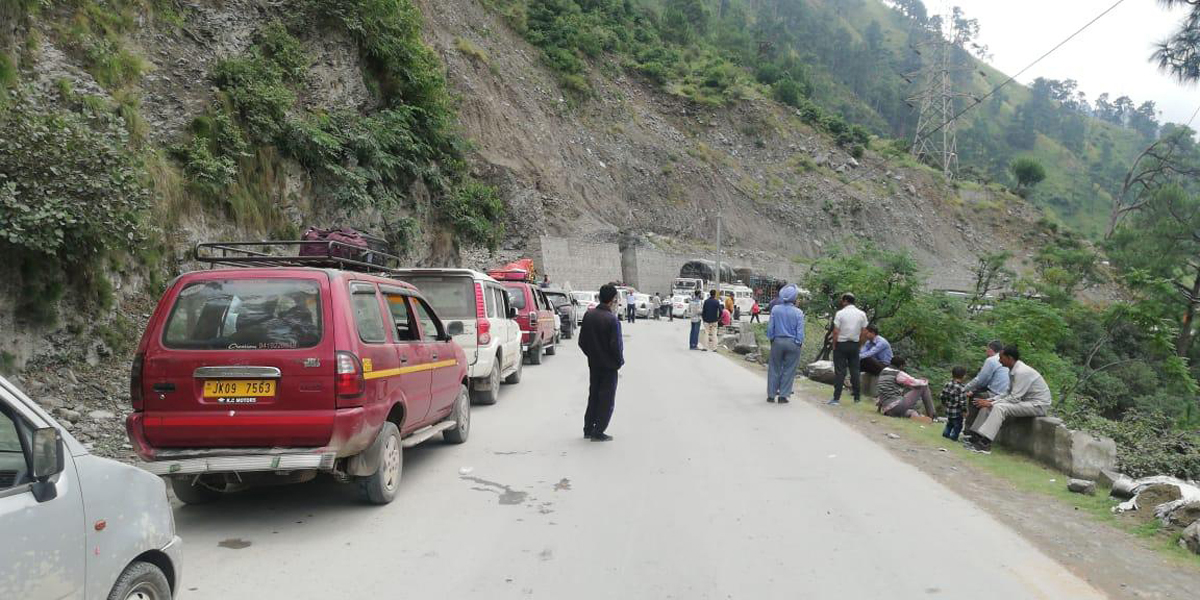 Solutions on short term basis may be devised in plenty to the problem of ever increasing traffic turnover on almost the same capacity of roads not only within Jammu city but throughout the National Highway even up to Lakhanpur , the entry point to the UT and even beyond touching parts of Punjab, there will be no major difference felt on the ground. A few days ago, it was not on Jammu -Srinagar National Highway but on Jammu -Lakhanpur Highway. It was , however, largely on account of the Jammu -Srinagar Highway remaining increasingly traffic busy and now with the sudden increase in truckloads of fruits from Srinagar deserving passage on priority basis due to the fragility of merchandise carried , a massive jam lasting over three hours occurred on Jammu -Samba Kathua -Lakhanpur National Highway.
The situation of the jam was unprecedented and resolving the mess needed much of efforts which situation perhaps was not anticipated resulting in halting of incoming traffic from Punjab and other states mostly carrying pilgrims of Shri Mata Vaishnodevi who got stranded for hours. Not to speak of the problems faced by employees, students etc doing up and down on daily basis. The need to give clearance to apple laden trucks is cardinal for the apples so as not to get perished or damaged . However, the risk of such haste in clearance is that of the chances of smuggling of drugs and narcotics or even arms. A system, therefore, needs to be evolved to regulate the traffic especially the incoming one and parking allowed for vehicles for necessary formalities at spacious places, necessarily not at the specific point of Lakhanpur only.