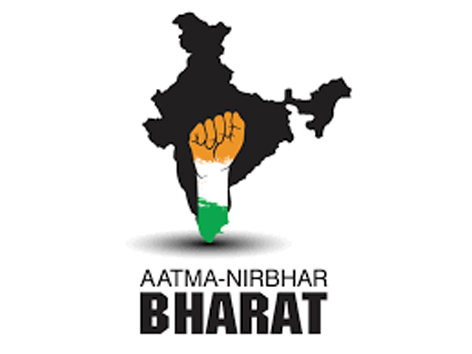 Anuj Kumar Verma
Atamnirbhar Bharat Abhiyan launched by the Government of India is the cynosore of every talks or discussions held by experts or even common people at different forums. The Novel Corona changed almost everything in our life; the rat race is slowed down drastically. Each one of us including governments are changing their perceptions, their visions. New economic orders have been emerging out of this Pandemic which shattered down the big economic hubs all over the world. Mistrust upon Chinese goods have been supplemented with Chinese ways of hiding the early spread of COVID19, especially in Wuhan city. The world is looking forward to boycott Chinese goods which had penetrated well consumers markets all over the globe. The recent examples being supply of faulty Rapid Test Kits to India by China, which were rejected by the ICMR and returned back. Likewise, countries like Spain, Czech Republic, Slovakia, Turkey and Britain, all have received faulty supplies of PPE kits and facemasks from China. Chinese are no more trust worthy; they have habits of flooding world markets with cheaper but sub standard even highly non biodegradable products right from a pin to ship. But, the people and Government of India have made up their minds to reject Chinese Goods and go for self production of all goods required in the local markets of 130 crores of consumers in India. We may not go far; Chinese manjha, made of very thin nylon threads, during last few years, replaced our traditional manjha used for flying kits. Indian traditional manjha is made up of normal cotton thread which is not so dangerous for birds, animals, human beings and is biodegradable within month’s time; Whereas the Chinese manjha is cause for thousands of deaths of birds and animals, every year, even dangerous for humans; And is non bio degradable for years together. This gets mixed up with street garbage and many times consumed by stray cattles. Even ban imposed upon this dreadful Chinese nylon manjha could not stop its usage by kite flying lovers. As per a rough estimate, Chinese manjha worth crores of rupees enter the small market of Jammu every year. We need to pledge neither to import, store, sell or buy this manjha. Even human lives are also endangered. The list of such products is very long which can be rejected at ports, itself, due to their poor quality or harmful effects on environment.
Value added agricultural products are being imported from China and other countries whereas India has between 20-45 percent post harvest losses in fruits and vegetables; which could easily be channelised for high quality processing and value addition. The post harvest losses should be brought down to between 0-5 percent with use of best state of the art technology. There should be no wastage of food grains. No doubt, work is already going on with farmers getting united in Farmers’ Producers Organisations and major reforms introduced in APMC Act and marketing of fruits and vegetables by the Government of India. Intiatives like e-NAM, Gramin, FPOs, crop insurance, Kissan Samman Nidhi, increasing Storage capacity drastically, promotion of all Agricultural activities including dairy and poultry, liberal credit linked subsidy and credit linked seed capital funding under the Atam Nirbhar Abhiyan is going to make an unexpectedly very huge difference. MSME industrial unit holders are also given a huge package to improve their liquidity and upgrade infrastructure. The results have already started coming.
One thing needs to be kept in mind and considered seriously by all our Indian Start Ups that before going for exports of our products, we need to tap a market of 130 crore consumers in India, itself. One major aspect of the Atam Nirbhar Abhiyan is that we Indians should be the producers, processors, sellers, buyers, consumers and even exporters. We need to brace up our skills and expertise with open minds, maintaining a balance between our natural resources and the latest know-how. Even Government administrative as well as extension workers need to be always on their toes giving timely and the best response to problems of producers, processors, traders and consumers. Food Safety Organisations need to tighten up their laces with the latest machinery and full manpower deployed in the field. We need to be honest and sincere with ourselves, with fellow citizens and the country. Let’s make our producers, our processors, our industrialists, our traders, our consumers rich and self reliant. For this apart from adopting honesty, and a constructive approach, we need to work hard and contribute fully in nation building.
Corrupt and mal practices, whether in public, private or business sector, should have no place in our society. The lock down has given us some very good lessons too; now we are more dependent upon digital transactions, on line official communications, on line education, online filing system even online bidding and placing of orders for goods from traders/ wholesalers. We need to continue with all such practices learnt during present times of Lockdown and Unlock down. This is important for our existence, survival and success. One thing I would like to mention here is that the migration of labourers back to their native places is a blessing in disguise. Localites are getting employment in their own villages, towns and cities. Even the Government has enhanced NREGA wages. Otherwise, labourers migrating to far away cities in search of employment was a big nuisance. Now, localites are getting good wages that too in their native places. Those skilled ones are also induced towards initiating their own startups in towns and villages, they live in. Solution to a number of problems of locals can be provided by the psychologists, if engaged at each at block level.
feedbackexcelsior@gmail.com