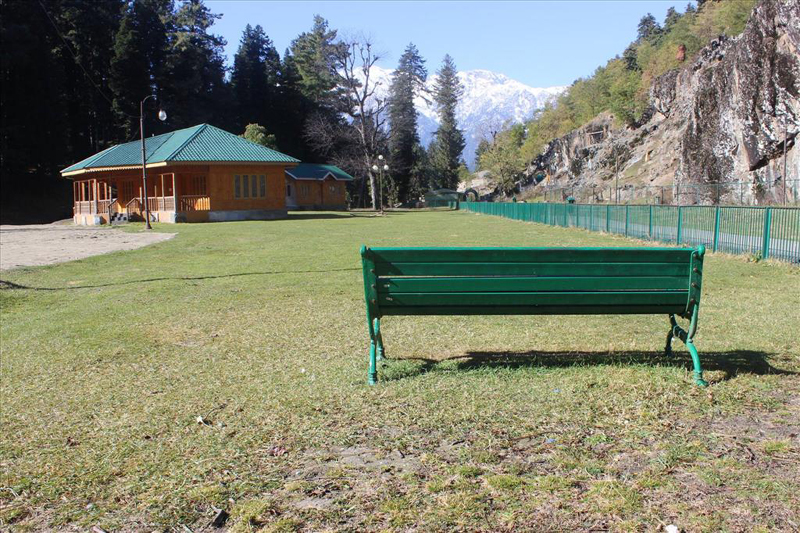 SRINAGAR, Aug 20: The Centre Government’s decision to scrap special status and bifurcate the State has badly hit the tourism industry as tourists have left the Valley and all the hopes of those associated with it have begin to crumble.
Kashmir’s famous Dal lake, which is usually abuzz with tourists, is deserted. The Shikarawalas have moored their boats at the banks and the road circling the lake look desolate. Almost all the tourists have left the Valley forcing the hoteliers and restaurant owners to lock their hotels.
Ghulam Nabi, 53, a Shikara owner looks downcast. He has not earned anything for the last 15 days making difficult for him to make his both ends meet. He has been running Shikara in the lake for the last 30 years and has never faced such situation. “I have never faced bad times. I used to earn Rs. 500-600 per day but have not earned a single rupee for last two weeks. I have never seen such a bad situation here,” he said, adding that the State has witnessed the worst times before but never has Government issued an advisory to leave the Valley.
A day after the Article 370 was abrogated and State was bifurcated, the tourists were asked to leave the Valley to avoid any untoward incident. The decision came at the peak of a tourist season and when tourist footfalls had just picked up. The tourist arrivals have slumped after the Pulwama attack. The attack escalated the tensions between India and Pakistan and brought them on the brink of a war.
One of the hotel owners in Srinagar told Excelsior that they have been battling with low tourist numbers since last one year and situation had slightly improved this season. “The situation had improved with the annual Amarnath Yatra. More tourists had started to come here, but the current situation has put final nail in the coffin of tourism sector in Kashmir. We are facing the worst ever crisis here,” he said, adding that it would need special efforts for the Government to reverse the situation.
The outsiders who have been working here for many years are planning to leave the place and are not sure about their return. Kuldeep, who has been working at a local hotel here, said that he is waiting for his pending salary and planning to leave the Valley. “I have been here for the last one decade and has never seen such situation. Our restaurant is shut for last 15 days and communication lines are down. My family has no information about me,” he said, adding that he was waiting for the pending salary and would leave in a few days.