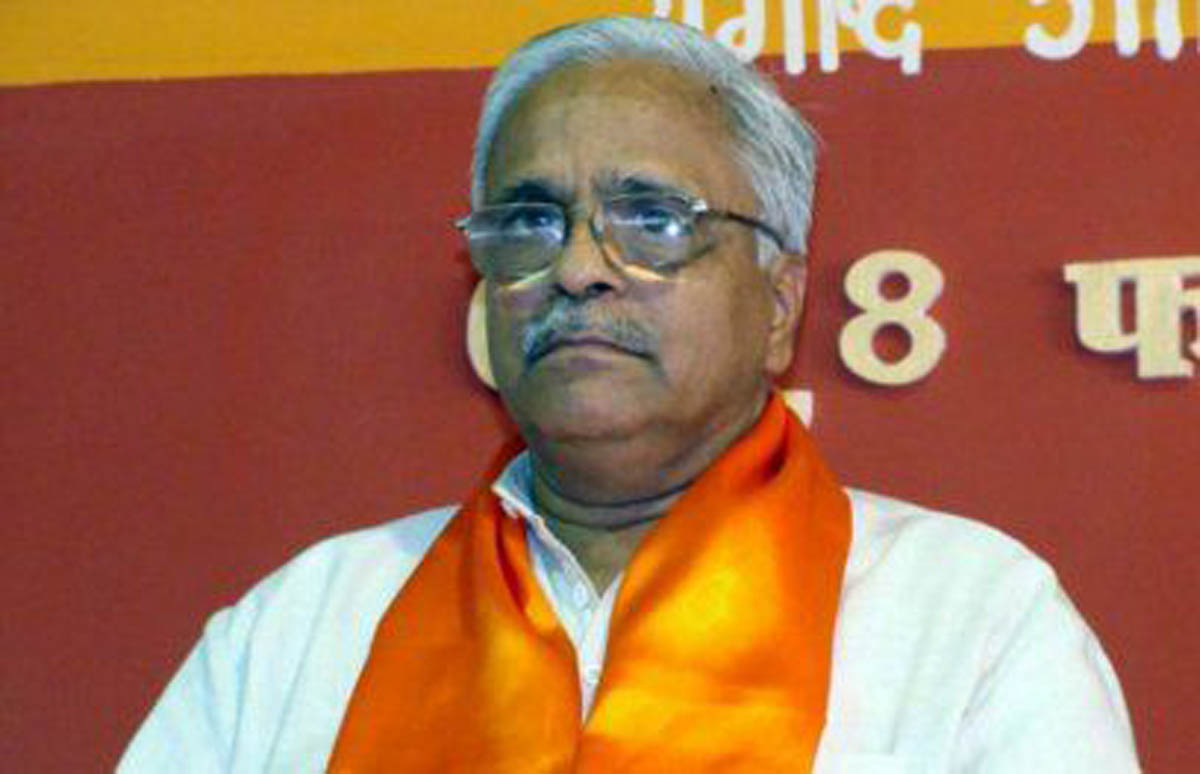 BJP defeat in Ladakh to figure

JAMMU, Dec 24: Rashtriya Swayamsevak Sangh (RSS) Sarkarivah (national general secretary) Bhaiya Ji Joshi is arriving on two days tour of Jammu tomorrow morning.
Joshi, who is second in the RSS hierarchy after its chief, Dr Mohan Rao Bhagwat during his two days hectic schedule of Jammu will discuss the prevailing political situation in the State with RSS, Bharatiya Janata Party (BJP), VHP leaders and representatives of other sister organisations of Sangh Privar.
Sources said, RSS leader will meet senior BJP and Sangh Parivar leaders from Ladakh here on December 26 and discuss the prevailing situation with them. The former BJP MP from Ladakh, Thupston Chewang who has recently resigned from BJP and whose resignation has not been accepted by the party as yet, has also been invited to the meeting, sources added.
They said that RSS leader will have detailed deliberations with the BJP and Sangh leaders from Ladakh. The meeting is being viewed as significant since the recent drubbing of BJP in Urban Local Bodies (ULB) elections in Leh as Sangh has taken serious exception to it, they added.
Joshi will discuss the causes of the same with leaders form Ladakh and also deliberations will be held on the main demands put forth by the Ladakh Bhudhist Association during 2014 elections which included grant of UT status to Ladakh, inclusion of Bhoti Language into Eighth Schedule of Indian Constitution and grant of one ministerial berth to Ladakh in Union Council of Ministers.
Sources said that there is lot of resentment in Ladakh as BJP failed to fulfill these promises after coming to power at Centre especially not giving representation to this remote region in Union Council of Ministers regarding which a public announcement was made by senior BJP leaders including Union Minister, Nitin Gadkari during a rally in Ladakh in 2014.
Sources said that efforts will be made to motivate the aggrieved BJP leader from Ladakh not to quit the party and he will be given all assurances from the Sangh leader that their grievances will be redressed.
The other members from Ladakh, who will attend the meeting included CEC, LAHDC, Leh, Jasant Tsering Namgyal, the leaders of Ladakh Kalyan Sangh an offshoot of RSS, Vijay Cherring, RSS Karivah (general secretary) Leh besides former Minister and MLC, Chering Dorjey.
The RSS leader will try for patch up between aggrieved Ladakh leaders and BJP so that the party recovers its lost ground in the region. The Lakakh leaders will reach here tomorrow, sources added.
Sources said, the RSS leader will also hold the meeting with BJP Core Group tomorrow afternoon and discuss the prevailing situation in the State with them. The coming Parliamentary elections will also be discussed with both BJP and Sangh leaders. The RSS leader will also seek a feed back from both BJP leadership of the State as well as leaders of Sangh and its sister organizations including VHP and Bajrang Dal regarding holding of Assembly elections which have become due after the dissolution of Assembly in the State recently.
Sources said the views of BJP and Sangh leaders will also be sought whether holding of Assembly poll with Lok Sabha elections will be feasible for the State or may be deferred in view of the prevailing situation in Kashmir. The RSS senior leader will take complete feed back on this issue, sources added.
Besides the situation on borders, issues of West Pak refugees, PoK refugees and Kashmiri displaced people will also be discussed with the leaders of BJP and Sangh leaders, sources said.
Sources said that besides the BJP Core Group, Joshi will also hold separate deliberations tomorrow with RSS Pracharaks and its senior leaders on the prevailing situation and other public welfare projects launched by Sangh in the State.
Sources said after holding meeting with leaders from Ladakh, the RSS national leader will also lay foundation of a Multipurpose Project to be constructed at Purmandal in Samba district on December 26 by the Sangh.
He will also address a meeting of RSS activists and supports after laying of foundation stone.
Soon after his arrival here tomorrow he will hold meeting of the RSS supported organizations at Keshwaw Bhawan Ambphalla and seek detailed reporting on the working of various Sangh supported organizations in the State.