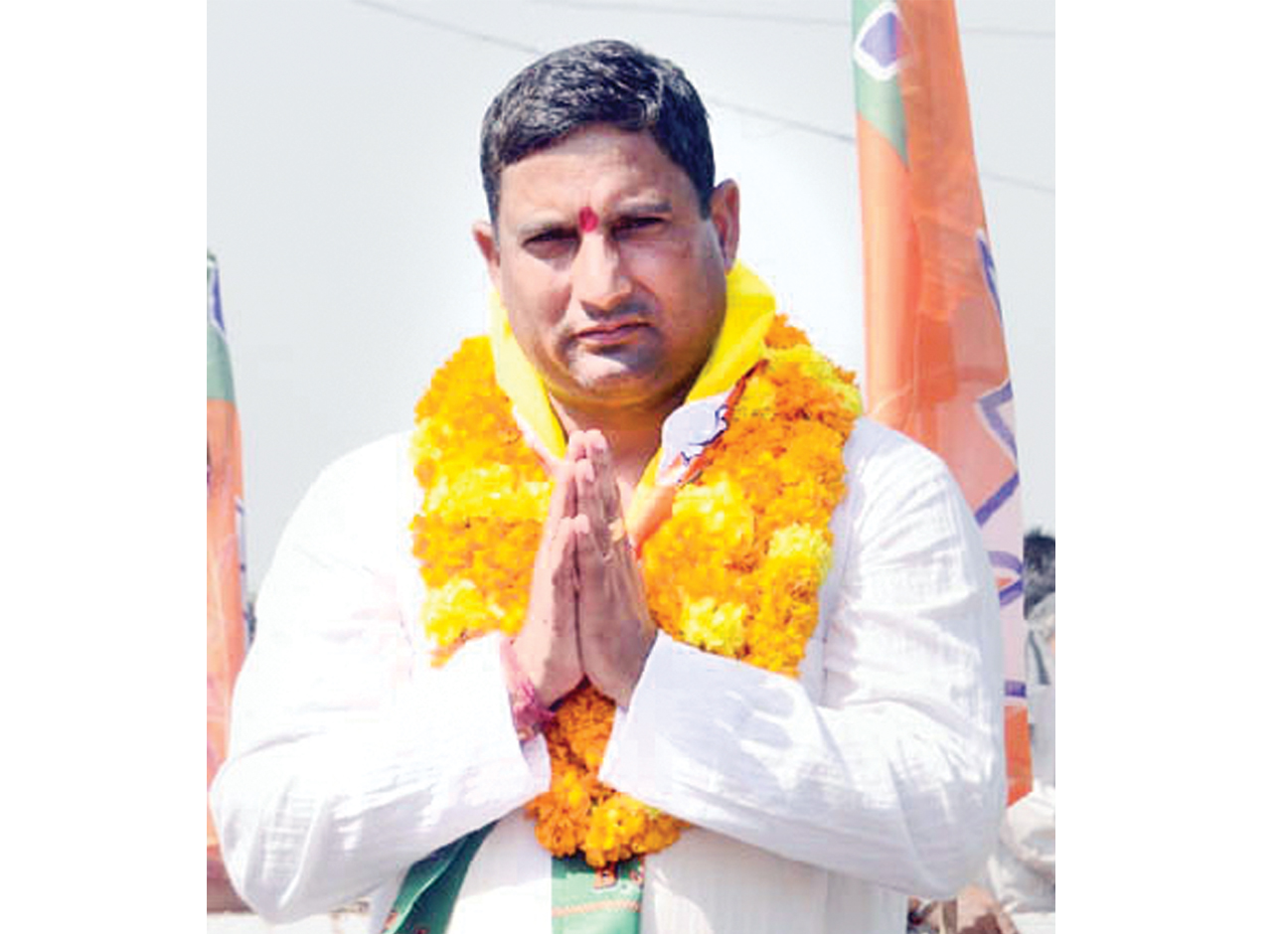 JAMMU: Residents of Ward Number 61 faced numerous problems on account of shortage of drinking water, dilapidated condition of lanes and drains, unscheduled power cuts , insanitary conditions and no dispensary and no Higher Secondary School. But, the people have high hopes that their representative will get their issues addressed.
The Ward comprised Patta Paloura, Anand Nagar, Pomal, Udhaywala, Saraswati Vihar, Manorma Vihar, part of Santra Morh, Om Nagar, Kailash Vihar, Ambika Vihar and few other areas.
Insanitary condition is also a main issue, which the residents are suffering. Heaps of garbage can be seen often in the areas falling under this Ward.
“The insanitary condition in our Ward needs immediate attention on priority as breaking out of health related problems looms large”, one resident, Sham Lal said.
Still other people had complaint regarding lack of street lights and disposing off the garbage.
Unscheduled and long duration power cuts is other issue, which the residents of this Ward raised. “This issue needs to be resolved on permanent basis”, a resident, Rajinder Bhagat argued.
Drinking water is not being supplied on regular basis. Due to its irregular supply, we cannot carry out our routine work including cooking food, washing clothes and others jobs, Seema Sharma of Om Nagar said.
Ranjana Kumari of Saraswati Vihar also focussed on scarcity of water as old rusty pipes lines of PHE water supply lines are damaged leading to leakages. Sweety Rani, a house- wife in the Ambika Vihar and Ramesh Chander of Manorma Vihar also complained of water scarcity in their localities.
In our Ward, the lanes and drains need to be repaired immediately. “Choked drains should be cleaned for free flow of water”, Sunita Kumari said, adding that dumping of garbage is also an issue in our Ward, which the Corporator should take care at the earliest.
“In our area, most of the drains remain choked due to less number of safaikaramcharis. Moreover, there is no step to remove the silt from the lanes said Parul Sharma, a college going student living in Kailash Vihar.
A general demand of this Ward is immediate construction of public toilets at different points. Slochna Devi rued that there were no public toilets in their locality and demanded that the same should be constructed early.
One Surinder Singh pleaded that the poor people should get benefits of Centre’s schemes and financial help for constructing toilets under Swachh Bharat Mission.
Ashok Kumar of Ambika Vihar complained that there is no garbage collection bin in any part of the Ward. Some people, including shopkeepers throw the solid waste into the drains which get blocked and dirty water out-flows on the roads and streets.
A housewife, Sushma Sharma of Om Nagar pinpointed the problem of stray dogs.
A resident of Santra Morh, Sansar Chand, a senior citizen finds it difficult to walk through the streets due to absence of street light in the locality.
Drug menace is spreading among the youth of the Ward which is a matter of concern for the residents. They seek immediate attention and action-oriented policy for it.
During interview with Mohinder Kumar Bhagat, BJP Corporator from Ward No-61, he elaborated his journery to be a Corporator. Due to his past social performance and strong contact with people elected him victorious as Corporator.
Since then he claimed to have been working tirelessly for welfare and up-gradation of civic amenities is liked by the people. The major works which he tends to get executed during his tenure include creation/upgradation of parks, tubewell dugging at places where there is scarcity of water supply, construction of roads/drains/lanes and also blacktopping, construction of drains, removal of fluctuation in electricity supply breakdown and augmentation of water supply in the area.
On being asked on his priorities, Mohinder said he pledged to work whole-heartly for the welfare of people and development of this Ward.
During the conversation, Mohinder said, “I will also impress upon for allocation of more/extra funds for development works in this Ward. These funds will be utilized judiciously prioritizing cleanliness and sanitation.
“I have a vision of making my Ward a Model Ward. “I have already started working on this”.
“I will like to request the public of my Ward to stop using poly bags which choke the drains leading to several problems,” he said. The people should also stop throwing their garbage here and there and dispose it off only at garbage dumping places in the Ward till the dustbins are installed, he added.
Apart from this, he informed that some free medical camps, upgrading existing primary school to Higher Secondary level and cremation ground, two community centres and Public Health Centre in this Ward figured in his plans.
Mohinder also expressed desire to do something for the welfare of women of his Ward, helping poor residents by way of getting them BPL ration cards, houses for poor and other facilities shall be his priority of agenda.

J&K launches first phase of ‘One Nation One Ration Card’

BJP Govt at Centre committed to provide all basic facilities to people: Kavinder