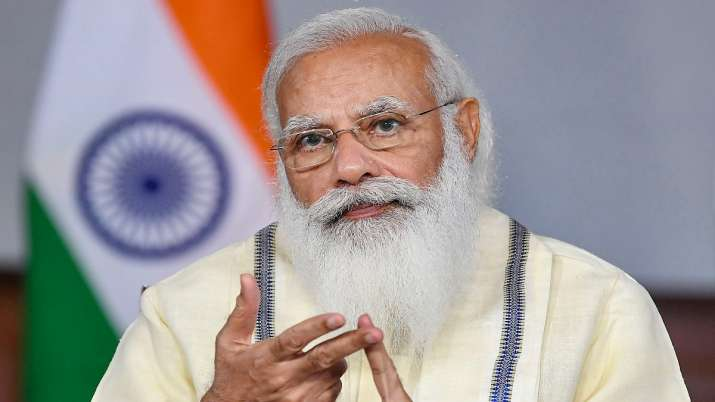 Discussions likely on delimitation of seats

JAMMU, June 22: A day ahead of All Party Meeting convened by Prime Minister Narendra Modi for talks on Jammu and Kashmir, the Election Commission of India representative will be meeting virtually in two sessions with all 20 Deputy Commissioners of the Union Territory to take data and hold interaction on various issues with them pertaining to delimitation of 90 Assembly constituencies.
Deputy Election Commissioner Chandra Bushan Kumar will meet 10 Deputy Commissioners in one session and 10 others in the second session, official sources told the Excelsior.
The first session has been scheduled from 11 am to 12.30 pm in which the Election Commission representative will hold virtual meeting with the Deputy Commissioners of Jammu, Samba, Rajouri and Poonch districts of Jammu region and Kupwara, Bandipora, Baramulla, Srinagar, Ganderbal and Budgam districts of Kashmir division.
The second session of the virtual meeting will be held between 1.30 pm to 3 pm in which the Deputy Commissioners of Kishtwar, Doda, Ramban, Udhampur, Reasi and Kathua districts of Jammu division and Pulwama, Shopian, Kulgam and Anantnag districts of Kashmir will join.
In the first session, the districts falling under Jammu-Poonch, Srinagar-Budgam and Baramulla-Kupwara Lok Sabha seats will be covered while in the second session, the districts of Udhampur-Doda and Anantnag-Pulwama Parliamentary seats will be discussed.
This is the first meeting called by the Election Commission’s representative with the Deputy Commissioners of Jammu and Kashmir, who also happen to be the District Electoral Officers (DEOs) after the Delimitation Commission was set up in March 2020.
The Delimitation Commission headed by Justice (Retd) Ranjana Prakash Desai had held meeting with five Associate Members, who happen to be the Lok Sabha MPs from Jammu and Kashmir in February this year.
After completion of one-year term of the Delimitation Commission on March 5, 2021, the Law Ministry had extended its tenure by another tear i.e. till March 2022.
Sources said the Election Commission’s representative is expected to gather details on the Assembly constituencies within the districts of the Deputy Commissioners including those reserved for Scheduled Castes and population of SCs and STs.
It may be mentioned here that the Central Government has decided to give representation to both SCs and STs in 90-member new Assembly of the Union Territory of Jammu and Kashmir. In the previous Assembly, eight seats were reserved for the Scheduled Castes while in the next Assembly 10-12 seats could be reserved for the Scheduled Tribes besides the SCs.
The Commission has been mandated to delimit the constituencies of the Union Territory in accordance with the provisions of Part V of Jammu and Kashmir Reorganization Act, 2019 and Delimitation Act, 2002.
While splitting Jammu and Kashmir into two Union Territories through the Reorganization Act, the Union Home Ministry had increased Assembly seats of Jammu and Kashmir by seven taking total seats to 114-24 of which are reserved for Pakistan occupied Kashmir (PoK) while election will be held for 90 seats.
Erstwhile State of Jammu and Kashmir had 111 seats including 24 reserved for PoK while elections were held for 87 seats. With creation of Ladakh as Union Territory, four seats of the region were reduced and the Assembly was left with 83 seats. However, with increase of seven seats, J&K UT will have an Assembly of 90 seats. Two women MLAs will be nominated to the House, which was the position earlier also.