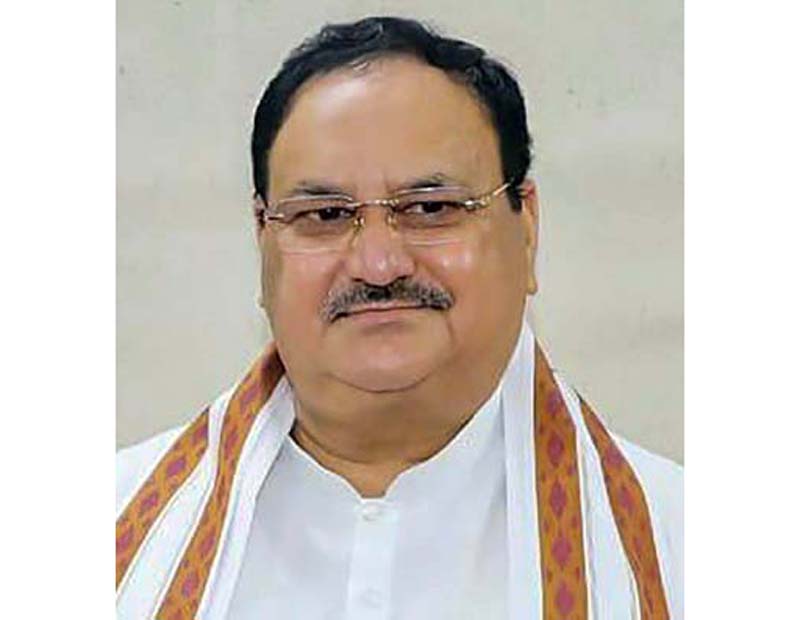 UT leaders asked to meet beneficiaries of 370 abrogation
Sammelans of OBCs, Gujjar, Bakerwals, others to be organized
Sanjeev Pargal
JAMMU, Dec 6: Top BJP leadership including Prime Minister Narendra Modi, Home Minister Amit Shah and national president JP Nadda will be visiting Jammu and Kashmir in first three months of next year and will hold public meetings across the Union Territory even though senior party leadership remained non-committal on when the Assembly elections will be held despite completion of requisite formalities like delimitation of Assembly constituencies and revision of electoral rolls.
BJP chief JP Nadda will be visiting Jammu and Kashmir with start of the new year in January and this will be his first full-fledged visit to the Union Territory after becoming the party president when he will be addressing two to three public meetings.
Nadda had visited Jammu only once on a day’s visit when he paid obeisance to widely revered Goddess Mata Vaishno Devi Ji and met UT office bearers during his tenure as party chief.
In January, Nadda’s visit will last two-three days during which he is expected to address two massive public rallies in Jammu and one in Kashmir.
In the month of February, Union Home Minister Amit Shah will be visiting Jammu and Kashmir again. He too, apart from officials engagements like review of security situation, will address the public gatherings in both divisions of Jammu and Kashmir.
In March, Prime Minister Narendra Modi will visit the Union Territory. However, his visit will be confined to a day but he will also tour both divisions and, significantly, will address public gatherings.
Modi and Shah are expected to announce series of new projects and development initiatives for Jammu and Kashmir and launch the projects which will be completed by then.
Besides Modi, Shah and Nadda, BJP national general secretary (organizations) BL Santosh will also be undertaking couple of visits to Jammu and Kashmir in the beginning of 2023.
When asked whether visits by top BJP leadership should be perceived as the party’s preparations for Assembly elections in Jammu and Kashmir, the senior BJP leadership couldn’t say anything on the ground that conduct of polls is essentially the domain of the Election Commission of India and it has to take a call.
However, they admitted that after completion of Delimitation Commission exercise and publication of electoral rolls, no ground is left for delaying the Assembly elections beyond May as weather conditions remain very harsh till March in the Kashmir Valley as well as upper reaches of Jammu.
However, the Election Commission too has to seek report on security situation in Jammu and Kashmir from the Union Home Ministry and J&K administration or it can send an independent team to the UT as well for assessment of the situation.
Meanwhile, BJP UT chief Ravinder Raina today briefed Nadda on various aspects of situation in Jammu and Kashmir especially the political activities undertaken by the party and its frontal organizations to strengthen it at grassroots level, in New Delhi during BJP’s two-day meeting.
Nadda was all praise for Raina for successfully running the organization and coordinating in two massive rallies addressed by Amit Shah in Rajouri and Baramulla in the month of October.
“The BJP UT leadership has been asked by Nadda to conduct public outreach among beneficiaries of Article 370 abrogation including Gujjars and Bakerwals, Gaddis and Sippis, West Pakistani refugees, Gorkhas, Valmikis, women, Pahari Tribal Community and others,” the party leaders said.
They said the UT leadership of the BJP has been asked to focus on districts dominated by the majority community including Doda, Kishtwar, Ramban, Rajouri and Poonch in the Jammu region and entire Kashmir Valley as it presumed the majority community-led districts will back the BJP.
“The BJP high command has also asked the BJP leadership to organize `Sammelans’ of Gujjars and Bakerwals, OBCs and other communities to spread awareness about the BJP’s programmes and policies for them,” the sources said.
Meanwhile, two-day meeting of the BJP national office bearers and State/UT chiefs and general secretary (organizations) concluded in New Delhi this evening.
It was addressed by Prime Minister Narendra Modi and BJP president JP Nadda among others.
BJP general secretary Incharge Jammu, Kashmir and Ladakh, Tarun Chugh, Co-Incharge Ashish Sood, national secretary Narinder Singh, BJP J&K president Ravinder Raina and general secretary (organizations) Ashok Koul attended the meeting among others.
Nadda asked party leaders to launch a ‘house to house’ campaign to reach out to people and build “emotional connect” with them.
Addressing BJP office-bearers from across the country, he said all state units would launch the exercise and added it should not be limited to handing over some party literature to people.
Party members should discuss issues with the people, understand their problems and help them address their concerns, he said, according to a party statement.
The highlight of Nadda’s address on the last day of the two-day meeting was his emphasis on connecting with the people.
“BJP workers should build direct contact with every home through the ‘house to house’ campaign so that they are seen as members of the households, standing with them in most difficult times,” he said.
India’s G20 presidency also came in for discussion and stress was laid on informing people about this “global achievement”.
Nadda also noted that various welfare measures of the Modi government had uplifted the living standards of over 60 crore people and said the BJP should reach out to them.