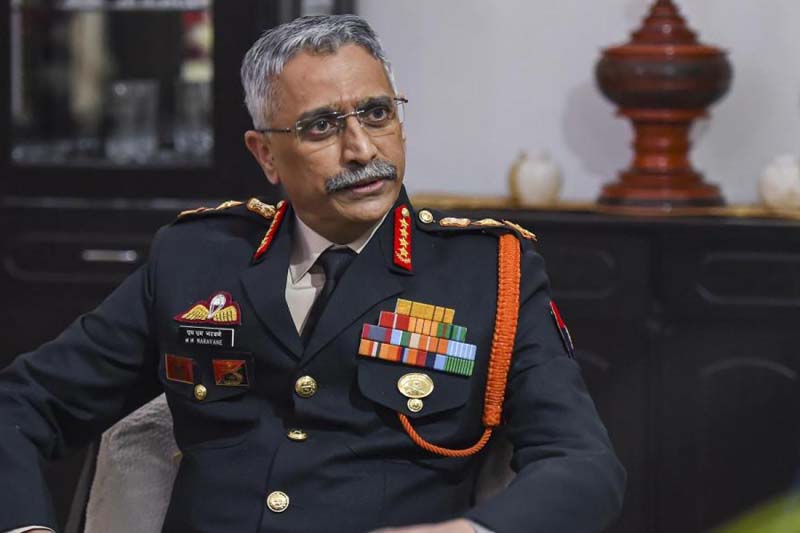 NEW DELHI, Oct 25: Top Commanders of the Indian Army today carried out a comprehensive review of the country’s security challenges, including in Eastern Ladakh and other sensitive areas along the Line of Actual Control (LAC) with China, on the opening day of a four-day conference, people familiar with the developments said.
The Commanders also deliberated on the security scenario in Jammu and Kashmir in the face of a spate of killings of civilians in the Union Territory in the last few weeks, they said.
The conference chaired by Chief of Army Staff Gen MM Naravane is taking place in the national capital.
They said the top commanders reviewed India’s combat readiness in eastern Ladakh where Indian and Chinese troops are locked in a bitter standoff for 17 months, though the two sides have completed disengagement at a number of friction points.
Defence Minister Rajnath Singh is expected to address the commanders on Wednesday.
They said the commanders also deliberated on issues relating to human resources and reform measures in the 1.3-million-strong force.
The conference is an institutional platform for conceptual-level deliberations, culminating in making important policy decisions for the Indian Army.
Chief of Defence Staff Gen Bipin Rawat, Navy Chief Admiral Karambir Singh and Chief of Air Staff Air Chief Marshal VR Chaudhari are also scheduled to address the senior leadership of the Indian Army on avenues for promoting tri-service synergy. (PTI)