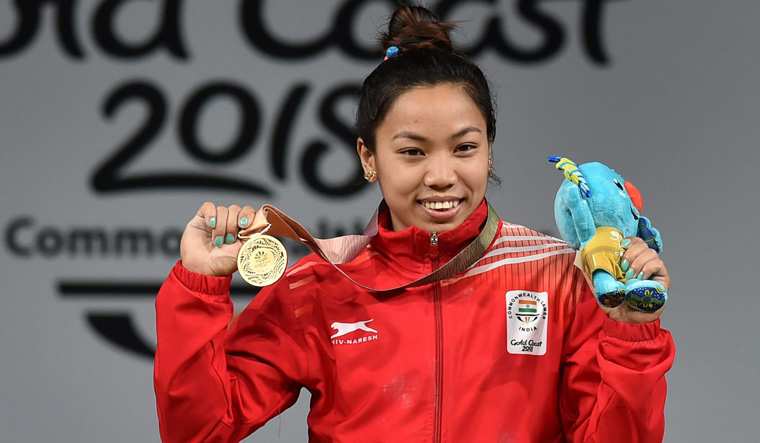 IMPHAL (MANIPUR): Manipur Government on Monday decided to appoint Olympic silver medallist Saikhom Mirabai Chanu as Additional Superintendent of Police (Sports) in the police department.
Manipur Chief Minister N. Biren Singh made the announcement during the inspection of the installation of the cryogenic oxygen plant at Porompat and the construction of COVID hospital by DRDO at Kyamgei on Monday.
“Mirabai Chanu would also be rewarded with Rs 1 crore as announced by the government,” he told media persons.
He also said Olympian Judoka Likmabam Sushila Devi would be promoted from the post of Constable to Sub-Inspector.
The Chief Minister said that all the participants would be given Rs 25 lakh each. He also said the state government had decided to establish a world-class weightlifting academy in the state soon.
Weightlifter Mirabai Chanu on Monday returned to India after a spectacular show in the ongoing Tokyo Olympics. The silver medallist underwent a mandatory RT-PCR test at the Delhi airport.
Chanu received a warm welcome as the staff at the Delhi airport cheered for her upon her arrival from Tokyo.
Chanu had opened India’s medals tally on Saturday as she bagged a silver in the Women’s 49kg category at Tokyo International Forum.
She lifted a total of 202 kg (87kg in snatch and 115kg in clean and jerk) during her four successful attempts across the competition. (Agencies)