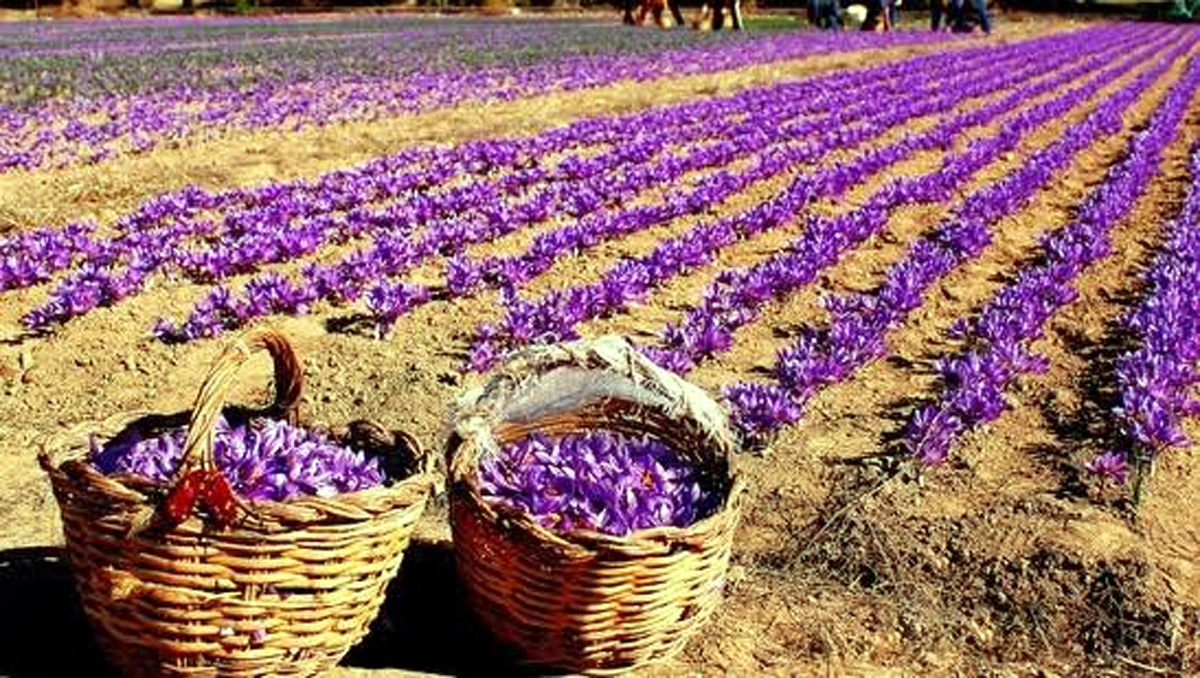 Irrigation system remains a non-starter
Suhail Bhat
SRINAGAR, Nov 7: Nature has come to the rescue of saffron growers with a timely rainfall this year while as work on irrigation system remains a non-starter even though the work was taken up before nine years under ‘National Saffron Mission’.
The saffron growers in South Kashmir’s Pampore area are pleased to see the breath taking view of fields full of purple colour saffron flowers these days. They have been longing to witness such a sight for last decade as harsh weather conditions had drastically reduced the flower count.
The growers have been facing a cycle of drought for the last decade and that drastically affected the crop production. The timely rainfall has ended the dry spell and provided relief to the distressed growers with “a slightly better production.” “The saffron production has comparatively increased this year due to suitable weather throughout the season,” Abdul Majeed, a grower told Excelsior.
Echoing him, another grower, Saleem Bhat, told Excelsior that the yield is around 30 percent this year due to timely rainfall. “Last year the yield was just 5 percent. It was due to timely rainfall that yield is up this year, “he said.
However, everyone was not impressed with the yield due to lack of irrigation system. “The government should immediately complete the irrigation scheme. The irrigation facilities would revolutionize the saffron industry. The drought has badly affected this crop over the past a few years. We are hopeful that the irrigation system is completed by next season”, said Ali Mohammad, another grower.
The irrigation system consists of laying the water supply pipes and installing the sprinklers and the system was being set up to manage the drought issues affecting the area.
In last nine years, the Government has drilled nearly 90 bore wells needed for the irrigation of saffron fields but a majority of them laid defunct. Officials in the department said the mission envisaged establishing 109 bore wells with 100 percent project support.
In order to increase saffron production and to bring more land under saffron cultivation, Government of India sanctioned an ambitious RS 400 crore ‘National Saffron Mission’ in the year 2010. The scheme was launched by the Centre in partnership with the government with the aim of raising production from 3 kg to 5 kg per hectare even after nine years, the scheme is yet to make any impact on the ground.
When asked about the incomplete irrigation system, Director Agriculture Altaf Andrabi told Excelsior that they are working on it. “We are still working on it. Some wells have been made functional but a lot of work is yet to be done,” he said.
Andrabi was satisfied with this year’s yield. “We had a wonderful rainfall this year and that gave boost to the crop production. This year growers have harvested four flushes and they might receive two more. We had a rain in the month of September last week and October last week which initiated the physiological process of flower formation,” he said. 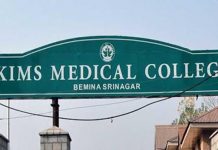