Suhail Bhat
Srinagar, Nov 7: Nature has rescued the saffron growers this year with timely rain, as a slightly higher yield has not only put a halt to the falling crop output but also given distraught growers hope and excitement.
Saffron growers in South Kashmir’s Pampore area are ecstatic to witness fields bursting with purple-coloured saffron blossom these days. For the preceding decade, they had hoped to see such a spectacle, but bad weather had severely curtailed the blossom.
The growers have been struggling with a drought cycle that has had a substantial impact on crop production. The timely rain has offered solace to the disgruntled growers in the shape of significantly improved yield.
“This is best saffron production the growers have seen since 2014. Due to favourable weather throughout the season, saffron production has gone up significantly this year,” President of the Saffron Growers Association, Abdul Majeed, told Excelsior. He, however, pointed out that the crop would perish without irrigation facility because nature is not often kind to farmers.
Growers said that the boost to crop yield has given them optimism because they were worried about the crop’s future. “It has not increased significantly, but it has increased enough to give growers hope,” said Manzoor Ahamd, a saffron grower.
He said that the output is expected to be approximately 20% this year, based on preliminary estimates. “The yield was barely around 10% last year. Because of the timely rain this year, the yield has increased,” he said.
The saffron growers said the irrigation programme should be finished as quickly as possible by the government as it would change the saffron sector. “The drought has had a detrimental influence on this crop in recent years,” said Ali Mohammad, another grower, who hoped that the irrigation system will be completed by next season.
The irrigation system was installed under the ambitious National Saffron Mission to deal with the area’s drought issues and comprises of laying water delivery pipes and sprinklers. In the last 11 years, the government has drilled over 100 bore wells for irrigation of saffron fields, but the bulk of them are lying defunct. The Centre approved a RS 500 crore for National Saffron Mission in 2010 to boost saffron production and expand the area under saffron cultivation.
Despite the fact that the Centre launched the project in collaboration with the local government with the goal of increasing production from 3 kg to 5 kg per hectare, it has had no impact on the ground after nine years.
Director Agriculture, Choudary Iqbal, told Excelsior that they are pleased with this year’s harvest. “The production has been excellent this year and we have not witnessed such a production since 2014 floods,” he said, adding that they have already sold around 50-Kilograms of fresh produce at a respectable price at the India International Kashmir saffron trading centre ( IIKSTC).
He said that the Government is devoted to restoring the crop’s lost glory and that the GI-tagging is already assisting growers in obtaining good rates. “Growers may now sell their harvest directly to the Centre without the need for an intermediary at the IIKSTC”, he said.
When asked about the irrigation facilities, he said they are vital to the crop and that all of the wells will be operational next year. 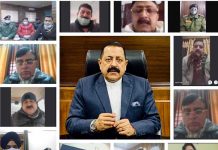 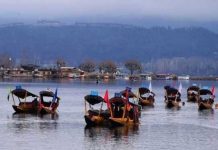 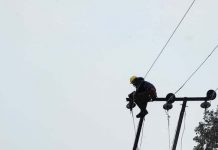 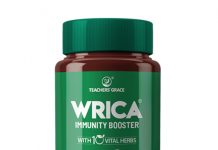 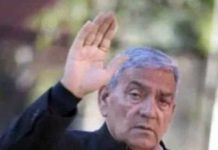