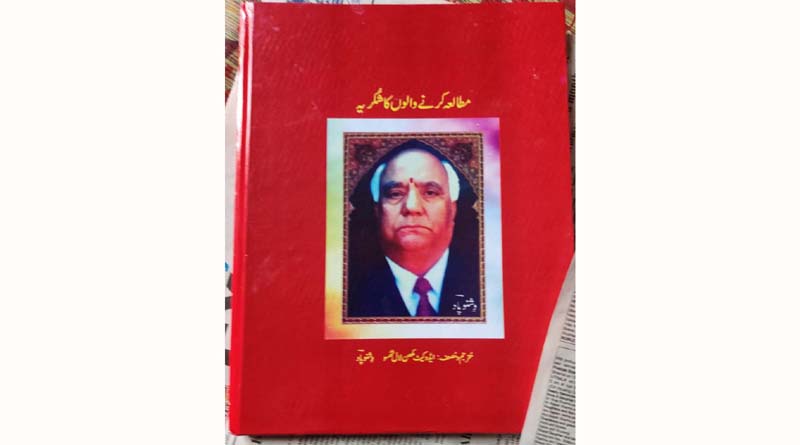 Excelsior Correspondent
JAMMU, Sept 5: Makhan Lal Thusoo’s Urdu -Hindi translated version of Shrimad Bhagwat Gita hits stands today.
The author an advocate by profession has translated all the 18 chapters of Shrimad Bhagwat Geeta both in Urdu and Hindi languages in a lucid form to be understood by a common man.
The book was released at a simple function here, which was attended by galaxy of writers and scholars. Besides, a practicing advocate, Thusoo is a prolific writer who has earlier translated Ramayana and Shrimad Bhagwat Mahapuran in Urdu language which have been liked by the readers. His latest book translation of Shrimad Bhagwat Gita has hit stands today. It has been translated both in Hindi as well as Urdu languages also so that readers of both categories can read it without any difficulty.
Speaking during the launch of the book Thusoo said writing has been his passion and it was a long desire of his life to translate the religious scriptures from Sanskrit to Hindi and Urdu languages so that the common man can read it without any difficulty. He said after going through these three religious books he came to know that their language could not be understood by the common masses due to use of some bombastic words. The translation is in quite Hindustani, he added.
Thusoo, besides a social activist has been associated with various KP organizations and political parties. He served All India Kashmiri Samaj (AIKS) as vice president, district president of Janata Party during its rule in 1977, worked as president of All India Kashmiri Samaj Migrant Action Committee and presently he is chairman of Kashmiri Hindu Conference (KHC).