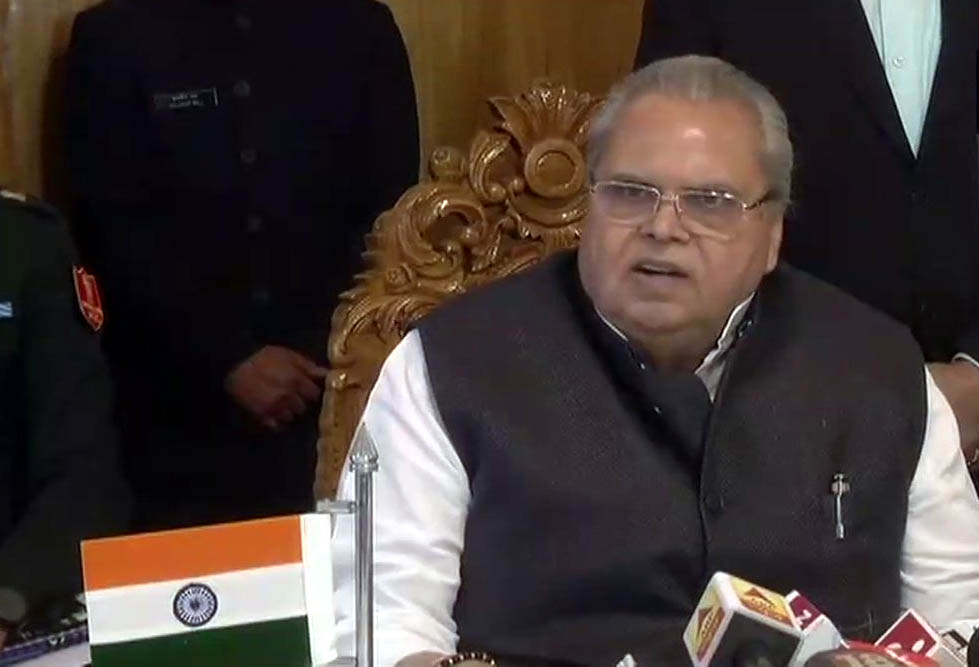 ‘Ambit of RTI, CVC will bring transparency’
Excelsior Correspondent
JAMMU, Nov 29: Governor Satya Pal Malik said today that those who have benefited the most from Jammu and Kashmir Bank are opposing the State move to declare it as Public Sector Undertaking. He described the Bank as an “important institution” of the State and asserted that the Government doesn’t wish to cripple it or keep it under pressure.
In an interview to a national English newspaper, Malik said the people with “personal or political interests” in Jammu and Kashmir Bank are opposing the move to make it a Public Sector Undertaking.
“Their opposition to the move lacks merit,” he said.
Malik said “with the Bank’s history of bad loans, the move will benefit the institution.”
Few days back, the State Administrative Council headed by the Governor had approved the proposal for treating Bank as a Public Sector Undertaking.
Malik said the Bank’s position, until now, as a private or public institution was decided “as per convenience, and by bringing it under the ambit of RTI and CVC will help bring greater transparency to its functioning”.
The Bank, until now, was classified as an “old private sector bank” and supervised by the RBI, while also being subject to oversight by the Comptroller and Auditor General (CAG).
The State of Jammu and Kashmir holds a majority 59.3-per cent stake in the Bank. While approving the proposal, the Government had stated that the purpose is not to question the day-to-day activities of the Bank management but a step towards strengthening better corporate governance.
While National Conference, People’s Democratic Party and even BJP’s ally-the People’s Conference of Sajjad Ghani Lone and some trade organizations of Kashmir have opposed the Governor’s decision on J&K Bank, the Bharatiya Janata Party has welcomed it and hoped that the decision will lead to transparency in the Bank.