E-Paper
Home National There will be a new PM everyday if ‘mahagathbandhan’ comes... 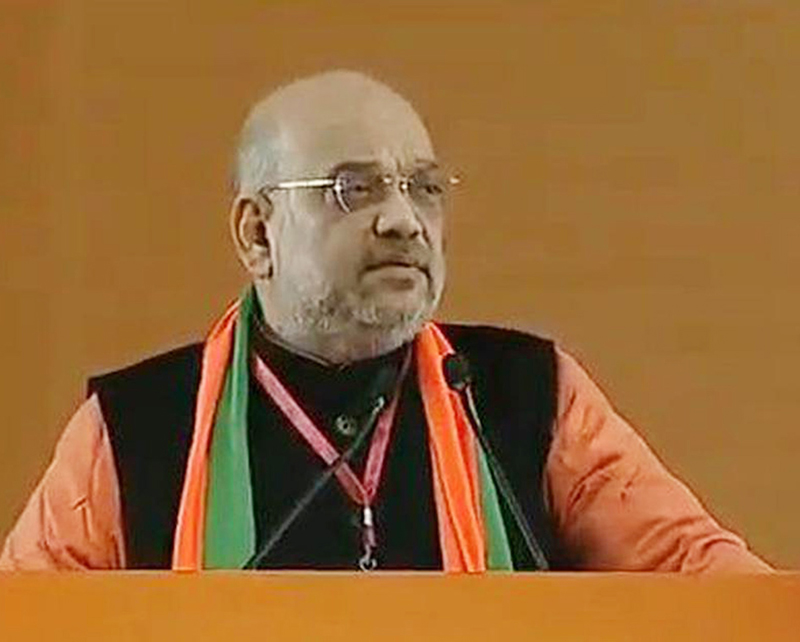 KANPUR, Jan 30: In a dig at the proposed ‘mahagathbandhan’ of the opposition parties for not disclosing its prime ministerial candidate, BJP president Amit Shah on Wednesday said there will a new prime minister everyday of the week if the grand alliance comes to power.
“The opposition should spell out who its prime ministerial candidate is…If the ‘(maha)gathbandhan’ takes shape, Mayawati will be the prime minister on Monday, Akhilesh Yadav on Tuesday, Mamata (Banerjee) on Wednesday, Sharad Pawar on Thursday, Deve Gowda on Friday and (M K) Stalin on Saturday and Sundays will be holidays,” Shah said addressing a meeting of BJP’s booth-level workers here ahead of the upcoming Lok Sabha elections.
“They are out to bring a change and do not have a leader,” he added.
“The BJP has four Bs — ‘badhta Bharat’ and ‘banta Bharat’. Those who are forming an alliance have four Bs — ‘bua’ (aunt), ‘bhatija’ (nephew), ‘bhai’ (brother) and ‘behen’ (sister),” Shah said, accusing the opposition parties of dynastic politics.
“..Their government cannot take the country ahead. We want that a strong government is formed under Modiji, while they want a ‘majboor’ (helpless) government..Only Modiji can provide a ‘mazboot’ (strong) government,” he asserted.
The BJP president exhorted the workers to ensure a formidable victory for the party in the parliamentary polls.
“It is also important for the country that BJP wins these elections..The win should be such that it shakes the opposition parties,” Shah said.
He also lashed out at the Congress and said none of the party’s leaders had the right to raise the Ram Janmabhoomi issue.
“I have come to tell the people of Uttar Pradesh that BJP is committed to ensure that a grand temple is made at the Ram Janmabhoomi,” Shah said.
“The Congress Government had acquired 42 acres of land of the Ram Janmabhoomi Nyas…Nyas has asked that it be returned…We hope that the issue is resolved at the earliest and Lord Ram is installed in all his grandeur,” he said. (PTI)