Mahesh Chander Sudan
We, the people of India, have recently been experiencing a wide divide based on theological leaning of various sections of the society. Indian Society has since long remained home to many faiths and religions including her own Hinduism, Jainism, Buddhism and Sikhism. All religions flourished due to mutual respect and regard. Members of the ancient Indian society practiced tolerance and acceptability towards various theological leanings and they considered their religion a matter of their personal faith and not a matter of public discourse. With the passage of time, rise of political ideologies gained momentum and it ultimately started spreading across the societies to breach age old separation of religions from politics. Slowly and steadily, the politics overtook religion and this avoidable mix of religion with politics brought us to the present state of affairs. We are sure our leaders were aware of the potent danger and this guided them to frame a secular law of land for Independent India giving free and fair choice to each and every citizen to adopt any faith or religion of his choice. Indian Constitution does not provide for any State Religion unlike many other countries of the present world. It therefore allows all of us to practice any religion as a matter of personal choice without any intervention of the State.
Ironically, our politicians adopted shrewd tricks to exploit poor citizens and mischievously divided them into various groups by exploiting few provisions of the constitution originally created to uplift disadvantaged sections of the society by extending reservations and relaxations to them and it ultimately turned them into their captive voter’s bank. The constitutional provisions originally included to dispense social justice to underprivileged sections of the society are being utilized to achieve political mileage in the present circumstances. However, in the recent past it is seen that political parties have started exploiting voters on the name of religions as a part of larger design to turn mandate in their favor. It is also an accepted fact that Indian Society has been divided into various castes depending purely on the basis of professions but no theological divide existed. In the ancient India, religious heads or gurus used to spread knowledge of their faith or religion while living in their own Gurukuls for the betterment of the society at large. Moral education occupied a prominent place along with other skills and trades being taught in those gurukuls.
In the recent past, we witnessed public protests across the country against CAA, NRC and NPR highlighting social fragility of minority communities that erupts out of anticipated fear and insecurity felt by them due to religion based legislation enacted by Indian Parliament. Indian Constitution does hold secular identity leaving no scope to create any division of citizens based on faith or religion and allows unshakeable freedom to profess faith of our choice or leaning. All citizens of India enjoy equal and fair status before law and it does not recognize any minority or majority based on theological considerations. We all have been guaranteed a respectable place without any consideration of caste, creed and sex. However, we are being victimized by political maneuvers designed by various political parties to capture our mandate so that they prevail on the democratic process to hold the power to rule. It therefore becomes evident that each and every member of Indian Union is duty bound to discourage such divisions beyond doubt to uphold the supremacy of the constitution of India over Indian Parliament because the constitution created Parliament and not the vice versa. We all citizens of India belong to her and no amount of division shall be borne by us. We the people of India adopted the constitution of India that assures us equality before law and nothing less shall be acceptable to any honorable citizens of India. We, the people of India, displayed infrangible solidarity and firmness during many historical up and downs including long drawn freedom struggle but refused to accept division especially based on religion to an extent that even two nation theory could not succeed in creating India and Pakistan purely on religious division. Both the countries do have citizens of all faiths and religions. We urge our leaders at the helm of affairs to understand the spirit of Indian Constitution in the right perspective and discourage political ideologies working in contrast for spreading such evil designs for derailing our process of national building in the interest of poorest of the poor citizen of India. Jai Hind, Jai Bharat.
The author is WgCdr (Retd)
feedbackexcelsior@gmail.com 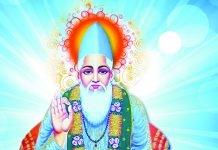 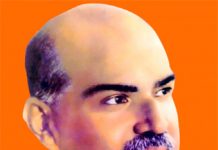 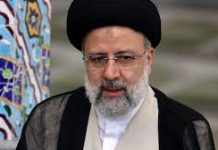