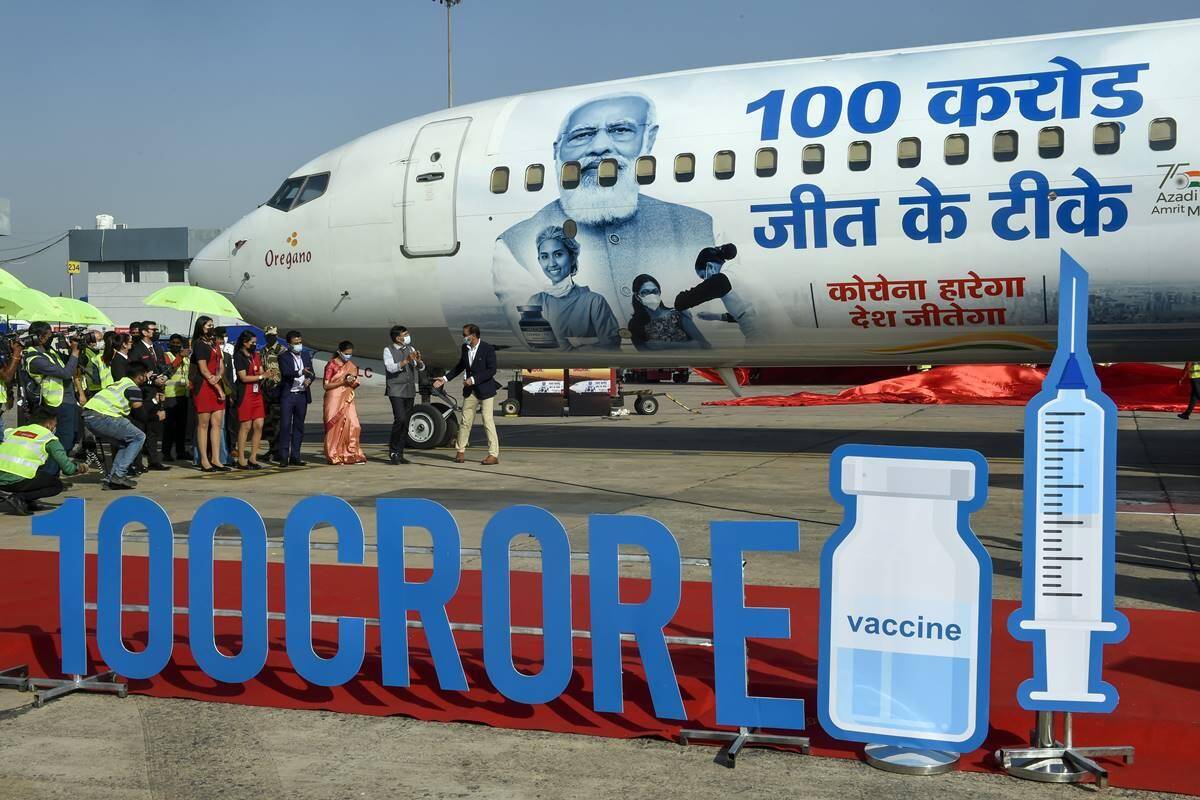 Harsha Kakar
Till a few decades ago, India was considered a land of snake charmers and elephants. The world considered India synonymous with poverty. The change began in the early nineties when Narasimha Rao with Manmohan Singh as his finance minister, opened the Indian economy. India in 1991 was compelled to mortgage 47 tonnes of gold to the Bank of England and Bank of Japan to raise just USD 400 Million. Since then India has steadily grown into an economic powerhouse and would by Mar 2022 be the world’s fifth largest economy ending up as the third largest by 2030. Those nations which looked down on India are currently running to Delhi to sign trade deals. Every nation is aware of the power of the Indian market. India, which once depended on doles, is economically supporting weaker nations.
As recent as April this year, in the midst of the second COVID wave, India was projected as a nation which had lost the battle, its masses had suffered, and its economy was on a downslide. Indian healthcare systems were on the verge of collapse. Indian media personalities writing for US journals including the Time Magazine, New York Times and Washington Post, ridiculed the national leadership on its handling of COVID and posted pictures of burning pyres to justify a collapsed India. Factual reality projected by Jaishankar in a discussion with the Hoover institution, ‘We are giving free food to as many as 800 million people. We’ve put money into bank accounts of 400 million,’ was ignored.
Last week, India crossed the 100-crore mark in vaccinations. For a nation which has a low per-capita income this is a remarkable feat. India is amongst the few nations which developed its own vaccine. The Indian economy has bounced back and as per the IMF is expected to grow at 9.5% this year, the fastest globally. During 20-21, India attracted the highest FDI inflow of USD 82 Billion. Only proves that the world knew India would rebound.
As PM Modi stated, ‘COVID-19 affected the economies of the entire world, including that of India. But our economy has recovered more strongly than it was halted by the pandemic.’ None of those who criticized India’s handling of the pandemic and its economic downturn have commented on its rebound or its successful vaccination program.They suddenly seem to be in hibernation.
India is the largest producer of vaccines in the world. Its supplies would enable WHO to control the spread of the virus. The QUAD, which is undertaking vaccine diplomacy in the Indo-Pacific is dependent on Indian vaccine production. Having achieved the 100-crore-mark, Indian exports and gifting of vaccines would help a number of smaller nation fight the pandemic.
Indian military power has witnessed a quantum leap since it faced defeat at the hands of China in 1962. Currently, India is considered the only country capable of challenging China in Asia. Its resounding victory in 1971 and 1999, displayed that the Indian armed forces have changed for the better. The Global Firepower ranking, based on 50 individual factors, in its assessment for 2021, places Indian military power fourth, after the US, Russia and China. Presently, every major power projecting force in Asia seeks military cooperation with India.
While India has no external designs, it has developed its military capabilities to handle its own regional threats. Hence, when the Chinese intruded into Ladakh last year, India announced that it needs no global support in containing the Chinese.Blocking Chinese forces and occupying Kailash Ridge, India has displayed its military prowess. While it seeks a resolution through talks, India remains prepared for any Chinese misadventures. The cross-border strike and Balakote have both displayed Indian resolve of not backing down to terrorism. This has enhanced India’s global standing.
India remains an important member of all global economic and military alliances. It has shifted its stance from non-alignment to pro-Russia to pro-US. It is the backbone behind the QUAD, second in military power to the US. India not joining the RCEP (Regional Comprehensive Economic Partnership) has impacted the organization. There have been a series of requests for India to reconsider its stand. India currently conducts military exercises with multiple nations.Indian soft power has changed global perception of the country.
All the above have contributed to the rise of Indian diplomatic power. India is a nation which has a respected global voice. It participates in multiple global outreach programs. Simultaneously, its ability to support and assist weaker and smaller nations has led to enhanced goodwill. This rise in diplomatic power has made India immune to global critics, who believe third world countries must act as per their whims and fancies. India’s refusal to change decisions, whether on Kashmir or Citizenship Amendment Act, despite criticism from so-called global watchdogs or select elected representatives of the western has hurt privately funded influential organizations, many of whom control media houses. India is unconcerned.
There remain shortcomings which need to be overcome. Militarily, India is still a major arms importer. No nation can be a global power if it is largely dependent on imported military hardware. Indian technology levels need to grow especially in terms of cyber defence and warfare. The Indian defence industry must be given a boost and supported as it develops. India still has to lift large masses from poverty and improve its healthcare systems. The religious divide within the country is impacting India’s global image of secularism and tolerance. Unless this is attended to Indian reputation will be impacted.
However, the world looks upon India as a nation which has demonstrated that sound policies can change fortunes of nations. Its power makes it a nation of choice which world leaders seek to embrace. PM Modi’s statement in the UN General Assembly in September holds true. He stated, ‘When India grows, the world grows. When India reforms, the world transforms.’ Nation’s which partner India grow with it, while nations which oppose it realise that India is no pushover and can stand on its own. India is now on the world stage to stay.
The author is Major General of India (Retd)