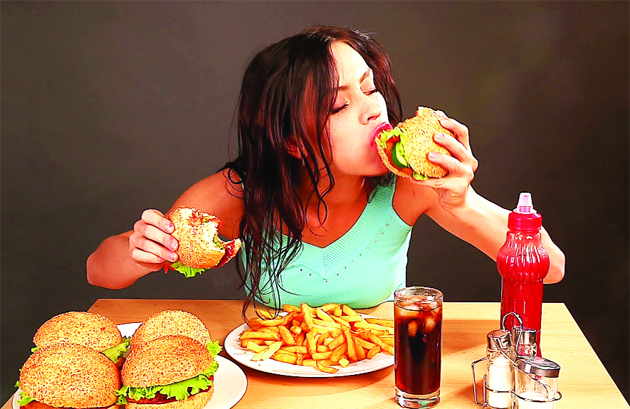 A principal of a school once asked the students, “Which is the most intricate machine of the planet?”  A number of voices from the students brought the answers like “the car”, “the plane”, and of course “A robot”. One of the students even mentioned “the Time Machine”. It was only after then, when a student spoke, “THE HUMAN MACHINE”.
Yes, indeed. Today, we live in a world full of gadgets and appliances. Right from the birth of a child till its departure to the other majestic world, it is surrounded by copious machines. And we often tend to neglect the most important of all machines_ The Human Machine
Human health is a boon to mankind by the supreme and we must look after it with great care.  Health is a positive state of physical and mental well-being and not merely absence of disease. We often take care of our cars, bikes, mobile phones and what not? But never tend to look after our body. It is human tendency to neglect and procrastinate things until the situation is worsened. It is only then we realise the true value of those things. Josh Billings said, “Health is like money, we never have a true idea of its value until we lose it.”
Whenever we buy a car or a bike, we tend to look after it. Feed it with diesel or petrol. Take it for its monthly services. But we don’t even dare to know what is going on inside our body? Even a car which runs on petrol can’t function properly if fed with diesel. Then why do we feed ourselves with the food which is meant only to harm us and do no good? And every time you eat or drink, you are either feeding disease or fighting it. We all go with the flow but forget that it is the dead fishes that go with the flow.
This is an era of huss and buss. No one knows when a day ends and when a new day begins. That’s why a lot of people nowadays rely on junk food in order to save time. The health of our body mainly depends on what we eat or drink. Too much addiction to junk food alters brain activity in a manner similar to addictive drugs like cocaine or heroin. One defines health according to one’s perspective. Mahatma Gandhi defined health as : “Health means body ease. He is a healthy man who is free from all disease; he carries on his normal activities without fatigue. Such a man should be able with ease to walk ten to twelve miles a day, and perform ordinary physical labour without getting tired. He can digest ordinary, simple food. His mind and his senses are in a state of harmony and poise. This definition does not include prize fighters and such like. A man with extraordinary physical strength is not necessarily healthy. He has merely developed his musculature, possibly at the expense of something else.”
Creation and destruction of things are far easy. What it actually takes is the maintenance. We take birth and we die but it is the maintenance of the body which is in our hands. Being healthy or being under the weather depends upon our maintenance. A healthy man enjoys the true nectar of life. A healthy man is one who is able to have a sound sleep in a world full of insomniacs. Thus, in a nut shell, in a world of worries and hurries one must make time to look after his/her body.