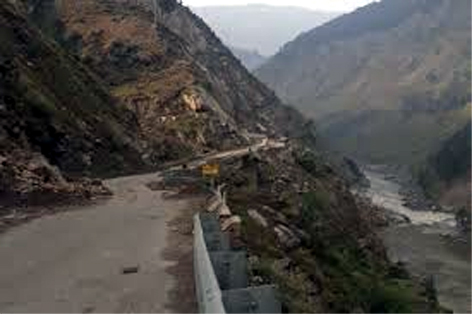 Can it be believed that even after a long period of 50 years of work on it, forty kilometres of road from Thathri to Kilotran in Bhallesa Doda is still incomplete ? This road was sanctioned by the Prime Minister of the then state, Bakhshi Gulam Mohammed in 1962 and the work is still ‘going on’ it. This all mess and apparent manipulation deflates all tall claims of the Government about fast connectivity as also using modern technology in constructing roads. Has this road become a soft victim of political rivalry? Is the Roads and Buildings Department quite ignorant about the difficulties faced by nearly a lac of population residing around the areas due to the condition of this road? Has this road stretch become a virtual gold mine for the engineers and other insiders of the R&B Department , some contractors and others that under one or the other alibi, the pace of work being even not that of a snail, work is going on it only for minting money from it ? These are a few questions needing answers.
Either landslides, or removing the malba or other similar works are seen being attended to all in conventional primitive ways rather knowingly on this road only to draw money from the public treasury. Whatever the past history, in 2006, huge funds were allotted for this road from Thathri to Kilotran and even after utilization of sanctioned amount of Rs. 43.45 crores, this road is still incomplete. No supervision, no surprise inspections and accountability, no monitoring and no responsibility are a few grave deficiencies in the system which need to be checked thoroughly. Let R&B be relieved of this road , a proper audit conducted and the work allotted to some private vendors to see the difference and the results.