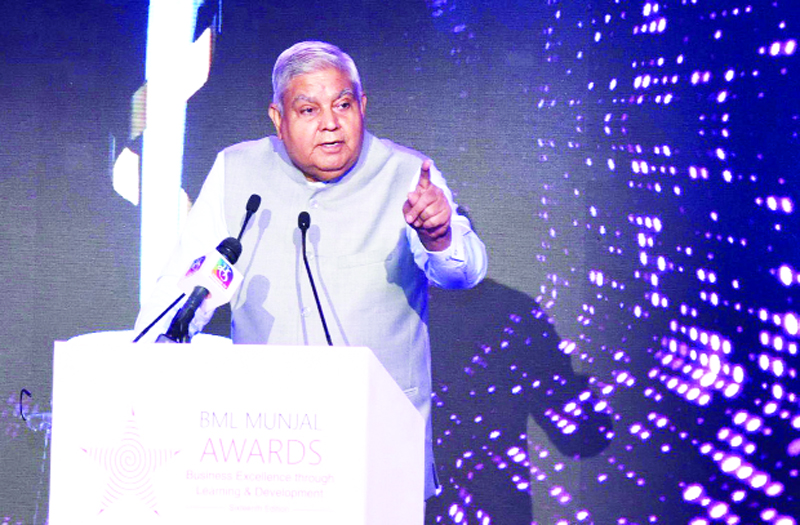 NEW DELHI, Sep 27: Vice President Jagdeep Dhankhar on Tuesday hailed the Azadi ka Amrit Mahotsav and said thanks to the efforts of the culture and tourism ministries, the people of the country have come to know many “real heroes who weren’t in limelight”.

Addressing a gathering at the National Tourism Awards 2018-19 at Vigyan Bhawan here, he also praised the Swachh Bharat mission and other initiatives of the Government, and said the reintroduction of cheetahs in India would boost tourism.

“We need to change our mindset and there can be no better occasion to do it than the year we are currently in, 2022 — the Azadi ka Amrit Mahotsav. It affords us with a rare opportunity to look within, to know people who have helped us come to this stage. We are exposed to the authenticity and sublimity of our history,” Dhankhar said.

The Union Government is celebrating Azadi ka Amrit Mahotsav to mark 75 years of India’s Independence, and the Ministry of Culture is the nodal agency for it. It was inaugurated by Prime Minister Narendra Modi on March 12, 2021, and will end on August 15, 2023.

The Vice President in his address said many unsung heroes have been brought to limelight through the Azadi ka Amrit Mahotsav.

“I can assure you, a couple of years ago, if we were to ask people, who were those who got us freedom, it was difficult to get into a double digit. Now, we have already gone past three digits. Thanks to the efforts of the culture and tourism ministries, we have come to know real heroes who were not in limelight,” he said.

Hailing India’s cultural diversity and bountiful nature it is endowed with, Dhankhar said, “Our cultural background and civilisational ethos are unparalleled, unrivalled.”

He said the last two years were “very tough” due the COVID-19 pandemic that also impacted the tourism sector heavily.

But, in retrospect, one can say that India knows the way, and the country is “out of the difficult period”.

National Tourism Awards 2018-19 was hosted by the Ministry of Tourism marking World Tourism Day. The annual award ceremony took place after a gap of two years due to Covid outbreak in India in early 2020.

A report titled ‘India Tourism Statistics 2022’ and two video campaigns of Incredible India, and an e-book — ‘GoBeyond: 75 Experiences of North India’ — were released on the occasion.  (PTI)