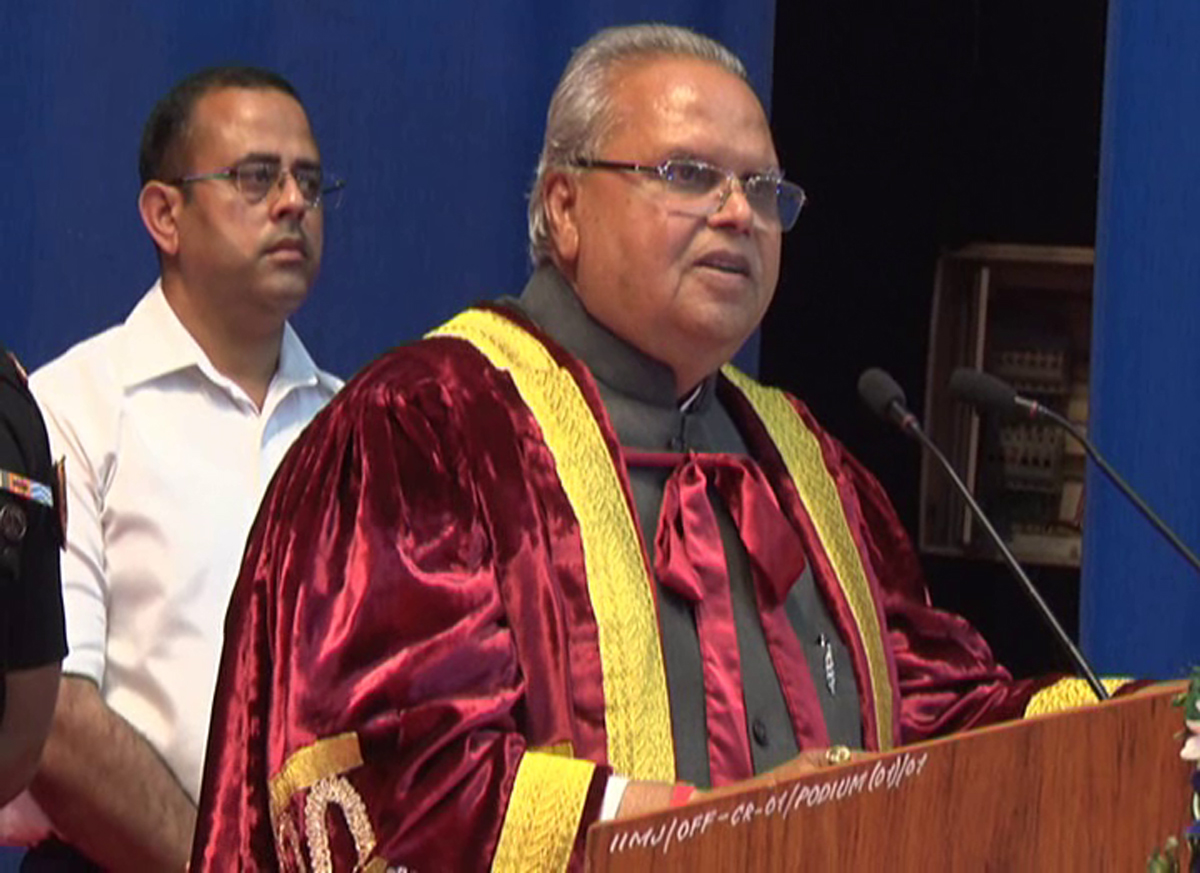 ‘MHA Group will help contain terrorism’
Excelsior Correspondent
JAMMU, Mar 30: Governor Satya Pal Malik said today that till sympathizers of terrorists and their organizations are not tackled, terrorism can’t be contained in Kashmir and observed the newly constituted Multi Disciplinary Terror Monitoring Group by the Union Ministry of Home Affairs will take action against all those linked to terror.
In a brief chat with media persons on the sidelines of an IIM Convocation addressed by him, Malik welcomed and described as “very significant” the decision of the Central Government to set up the Terror Monitoring Group for taking decisive action against those involved in terror financing and related activities.
Click here to watch video
“The Terror Monitoring Group will curb activities of terrorists and their sympathizers. There is a need to tackle activities of the terrorist supporters. Till activities of these persons are checked, terrorism can’t be contained,” Malik said.
He added that the newly set up Terror Monitoring Group would help put an end to the terror menace in the State.
“Terror funding, terrorist organizations and their sympathizers are everywhere… Unless they are dealt with, terrorism cannot be wiped out,” Malik said.
When asked whether Government employees were under the scanner, Malik said, “I am not talking about employees. I am talking about all those people who are connected with them (terrorists), who are supporting them and who are their sympathizers. Action will be taken against all of them.”
The Governor refused to make a comment on alleged reports of certain politicians making pro-terrorist remarks.
The Union Ministry of Home Affairs had yesterday set up Multi Disciplinary Terror Monitoring Group to ensure synergized and concerted action against terror financing and related activities in the State.
The terror monitoring group will take action against hardcore sympathizers among Government employees, including teachers, who are providing covert or overt support to terror activities.
The terms of the reference of the group will be to take coordinated action in all registered cases that relate to terror, terror financing and terror-related activities and bring them to logical conclusion, identify all key persons, including leaders of the organization(s) who are involved in supporting terrorism in any form and take concerted action against them.
Meanwhile, in his address to the Convocation, the Governor said the State Administrative Council (SAC) headed by him and comprising his four Advisors have recently announced setting up of 52 new Degree Colleges and up- gradation of 300 High Schools to the level of Higher Secondary.
“We have approved 52 new Colleges for the Jammu during last just two months and we propose to establish 50 more colleges next years,” Malik said.
He added that 300 junior High Schools have been upgraded to the level of Higher Secondary.
“The setting up of new colleges and elevation of high schools to the level of higher secondary will give good education to the students, which was need of the hour,” he said, adding there were such places, where female students had to trek 20 kilometers or ride on bicycles to reach colleges.
The Government is also engaged in setting up of new Medical Colleges in Jammu and Kashmir, Malik said.
He added that the State Government was also making efforts to bring investment in the State.