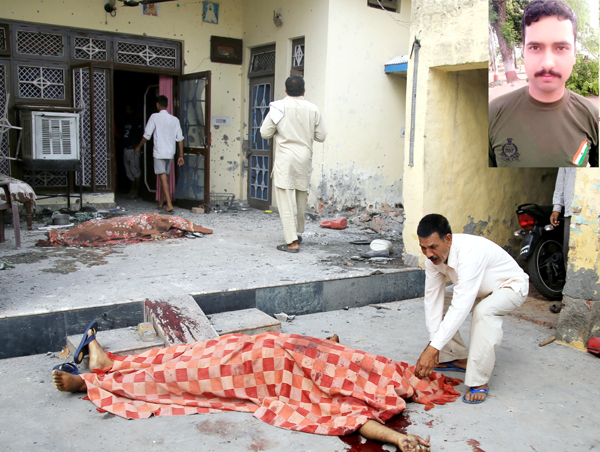 Sanjeev Pargal
JAMMU, May 18: While India announced ceasefire in Jammu and Kashmir during holy month of Ramzan, Pakistani Rangers violated ceasefire on the International Border rattling up entire Arnia and RS Pura sectors in this district with heavy mortars and automatic weapons early today, killing five persons including a BSF jawan and four civilians, one of them a couple and injuring 15 others, two of them seriously. A number of cattle also perished in the shelling while several houses suffered extensive damage.
Pakistan was reported to have suffered casualties in retaliatory firing by the BSF. Several posts of the Rangers were hit in the BSF action.