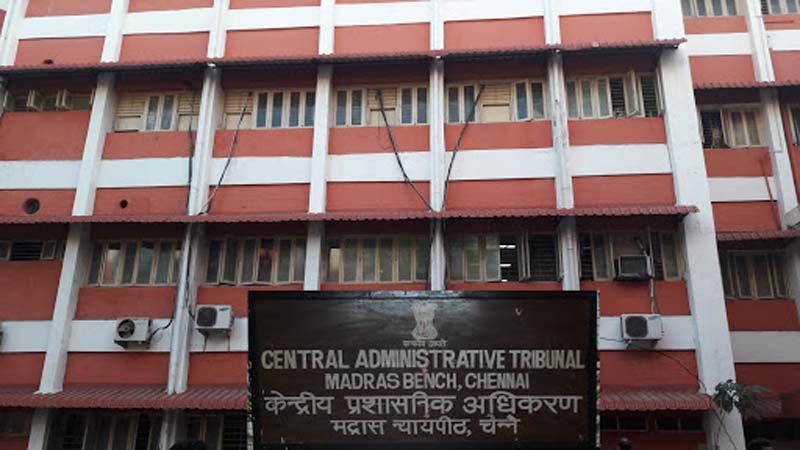 JAMMU, Nov 30: Central Administrative Tribunal (CAT) has held that temporarily engaged contractual candidates cannot claim permanent status on expiry of the term of contract.
This significant judgment has been passed by Tribunal in a petition filed by more than 150 petitioners who were appointed with the respondents department as Para Medical Staff on academic arrangement basis under the J&K Medical & Dental Education (Appointment on Academic Arrangement Basis) Rules, 2009 under SRO 384/2009 dated 14.12.2009, for a period of one year extendable up to a maximum of four years, one year at a time, subsequently extended up to 06 years by SRO 409/2013 dated 19.9.2013, subject to their good performance and conduct or till selection or promotion is made according to the Recruitment Rules governing the field.
After hearing both the sides, a bench of CAT comprising Anand Mathur (A) and D S Mahra observed, “the main contention of the applicants is that they are entitled for regularization of their services since they have been working in the respondents department from 2010 onwards”, adding “the applicants had signed an agreement under the Rules of 2009 which also provides that the appointment shall be purely on academic arrangement basis for one year period or till the post is filled up in accordance with rules of recruitment governing the posts, whichever is earlier”.
“Basically the claim of the applicants is that since they are working in the respondents department for a long period, therefore, they have a right to be regularized in the department by the respondents”, the CAT said, adding “normal rule for regular appointment is through a prescribed agency under the State as per Recruitment Rules. It is for the State to ensure smooth functioning of the administration and due to certain exigencies; the administration may make academic, contractual, or similar temporary engagements”.
“It is imperative for the State to replace such academic arrangements by way of regularly selected/appointed persons as early as possible. Maintaining equality of opportunity in public appointments is one of the fundamental rules of service jurisprudence. Unless appointments are made as per the recruitment rules through competition amongst the qualified candidates, the appointments will be contrary to the law”, the Tribunal said.
The CAT further said, “temporarily engaged contractual candidates like the applicants cannot claim permanent status on expiry of the term of contract. Applicants are governed by the rules under which they are engaged. Merely because the said employee is working for a long period either by extending the period by the State or through the interim orders passed by the courts, it will not confer any legal right upon the candidates so engaged for being made permanent”.
With these observations, CAT dismissed the application filed by the petitioners and said that respondents were well within their jurisdiction and competence to issue the advertisement notification 02 of 2021 dated 26.03.2021.