Dr. Etee Bahadur
In Problems of Indian Historiography (1979), Devahuti remarks that historiography in the country has been in “a kind of civil war,” mainly because the historians have written historical accounts with pronounced ideological predilections. This is seen at its worst with regard to one of the significant aspects of medieval historiography: the issue of conversions.
In asking, what it meant to be a Hindu or a Muslim in medieval India?I would like to focus on the region of Kashmir from the thirteenth to the sixteenth century. This is the period which sees a transition of Kashmir to Islam. When it comes the issue of conversion to Islam, I feel a more fuller notice should be given to Sayyid Ali Hamadani popularly known as Shah Hamadan. That the conversionof the valley to Islam was furthered by the presence of Shah Hamadan is undoubted writes G.M.D.Sufi , in his book Kashir (2vols , Lahore, 1948-49). The ‘Conversion’ to Islam in the Indian subcontinent, though a subject of vital importance, has not received the importance it should have. The scholars, who have rejected the theory of forcible conversion are : Thomas Arnold, A.B.M.Habibullah, S.M. Ikram, I.H.Quershi , Khaliq Ahmad Nizami, Aziz Ahmad, Adbul Karim, Momatazur Rahman Tarafdar and Richard Eaton.
The focal point and the most visible symbol for the Kashmiri Hindus its temples were destroyed. A very important work the Tohfatu’l-Ahbab,which is exclusively about Shamsu’d-Din Araki has been ignored. The manuscript of which being available in the Jammu&Kashmir Research Library and also in the private collection of Agha Sahib of Budgaum,Srinagar. Both are defective is what the translator to the Volume in English writes in the Introduction to the translation. The manuscript in the British Museum also suffers from the same defect as out of the four chapters, two are completely missing. A manuscript copy containing all the four chapters is preserved in the Private collection of the Barat Library in Baqchhan Khaplu, Baltistan. Mahmud Reza Zadeh of Khaplu brought out its Urdu translation (Tofeh-e-Kashmir) from Lahore in 1997. The ‘Baharistan -i- Shahi and Tohfatu’l-Ahbab have given details of horrific atrocities inflicted on the religious minority of Kashmiri Pandits during the reign of the Sultans. The biography Tohfatu’l-Ahbab of Shamsu’d-Din Araki, an Iranian Shia missionary of late sixteenth century, is written in Farsi.
It has summarized the destruction of the community of the Kashmiri Hindus. Kashmir medieval history tells us that the Hindu’s braved the destruction at the hands of Sikandar, and those who managed to escaped forced conversion to Islamic faith, somehow managed to survive till the coming of the Iranian Nurbakhshi Missionary, Shamsu’d-Din-Muhammad Araki in circa 1542 A.D. It was this Iranian missionary, who wrought havoc on the Hindu Pandit minority community of Kashmir – destroying their temples, shrines and religious icons and converting many of them forcibly to Shia faith.Araki’s mission of destroying the temples and idols to strengthen Islam in Kashmir, has been mentioned in the book and we get a whole list of them spread over more than thirty pages in the book. As soon as the temple was destroyed, a mosque was seen to begin building in the area, and most of the time a person was also appointed to take care of it.In his annotated translation of Baharistan into English, Prof. Kashinath Pandit says that some Farsi histories do make mention of Hindu kings of Kashmir, but most of them’generally dismiss the two thousand years of Hindu rule’ in a ‘page or two.’ Thus almost all mediaeval histories of Kashmir ‘are stoically silent or non-committal on the phenomenon of the socio-cultural transition’ of Kashmiri society ‘in the fourteenth and fifteenth centuries’, is what one reads in the book Ten Studiesin Kashmir (ICSSR, 2019) Theirhas been in the medieval Kashmir historiography an attempt made to view Islam as a religion of peace and an attempt thereby to build a thesis around it.
(The author teaches Development Studies at the Centre for Jawaharlal Nehru Studies , Jamia Millia Islamia New Delhi)
feedbackexcelsior@gmail.com

The Political Will: The first ingredient in the Preparation of anti-corruption recipes 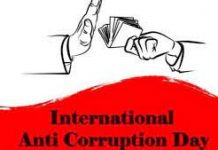 Political will needed to fight corruption 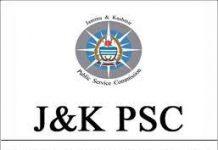 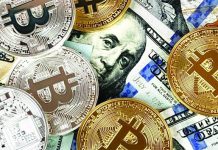 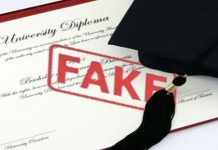 Fake academic degrees A crime against present and future 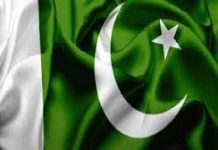 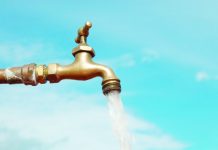