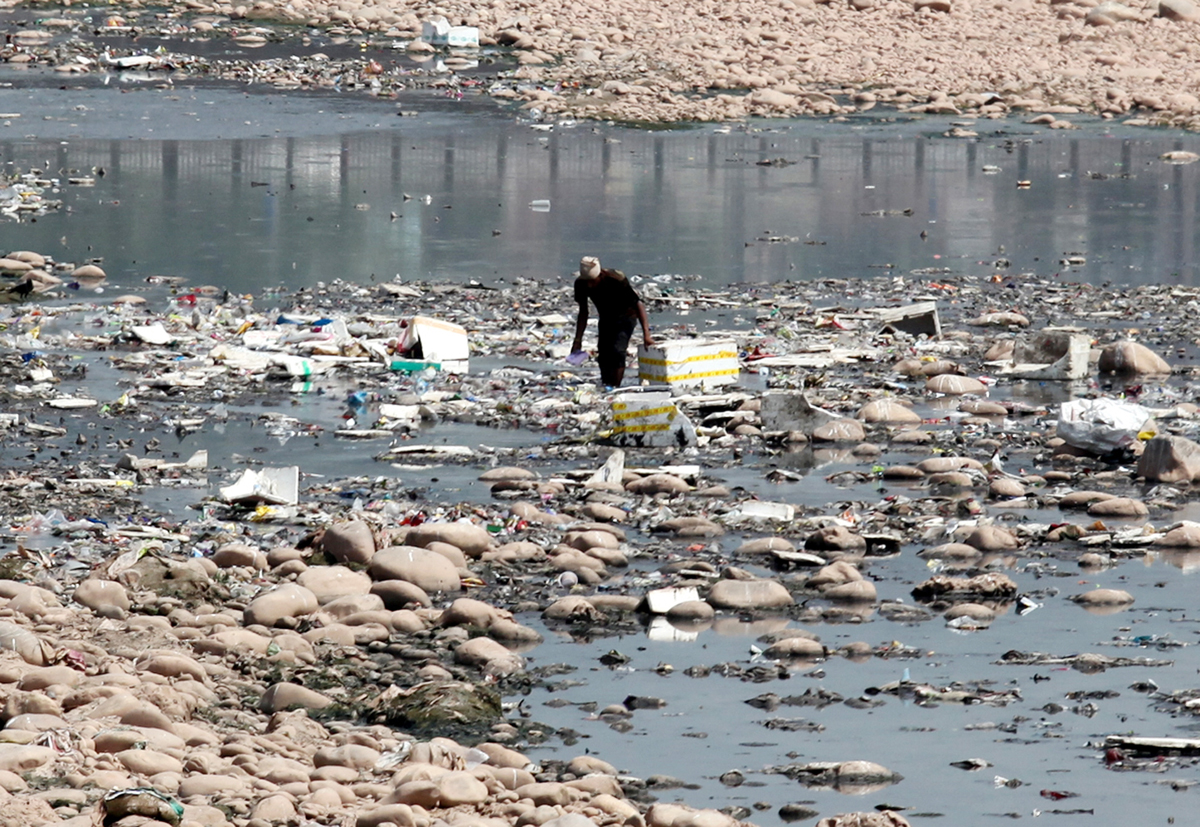 Mohinder Verma
JAMMU, Dec 16: In a startling disclosure, nine major rivers and streams of Jammu and Kashmir including Tawi, Chenab, Jhelum, Devika and Banganga have been found as polluted by an agency of the Union Ministry of Environment, Forest and Climate Change.
However, the successive State Governments have failed to obtain any major assistance from the Union Government for abatement of pollution under National River Conservation Plan (NRCP) thereby establishing that conservation of these water bodies has remained least priority for all the concerned departments.
Official sources told EXCELSIOR that in the recent past the Central Pollution Control Board in association with Jammu and Kashmir State Pollution Control Board conducted detailed exercise to assess the quality of water of all the major rivers and streams of the State.
During the exercise, shocking scenario came to the fore in respect of nine major rivers and streams of the State namely Devika, Banganga, Tawi, Basanter and Chenab in Jammu province and Chunt Kol, Gawkadal, Jhelum and Sindh in Kashmir province.
The Central Pollution Control Board has mentioned in the report that vast stretches of these nine major rivers and streams are extremely polluted due to absolute non-seriousness of all the concerned departments of the State which otherwise are supposed to initiate steps to not only improve the quality of water but to prevent further pollution of water bodies, sources informed.
“The pollution load in these rivers and streams is increasing with every passing year due to rapid urbanization and discharge of untreated and partially treated sewage from the cities and towns”, sources further said, adding “non-point sources of pollution like agricultural run-off, runoff from solid waste dump sites etc are also contributing to the pollution of these rivers and streams”.
As per the report of Central Pollution Control Board, sewage generation in urban areas is around 547 MLD but only 264.74 MLD is being treated and rest of the sewage flows into these rivers and streams untreated thereby continuously deteriorating the quality of water.
“Pollution abatement of rivers and streams is an ongoing process and it is the responsibility of the State Government to set up facilities for collection, transportation and treatment of sewage for abatement of pollution”, sources said, adding “the Union Ministry of Environment, Forest and Climate Change is supplementing the efforts of the State Governments in abatement of pollution of rivers under National River Conservation Plan on a cost sharing basis”.
However, J&K has failed to obtain major benefit of the National River Conservation Plan till date and this can be gauged from the data of Union Ministry of Environment, Forest and Climate Change, the copy of which is available with EXCELSIOR.
During 2015-16, 2016-17, 2017-18 financial years, benefit of even single penny was not availed by the State Government under National River Conservation Plan while as during the current financial year only an amount of Rs 30 crore has been released by the Union Ministry to J&K Government that too for Devika and Tawi rivers only.
“For rest of the rivers no Central financial assistance has been availed by the State Government which clearly indicates that controlling pollution of rivers and streams is least priority for all the concerned authorities”, sources said, adding “the non-serious approach is notwithstanding the fact that majority of these nine rivers and streams have religious significance for the people”.
One more shocking aspect is that State Government has never earmarked any budgetary allocation for checking pollution of rivers, which otherwise is imperative for creation of facilities to prevent flow of sewage into water bodies, they regretted, adding “if the State fails to pay serious attention towards the findings of the Central Pollution Control Board the situation will continue to deteriorate and create numerous problems for the people in future”.
They stressed that Governor’s Administration should immediately pass instructions to the concerned authorities for making efforts to avail assistance not only under National River Conservation Plan but also under Atal Mission of Rejuvenation and Urban Transformation (AMRUT), which too deals with the sewage treatment aspect.