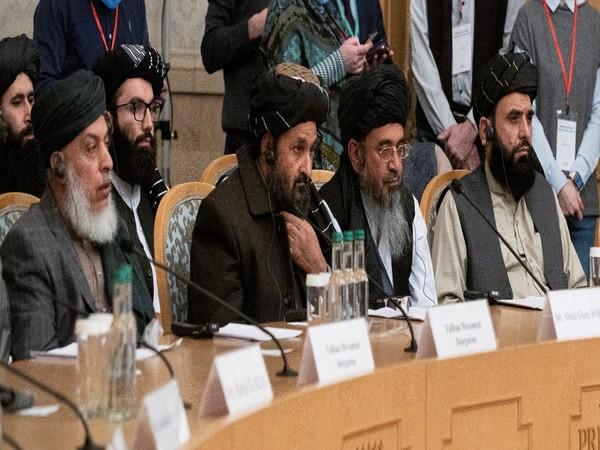 Lt Gen Bhupinder Singh (Retd)
If there was any doubt about the ground surge of the Taliban in Afghanistan, the US Chairperson of the US Joint Chiefs of Staff, General Mark Milley, has confirmed that the, ‘Strategic momentum appears to be sort of with the Taliban’. With over 200 of the 429 district centers under Taliban control, including almost all border districts with Pakistan, Tajikistan, Iran and China – the official Ashraf Ghani government is getting squeezed into patches of remaining urban clusters, including the prized metropolis of Kabul hosting 4.6 million of the total 39 million Afghans. With 95 per cent of US troops to be withdrawn, only 650 odd combatants would protect the US Embassy and the International Airport, along with a possible strike node based out of Qatar for conducting, ‘over-the-horizon strikes’ – effectively, the Afghan government is now put up to the litmus test of holding-out, as the Taliban advance.
On 15 February 1989, the last column of Soviet troops crossed the Hairatan Bridge into what is now Uzbekistan, and the Mohammad Najibullah-led People’s Democratic Party of Afghanistan (PDPA) was able to withstand the combined mujahideen onslaught till the spring of 1992, then Kabul fell. Then the combined mujahideen forces had been deeply divided, given to warlordism, and extremely disorganised as an entity – today, while the attacking force in the form of Taliban are still not exactly a monolithic entity, but they are certainly more coordinated, aligned, and disciplined. Though importantly, even in their first coming – the Taliban only took over Kabul, as late as 1996. Mullah Mohammed Omar-led Taliban in its 1.0.1 avatar had an unprecedented Militaristic support from the Pakistani ‘establishment’, financial support from Arab Sheikdoms (both governmental and private like Osama Bin Laden), as also the raw and untamed religious fervour, amongst its cadres.
Today, Mullah Mohammed Omar is long dead, the Pakistani support is indisputably on (but more covert and confused), the purse-strings of the Arabs have tightened, and in the second coming, the Mawlawi Hibatullah Akhundzada-led Taliban 1.0.2 is more ‘international’ in its outlook an indulging in realpolitik. From confabulating on the so-called ‘Peace Accord’ with the West and Afghan Government in Doha (howsoever insincerely), to making calculated overtures to China, the Taliban 1.0.2 is given to unique dynamics and landscape vis-à-vis the 1996 reality, and is therefore circumstantially more diplomatically suave, though Militarily less ferocious in its psychological framework. It would be important to extrapolate the evolving situation to assess the impact of a possible Afghan takeover by the Taliban, on the Jammu and Kashmir narrative.
To understand the implications for J&K, it is pertinent to understand the motivations and aspirations that beset Taliban per se, the track record of Taliban regime 1.0.1 towards Kashmir, and the expected headwinds that will further warrant recalibration, in Taliban thinking, now. For starters beyond religiousity, the Taliban is bound by ethnicity of Pashtun clans that affords it a certain restricted, nativist and exclusivist agenda that is not global in outlook (unlike an Islamic State or Al Qaida). While its Pashtunwali code necessitates deeply revered principle like Melmastya (Hospitality) and Nenawate (Asylum), which were often used to justify sheltering other militant organisations – its own outreach, joining-of-ranks or jointsmanship in other religio-inspired battles across the battlefields of Middle East or even Kashmir, had been extremely limited. On the contrary, Taliban is pitted against ‘internationalist’ terror organisations like the ISIL-Khorasan Province. Additionally, Taliban is now more conversant with the consequences of harbouring foreign organisations like the Al Qaida and has therefore given recent assurances to China (for whatever it is worth) of not entertaining Uyghur organisations like East Turkestan Islamic Movement. On the contrary, owing to co-ethnicity and geographical contiguity, the only insurgent groups which would intermesh and galvanise the Talibanis, would be the Pakistan based symbiotic groups like the Tehrik-i-Taliban, Haqqani Network etc. ‘Kashmir’ elicits extremely weak emotions in Afghanistan as the Pashtun has historically held a warm historical perception of ‘Hind’ (India), unlike those of a constantly interfering Pakistan (despite co-religiosity). Pakistan’s future ability to solicit Afghan mercenaries, sustain India-facing terror camps or galvanise traction for Kashmir will be even more challenging in Taliban 1.0.2, as compared to the relative disinterest of Taliban 1.0.1.
Irrespective of the initial euphoria of evicting the Americans and ‘agreeing’ to the possible Chinese-Pakistani beneficence and support, the irrefutable history and instinct of ‘anti-foreigner’ sentiment could overtime replace the hate for Americans, with similar antipathy towards the Chinese-Pakistani combine. Even ideologically, a ‘Communist’ China which openly discriminates and persecutes its Uyghur Muslim minority versus a ‘Secular’ India that constitutionally gives the same rights to all citizens, irrespective of their faith, is inherently more amenable to a theocratic state like the portents of Taliban 1.0.2. With Pakistan, the unsaid though irredentist emotions of Pasthunistan (including vast swathes of Pakistan) amongst the 63 million historically uncontrollable Pashtuns (43 million in Pakistan and 15 million in Afghanistan) across both sides of the unrecognised Durand Line, could be an unbearable thorn in Pakistani flesh. There is no such wounded emotion or cartographical issue with India. In the Taliban 1.0.2 formulation, the Taliban would be more aware of the Pakistani sophistry of ‘Strategic Depth’ in Afghanistan, as also, India’s conduct in the last 20 years, which remained without any Military ‘boots on ground’ or expansionist agenda. For the Taliban to do anyone’s bidding, let alone a Pakistan, deligitimises the Taliban in its own eyes.
The principal India-facing and Pakistan-beholden warlord surviving from the earlier era is Gulbuddin Hekmatyar, and he too is well past his prime or relevance, and his faction is also strictly speaking not part of the current Taliban construct. There are no India-baiters of consequence to invoke and irate, by the Pakistani hand. As it is, the ‘hand’ of the Pakistani ‘establishment’ is expected to be vastly diminished in the Taliban’s second coming, and with the multiple public reassurances towards behavioural commitments to the international community, on denying foreign militant groups, interfering or targeting international diplomats – perhaps it is Islamabad, as opposed to Delhi, that needs to fear Taliban 1.0.2, a lot more. 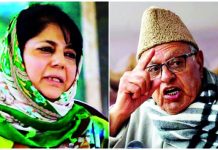 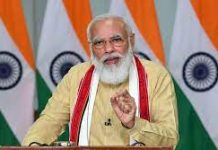