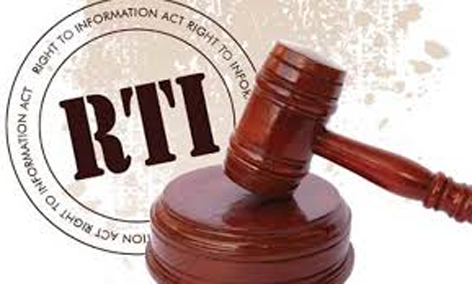 Call it sheer ignorance or undervaluing its statutory character, majority of officers in the Government departments continue to take issues concerning Right to Information Act quite leniently. It is also unfortunately observed that many officers in Jammu and Kashmir Government are appearing to be not acquainted with their statutory role under the said law. They ought to know that the said RTI has travelled much far of its statutory form to being a fundamental right under Article 19 (1) of the constitution as the interpretation is that to seek information and receive it, becomes a constitutional right. Though not for the first time, such instances of disregarding its provisions cause the UT Government a lot of embarrassment in the sense that the Central Information Commission (CIC) had to reprimand three officers as they were found to have caused violation under the rules of the RTI. The question is as to how any information sought which comes under the ambit of RTI, can be denied as happened with a case in Tehsil Mandal in Jammu? An applicant moved an application with the Sub-Divisional Magistrate having proper jurisdiction over the tehsil, seeking some information about operation of saw mills in a village nearby but the same was not made available whereupon the CIC was informed about this gross breach and contravention.
It is not that easy as it is sought to be made out by such officers who firstly do not keep themselves abreast of latest developments, at least in respect of matters and issues that they were going to attend which fell under their domain of duties and- secondly , there was no system to send a copy of disposal of the information of whatever fate to higher authorities so that at least from such authorities ‘repairs’ could be made instead of the matter going to CIC which can initiate action under the relevant sections of the RTI for failing to comply with the provisions. Thirdly, there was no solid system in vogue to fix responsibility and accountability in daring to take casually, laws passed by the Parliament with periodic amendments and last but not the least, no practice or provision of imparting to the officers a few days trainings in and exposures to changes and developments also lead to violations on account of not adequate and sufficient knowledge about the particular issue. Well, this could be taken care of even by issuing of circulars and clarifications from the Department of Law to all the concerned officers not only in respect of the RTI but other issues too.
Had the ignorance of the ‘delinquent’ officer not surfaced by willy- nilly denying the information, seeking written explanation within 30 days from him would have not been ordered by the CIC , the copy of such directive been sent to the concerned Deputy Commissioner too. Similar instance of seeking information at Kishtwar in respect of MGNREGA also was not furnished and again in Kishtwar, the PDD could not furnish the requisite information to another applicant resulting in a serious view taken by the CIC against the concerned officer. All the three instances could have been prevented from taking an unpleasant turn if initially resolved in accordance with the spirit of the RTI. It, therefore, enjoins upon all concerned officers in respective departments to take very seriously any application seeking information under the said Act. Meanwhile, we suggest that the General Administration Department must circulate the details of the causes and the consequences of the three concerned cases among all its departments so that proper noting for compliance was done at all levels to prevent taking any liberties with the RTI in any department. Like this, the Government could spare itself from taking a very defensive stance, if not facing acute embarrassment.