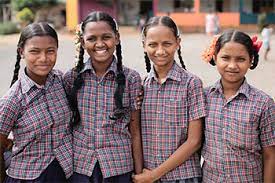 Any welfare measure decided and implemented in favour of our armed forces cannot be deemed to be enough as the nation remains indebted to them always. However, that apart, in respect of those families which have such children whose both the parents are no more due to an accident, disease or whatever leaving behind small children must be looked after by the nation. Since as much required care normally is not expected to be taken of these orphaned children by their other ”close ” relatives , though not in all cases, as normally their parents would have been taking, yet these children must get some financial assistance which so far has been Rs.1000 per month . In this connection, Union Defence Minister announcing about an increase in such financial assistance to Rs.3000 per month in favour of these orphaned children is a well deserved and much needed step which till the age of their attaining 21 years getting it can help them in a long way in leading a better life comparatively and fight conditions of penury. Needless to add, the assistance to such children (girls only) was started with a paltry amount of Rs.500 in 2007 subsequently increased to Rs.1000 and made applicable to both the genders in 2011 and, therefore, needed a revision upwards hence an increase of Rs.2000 now. Zila Sainik Boards , however, are authorised to recommend names of such children to avail of the financial assistance.