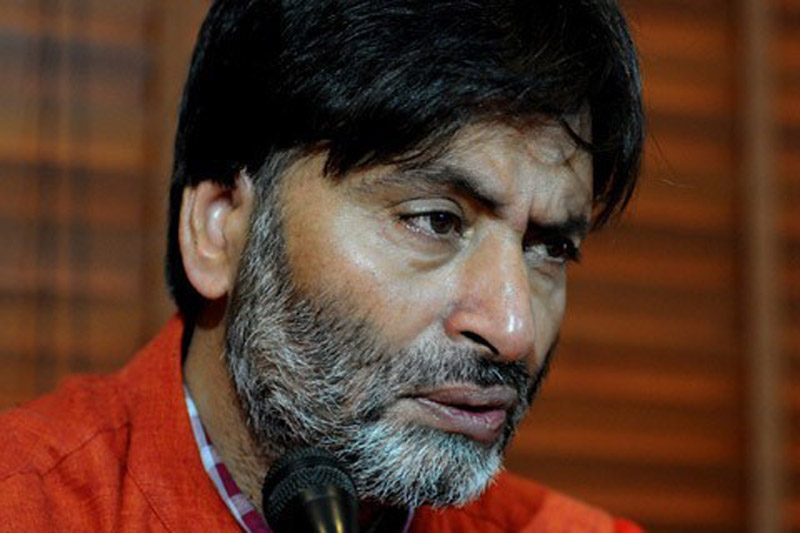 Excelsior Correspondent
JAMMU, July 22: In the much publicized Dr Rubiya Syed kidnapping and killing of Air Force personnel case, Presiding Officer of TADA Court Subash C Gupta today issued production warrants of Jammu and Kashmir Liberation Front (JKLF) chief Yaseen Malik with the direction to the Incharge Tihar Jail to produce him on August 5.
Meanwhile, Union Government appointed Additional Director Prosecution CBI SK Bhat as Special Public Prosecutor in the case.
According to case, Dr Rubiya Syed, daughter of Mufti Mohammad Syed was kidnapped from Nowgam in 1989 by some terrorists and accordingly a case was registered under TADA and Arms Act.
On 18.09.1990 charge sheet in this case was filed by CBI under Section 120-B read with Section 364, 368, 109 and 34 of RPC, Section 3(1) TADA and Section 27 of Arms Act in the court of 3rd Additional Session Judge (TADA cases Jammu) against the accused persons.
During the course of trial a petition dated 25.10.2008 in terms of SRO 168 dated 01.05.1990 read with SRO 70 dated 05.02.1991 for transfer of the criminal case to the designated court of TADA at Srinagar was filed. However, after hearing both the parties the court rejected the application vide order dated 20.04.2009 and against the order of Trial Court the petitioners approached the High Court of Jammu and Kashmir at Srinagar, which stayed the proceedings of the Trial Court.
In the killing of five Air Force personnel, an FIR was registered on 25.01.1990 under Sections 302/307 of RPC, 3(1) Terrorist and Descriptive Activities (Prevention) Act of 1987 and 3/25 Indian Arms Act in Police Station Saddar against the unknown accused persons.