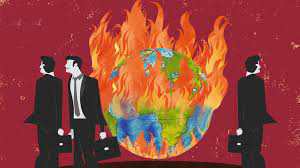 Prof. B. L Kaul
During the last two decades, I have spent most of my summers in the UK and Europe. Doubtless there were countless spells of hot summers experienced during 2002, 2005, 2010, 2013, 2014 and 2020. However, none matched the harsh heatwave that struck Europe during the third and fourth weeks of July 2022. It was unbelievable to watch greenery disappear within days in parks and on lawns. In some areas of England, water became scarce and taps ran dry. Extreme heat melted stretches of road in many places; and flights were halted after the heatwave melted the Luton airport runway.
As reported in the Washington post, “British freakish heatwave demolished records. Here is what happened. The magnitude and extent of Tuesday’s (19th July) record temperature underscored the exceptional nature of European heatwaves. The maximum reached on Tuesday in Coningsby, England – 130 miles north of London – was unlike anything the village had ever observed. The high temperature – 40.3 degrees centigrade – shattered the national temperature record for Britain by 1.06 degrees centigrade”.
The scorching heatwave which swept Europe affected more than 100,000,000 people. In southern and western Europe, more than 1100 people died from heat in the region as wildfires raged in France and Spain. Extreme heat also engulfed parts of Western Europe, resulting in worsening draught in Portugal. In Spain, the wildfire forced the state railway company to suspend service between Madrid and Galicia. More than 70,000 hectares of forest were destroyed in Spain because of wildfires. The country’s health institute estimated and accumulated a total of more than 510 heatwave-related deaths. Hundreds of the elderly in neighbouring Portugal died in the seven days of the heatwave. An elderly couple fleeing the wildfires were killed when their car overturned.
What has caused climate change?
Climate change is a direct result of global warming caused by greenhouse gas emissions (GHGE). During the past 100 years, increased dependence of mankind on fossil fuels (coal and petroleum products) for industry and in transport has resulted in the accumulation of greenhouse gases (GHG) in the atmosphere. It is estimated that there is an increase in the concentration of these gases in the atmosphere reaching alarming proportions (30% increase in carbon dioxide, 1.5% increase in nitrous oxide, and a doubling in the concentration of methane). Europe is one of the largest emitters of GHG – following China and the USA, and followed by India, Russia and Japan. Within the European Union (EU), the top five emitters in 2019 were Germany, France, Italy, Poland and Spain. The emissions of GHG by sector were in this order:
* Energy sector – 77.01%
* Agriculture – 10.55%
* Industry – 9.10%
* Waste sector – 3.34%
Environmental scientists consider an increase of two degrees centigrade – compared to pre-industrial levels – as a threshold with dangerous and catastrophic consequences for the climate and environment. This is why the international community agrees that global warming needs to stay well below a two degrees centigrade increase.
Effects of climate change
In recent times, the effects of climate change have become more visible. These changes include:
* Biodiversity losses
* Forest fires
* Decreased crop yields
* Draught and water scarcity
* Negative health consequences
These changes are, without doubt, alarming – and require immediate attention to reduce GHGE.
According to researchers at the EU commission – draught is a real threat posed by GHGE in Europe. Nearly half of Europe’s territory including the UK is at risk of draught. It has been highlighted that the draught in much of Europe is critical, as the Winter-Spring precipitation deficit was exacerbated by early heatwaves in May and June. It is expected that the water supply may be compromised during the coming months. From the media reports, there appears a perceptible concern from the UK and EU countries to chart out a course to fight the threat posed by climate change. Low precipitation and low levels of water in rivers and reservoirs are a matter of great concern.
Tackling climate change effectively
The first assessment report of the intergovernmental panel on climate change (IPCC) in 1990 had confirmed that humans have already heated the planet by roughly 1.1 degrees centigrade since the 19th century – largely by burning coal, oil and gas for energy. It served as a basis of the United Nations framework convention on climate change which was followed by the Rio de Janeiro Earth Summit in 1992 and the Kyoto Conference in 1997. Both conferences confirmed the need of containing global warming and climate change.
The Paris Conference on global warming in December 2015 is an important milestone as it has united all the world’s nations in a single agreement for the first time in history. Coming to a consensus among nearly 200 countries on the need to cut down GHGE is, without doubt, historic. It has laid down a road map to reduce GHGE as soon as possible and achieve a balance between sources and sinks of GHG in the second half of this century. It emphasised that steps need to be taken to cap the rising global temperature to a maximum of 1.5 degrees centigrade in the second half of the century. An important requirement for reducing carbon emissions is green energy. Giving up the use of fossil fuels means generating energy from renewable sources such as solar, wind, hydro, geo-thermal, tidal and biomass. If hydrogen is also added as a source of clean energy, the threat of global warming and climate change will, one day, vanish. The 2015 Paris agreement on climate change will indeed go a long way in fighting this grave threat. All that is required now is an honest approach and implementation of the agreement by all; especially the big three emitters of GHG – namely China, the USA and European nations. Others will no doubt follow. Most importantly, it is essential to involve citizens and stakeholder groups worldwide to save all forms of life on Mother Earth.
(The author is an educationist and environmentalist.)