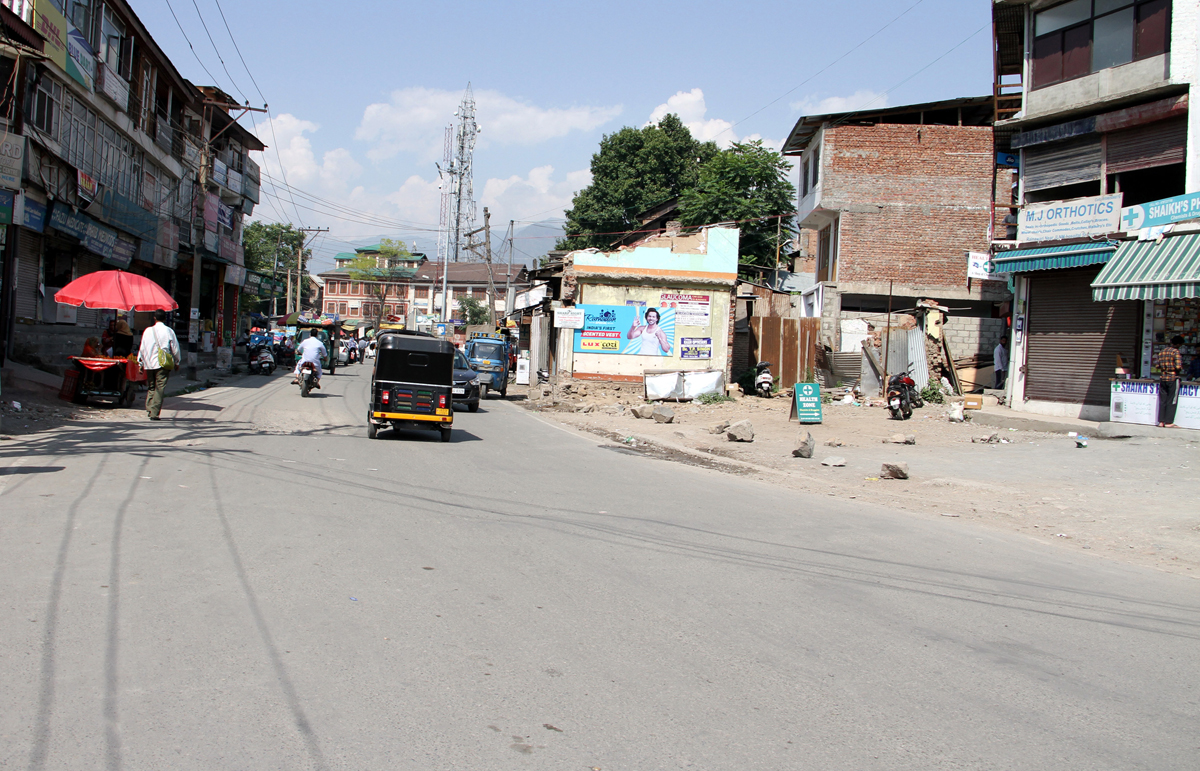 Project held up for want of funds

Suhail Bhat
Srinagar, Jan 17: Inadequate funds have hampered the acquisition of land and properties for the widening of Syed Meerak Shah- Zakura road that was started to serve as key surface link to old town, Hazratbal shrine and University of Kashmir.
The construction work on the 10.55 kilometers road stretch from Dalgate- Zakura area of Srinagar taken up with an estimated cost of 336.24 crores in 2009. Aimed to streamline the old city’s traffic and get rid of traffic snarls, the project remained incomplete even after the passage of a decade.
The main reason behind the delay in acquisition is a deadlock between affected owners and the administration over the amount of compensation. The disagreement has resulted in improper widening and left some places unattended. This has put extra vehicular pressure on busy squares like Khayam, Khanyar and Rainawari and worsened the traffic scenario in old city.
Some of the house owners have moved to the court and that has also prolonged the delay.
Chief Executive Officer Roads and Buildings Department, Sami Arif, when contacted told Excelsior that lack of funds has stalled the process, “wedon’t have funds for the acquisition of land or property. Work will resume once funds are released. We are expecting funds by the end of March,” he said.
Asked about inadequate compensation, he said, “we have raised the issue with the Government,” he said.
Because of the pending stretches, he said, the project is held up. “We have carried some work on the stretches which were available but for the rest we need more funds,” he said.
Majority of the building owners said that Government should pay them adequate compensation before asking them to vacate their properties, “we are ready to cooperate provided Government gives us the desired compensation. How can they demolish our houses without paying us compensation as per the market value,” a local from Khayam area asked.
He added the value of Kanal of land in their area was over 2 crores but government was paying only 40-lakshs, “we want government to have a serious look,” he said.
Some people living along the road stretch blamed the Government for adopting a lazy approach towards the project, “they are constructing the road in patches and there seems to be no end in construction process. I don’t think I will travel on this road in my lifetime,” MohmmadYasin, a resident of Rainawari said.
Some of the inhabitants said they are being paid less for their rehabilitation while others claimed that the bottlenecks are being removed selectively. “If the authorities have to demolish our houses, in return they have to give us compensation as per the market value. If Government cannot afford to pay us according to market price, then they have no right to take our property. Government is not keen on removing bottlenecks. At some places they have dismantled buildings, but at other spots they wear blinkers,” another resident from Rainawari said.