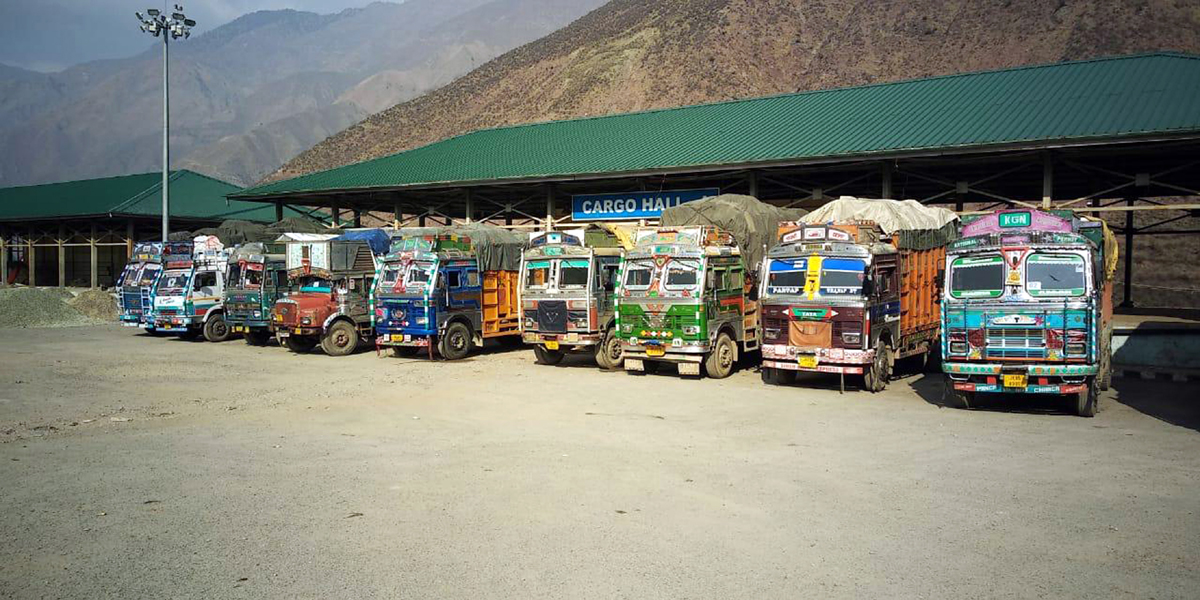 Excelsior Correspondent
Srinagar, Apr 19: Peoples Democratic Party (PDP) president and former Chief Minister Mehbooba Mufti today termed the suspension of cross LoC trade in Jammu and Kashmir a major setback to the Indo-Pak relations.
Speaking to reporters here Mehbooba said that it is a major setback as Prime Minister Narendra Modi is undoing the former Prime Minister Vajpayee’s CBMs. “It is a major setback. It seems that all the CBMs that were taken by Vajpayee are being undone by Modi, be it talks or other CBMs, the present Government is doing the opposite of it”, she added.

The former Chief Minister said that it is the same day when Vajpayee had extended hand of friendship to Pakistan from here and said that Kashmir issue will be resolved under the ambit of humanity. “This is very unfortunate and very ironical as well. It is the same day when Vajpayee had come to Kashmir and had extended the hand of friendship to Pakistan. He had also said that he will try and find the solution of Kashmir problem within the ambit of humanity”, she said
The PDP president said that instead of moving forward “we are moving backward. “I think that instead of moving ahead we are moving backwards with regard to the Kashmir problem. The solution of Kashmir issue lies within the fact that all the roads should be opened”, she said.
“When I was the Chief Minister, they had insisted on shutting down the LoC trade but I had rejected it categorically”, she said.
Mehbooba said that choking Kashmir will lead to more trouble and stressed for opening of more LoC routes. “I want to tell the Government of India that the Kashmir problem is much difficult and the face of which we have seen in the shape of Pulwama. If we will choke it more, we will have it all complicated. The solution lies that we open all the intrinsic roads of the Valley”, she said.
“In the times of elections, they want to show it to country that we are taking tough steps in Kashmir; it is all being done for the polarization”, she said.
The PDP president said these are the worst times for the country and those candidates are being fielded by BJP who want to destabilize communal harmony, incite violence and destroy good relations with the neighboring country.