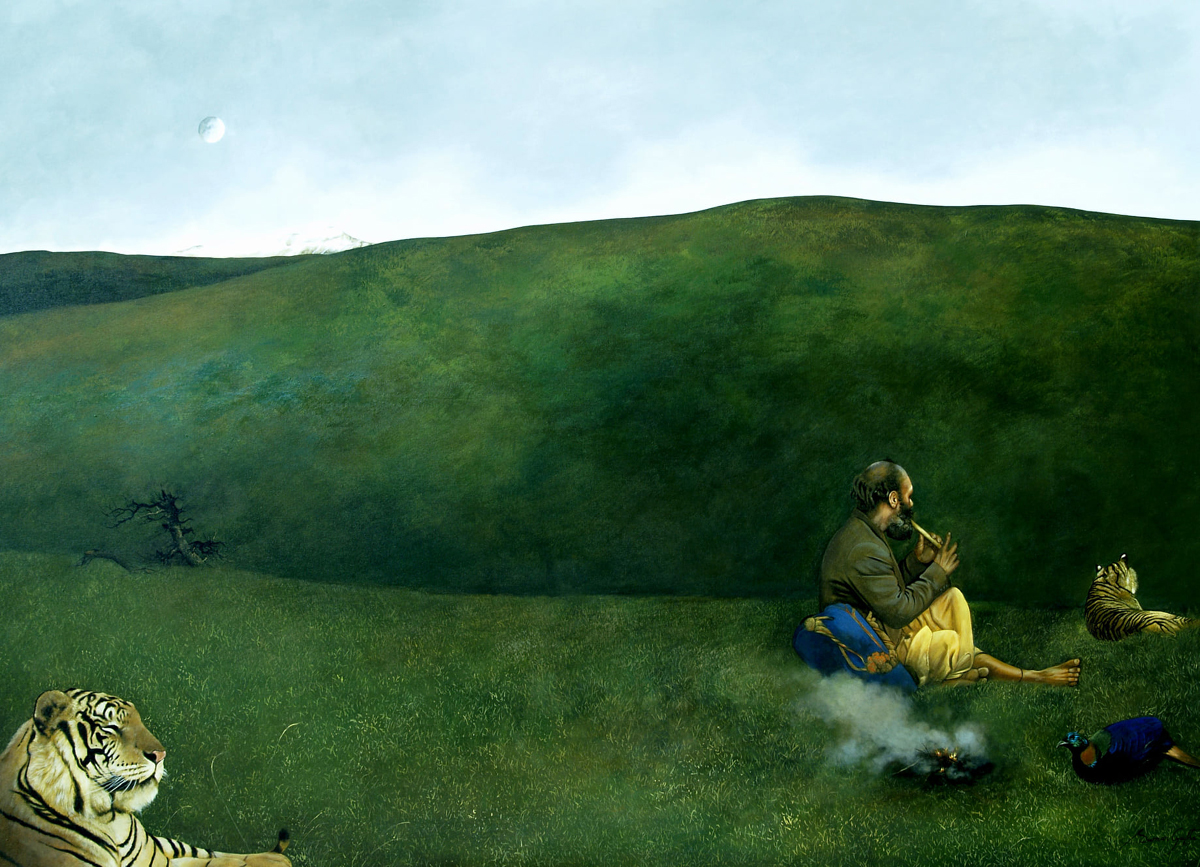 Excelsior Correspondent
JAMMU, Aug 13: Internationally acclaimed artist Suman Gupta’s paintings have been included in a major group show at Gallery Nvya.
The show titled THREADSUNS which is being curated by an independent curator Shristi Sainani shall have its preview on August 18 at Gallery Nvya major space in Square One Designer Arcades, Saket, New Delhi.
The show includes works by some great contemporary and upcoming Indian artists who have been working and experimenting regularly in their respective contemporary and traditional medium and style.
Suman Gupta is an Indian magic realist with a modernist vision. He is a serious and research oriented painter with his objective reality and every new work explore the hidden reality with consistency and conviction as moral undercurrent.
In his work, The Magical flute, through uncompromising study of his subject, he has imbued the commonplace with a hauntingly extraordinary character, seen in his stunning depiction of light and shadow —at once brilliant and subdued, ethereal and fleeting and palpable.