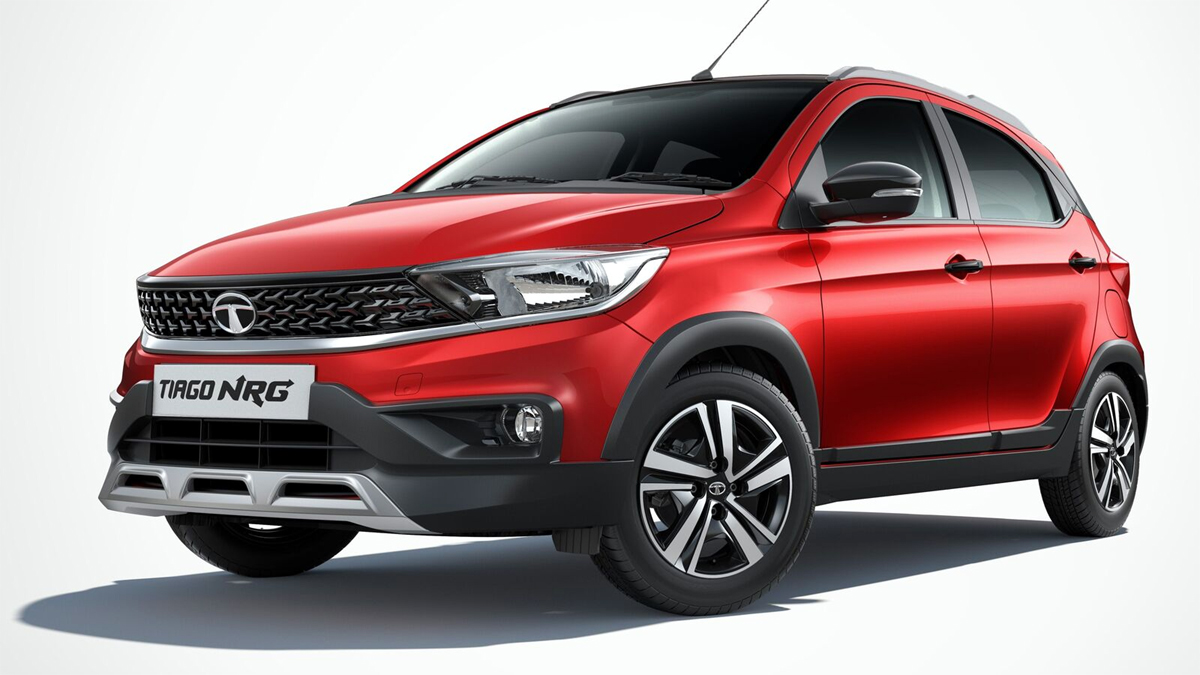 Excelsior Correspondent
JAMMU, Aug 13: In line with its `New Forever’ philosophy and celebrating the first anniversary of Tiago, AM Auto Jammu launched the Tiago NRG XT variant at 1NR 6.42 lakhs, here today.
The Tiago NRG since its launch has received a phenomenal response from its customers. It has been appreciated for its SUVish design, tough roader ability along with its best in segment safety rating (4 star by GNCAP). With the addition of this new variant, the Tiago NRG will now be available in two trims – the Tiago XT NRG and the Tiago XZ NRG.
The new Tiago NRG XT variant comes with new 14″ Hyperstyle Wheels, 3.5″ Infotainment System by Human TM Steering Steering Mounted Controls, Height Adjustable Driver Seat, Front Fog Lamps and many other features along with carrying forward the NRG design elements such as High Ground Clearance of 181 mm, Rugged Claddings, Infinity Black Roof with Roof Rails & Charcoal Black Interiors.
The vehicle was launched by Raj Mahajan, Sharmila Gupta, Jatinder Gupta (Chairman AM Group) in the presence of Managing Director Sanjay Mahajan, Director Tarun Malhotra , Director Ankur Mahajan, Director Akshay Mahajan along with GM Manmohan Singh and Anil Jasrotia from Tata Motors.
“Kick starting the festive season, we are elated to introduce our customers to the Tiago XT NRG. Priced attractively, this variant is well-packaged and aims at enhancing the drive experience. We are confident that the addition of this feature rich XT variant will further strengthen the NRG and the overall Tiago portfolio propelling their sales performance ahead,” said the officials with the message to be safe and drive safest cars by checking GNCAP ratings while buying.