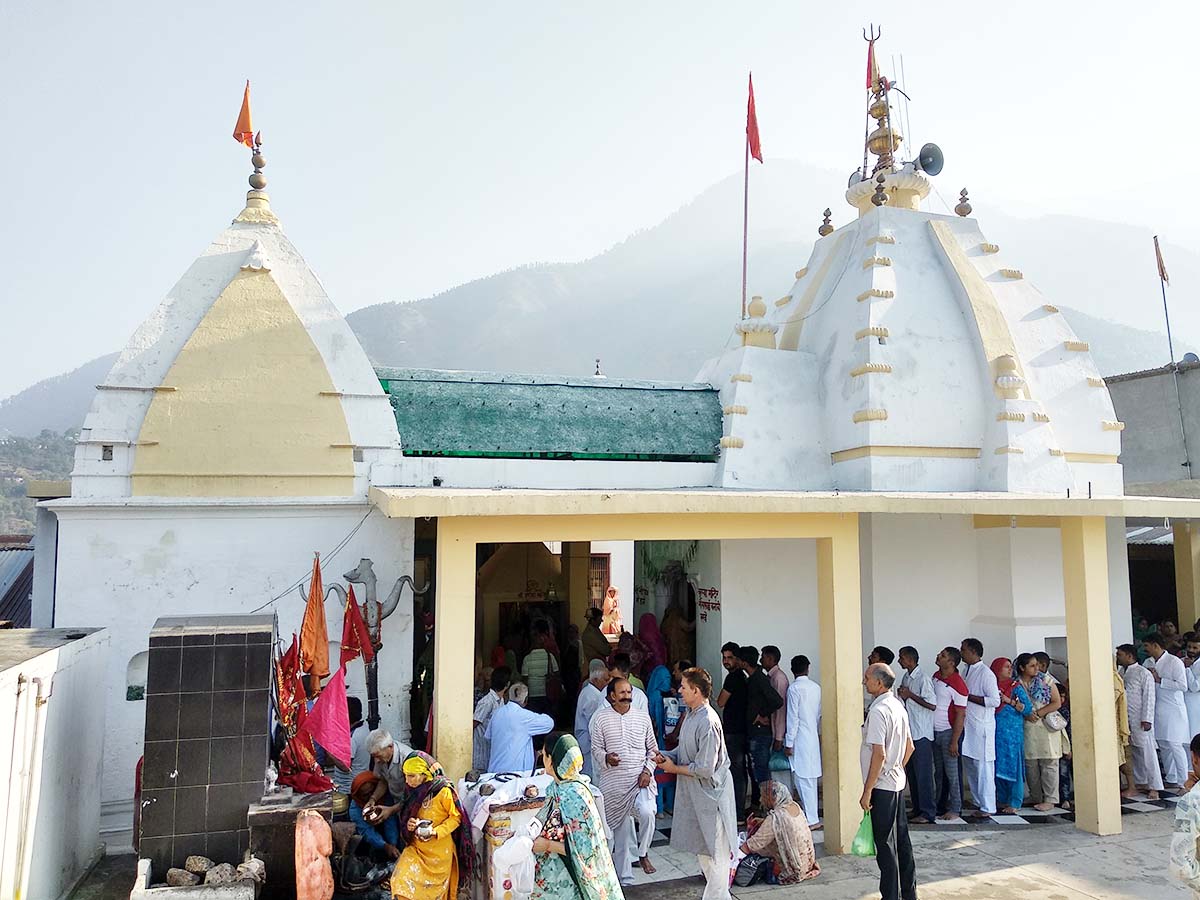 Arjun Singh
‘Although’, Jammu which is situated in the foothills of great and gigantic Himalayas is famous as ‘City of Temples’ as the dwelling site has umpteen number of worship places and holy shrines, and a large chunk of population here is having undaunted faith in the existence of God and His magnanimity but without visiting Sudhmahadev and paying obeisance at this famous pilgrim destination the visit to Jammu is considered as incomplete. Situated at a distance of 42 Kms from Patnitop, the famous hill station of Jammu Division, and 112 Km from Jammu, the quiet and serene environs surrounding this highly revered Shool Paneshwar temple make this place very special–a must visit pilgrimage site.
The temples and other places in the vicinity are all being looked after by Dharmarth Trust, a decades old institution working for upkeep of temples and shrines of J&K.
The ancient site believed to be more than 3000 years old is adorned by nature’s charm and spiritual quintessence where art and architecture is galore. The place enchanted by many for being full of mystical enigma and for many others it is the must go destination to move into state of trance or attain salvation. The temple here houses a natural black marble Lingam, the Trident (Trishul) of Lord Shiva and mace believed to be of Bheem, one among five Pandavas. The temple is near the famous spot of Mantalai, which is believed to be the place where marriage ceremony of Lord Shiva with Mata Parvati was held.
Besides, Sudh Mahadev is well-known for its archaeological importance, as a great pilgrimage centre and for writing on an iron pillar though it has been corroded and deformed by the passage of time. The inscription on the trident is believed to be of Lord Shiva by which He killed a demon Sudhanshu.
Situated amid lofty mountains studded with dense pine and deodar forests, Sudhmahadev is an ideal place to visit in summer. During early days the management of Sudhmahadev temple and other places of religious importance in the vicinity was run by local kings and Mahants, who were called as ‘Peers’ in those days and who used to look after the temples following traditional beliefs and rituals. Soon after the merger of Chenani with erstwhile State of J&K, the role of Mahants in running the affairs of these temples started diminishing and a local committee took over the reins. It was under this committee that significance of the place was popularized as one of prime religious spots in J&K.
Sudhmadadev is connected with many Shiva legends and it’s located on the banks of Devak, considered in Puranas to be holier even than the Ganges. The main shrine there has a black-marble exquisitely sculptured statue of Shiva-Parvati, a great attraction for the devotees and the art-lovers alike.
Every year on the occasion of Asad Purnima hordes of people visit Sudhmahadev in a three-day festival comprising folk-songs and folkdances and religious rituals which are age old. The visitors of all hues worship and make offerings at the ancient Shiva shrine. The folk dances at night craft a unique splendor which seems to be out of this world and a perfect ambience for attaining salvation.
Three miles away from Sudhmahadev is the tank of Mantalai. Abundant red pottery and terracotta figures have been found there though no proper excavation work had been undertaken yet. About three miles on the other side there is the lovely site named Gauri Kund. There is a small cave associated with Parvati and a Kund which devotees deem to take bath before proceeding to Sudhmahadev.
Connoisseurs of art also love to visit this site to get mesmerized by the panels of sculptures depicting various anecdotes from Hindu mythology at Paap Nashni Bauli. Besides these, there are various other places of religious importance in the vicinity including Buddi Shuddi Gaukaran, Vaini Sangam, Dashala, Hardwar, Budda Kedar, etc. Due to indifference of successive governments many of these places are still not connected with proper road network and only those having undaunted faith and extraordinary grit reach these sites and the rest of people satiate their quest only by visiting Mantalai, Sudhmahadev and Gauri Kund, as there is road connectivity and a regular bus service as well. It was in the year 1981, the Sole Trustee of Dharmarth Trust, Dr Karan Singh felt that the place needs proper focus and the visitors should be provided with adequate facilities and hospitable welcome. Consequently, he took over the charge of the place and formed a local committee to make relevant arrangements for the devotees besides looking after the temple property and establishing required edifice.
Dharmarth Trust, which is doing yeoman’s job in looking after places of religious significance in J&K, took it as a challenge and started working on making Sudhmahadev, a place having affordable and comfortable facilities for one and all. Thus, under the realms of Dharmarth Trust and philanthropic vision of Dr Karan Singh, a Yatri Niwas was constructed at Sudhmahadev in 1983 initially comprising ten rooms which was later improved and now a good number of devotees can be accommodated in the building with all modern facilities. Besides, Dharmarth Trust also built a huge Verandah at the temple site which also is proving to be all benevolent to people visiting Sudhmahadev.