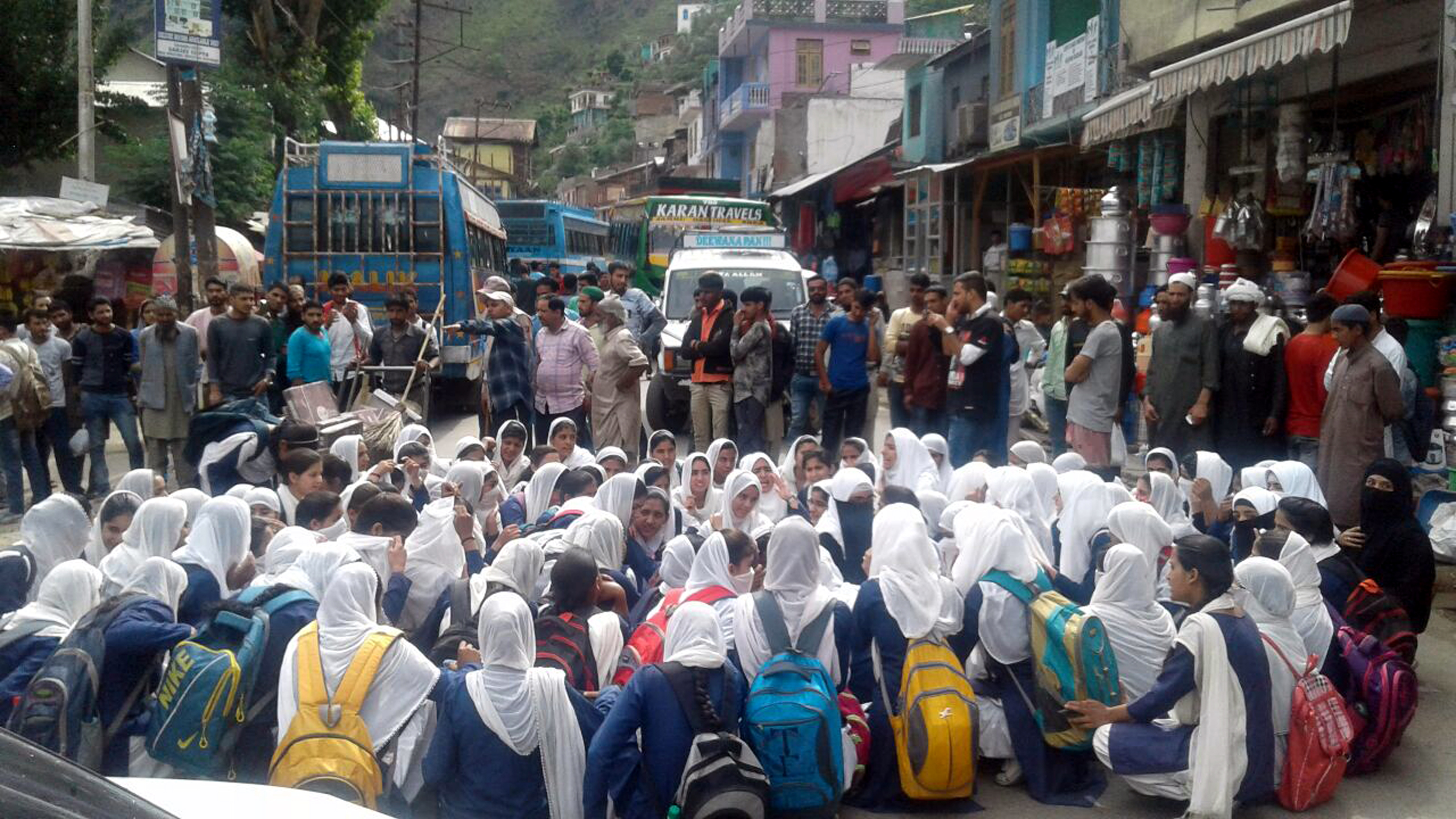 Excelsior Correspondent
DODA, May 19: The girl students of a Government institution are up in arms against the shortage of staff.
A large number of girl students from Government Girls Highet School Thathri assembled at main chowk Thathri and held protest.
Amid slogans against the Education Department and concerned MLA, the students blocked the vehicular movement on the Kishtwar-Thathri-Gandoh road.
The protesting students flayed the Education Department for its failure to provide adequate staff in their institution.
“We are facing shortage of staff. We are not having Math and Science teachers, due to which we are facing problems. We apprised the concerned authorities several times, but nothing has been done till date and now we have been forced to come on roads”, the protesting students stated.
The students warned to intensify their protest if their demand is not redressed in the shortest possible time.
After getting information, officials of Education Department rushed to the spot and assured the protesting students of fulfilling their demands.
On the assurance, the students dispersed and vehicular movement on the road was restored.