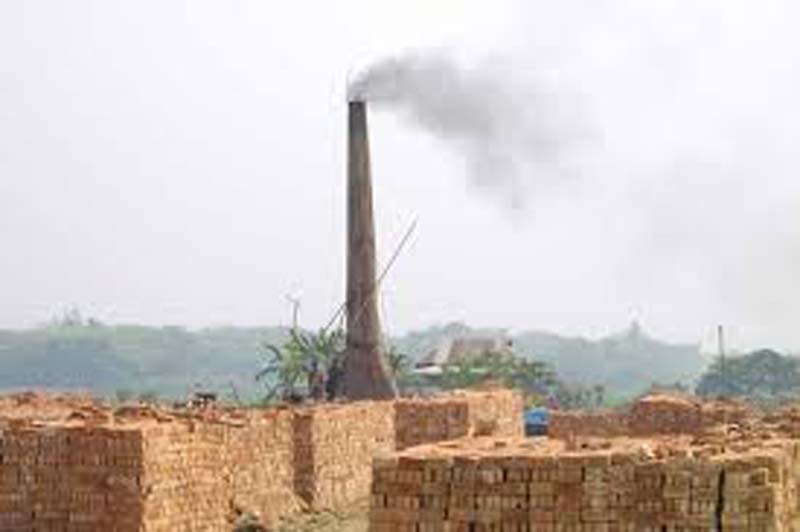 JAMMU, Apr 6: Stringent provisions have been enforced to regulate the establishment and functioning of brick kilns in the Union Territory of Jammu and Kashmir. Moreover, the fee for grant of license has been enhanced and scope of punitive action widened by way of amendments carried out in the Jammu and Kashmir Brick Kilns (Regulation) Act, 2010.
About dozen amendments in the provisions of the Jammu and Kashmir Brick Kilns (Regulation) Act have been carried out through Jammu and Kashmir Reorganization (Adaptation of State Laws) Order, 2020 issued by the Ministry of Home Affairs few days back.
In Sub-Section 4 of Section 3 of the Act, which deals with establishment of brick kilns, the Ministry of Home Affairs has incorporated several stringent provisions. Now, no person can establish a brick kiln or apply for renewal of license unless he produces non-agriculture land use rights certificate from the Revenue Department.
Moreover, none can establish brick kiln unless he produces consent to establish certificate from the Union Territory Pollution Control Board and has an adequate mud stock as raw material for such brick kiln on an uneven and unproductive land to be certified by the District Agriculture Officer.
The MHA has also amended Clause (C) of Section 4 of the Act. Earlier, it was mentioned in this clause that no brick kiln shall be established on any land which has not been declared as “Banjri-Kadim” in the Revenue records. Now, this clause read: “No brick kiln shall be established on any land which has been declared as “Gair Mujruba” (uncultivable land) as recorded in the last Jamabandi.
Even Clause (D) of Section 4 has been amended and now it has been mentioned that no brick kiln shall be established on any land which is within the demarcated forest area under the Indian Forest Act, 1927 instead of J&K Forest Act, 1987.
Moreover, Sub-Sections 4 and 5 of Section 6 have been amended to ensure that all the newly incorporated stringent provisions are strictly adhered to at the time of filing of application seeking grant of the license.
Earlier, Clause (D) of Sub-Section 6 of Section 6 of the Act, which was dealing with punitive action for non-compliance of the provisions, was vague. But in the amended Clause (D) it has been explicitly mentioned that punitive action shall be taken by the competent authority for non-compliance of the provisions by way of imposing such fine as may be prescribed by the Licensing Authority.
In Section 8 of the Act, it was mentioned that the fee for grant of license shall be Rs 35,000 and the renewal fee for such license shall be Rs 10,000 per annum. However, by amending this Section the Ministry of Home Affairs has enhanced the license fee to Rs 50,000 or such higher amount as may be fixed by the Government from time to time.
The explanation under Section 12 of the Act has also been amended and it has now been made clear that the provisions of Sections 102 and 103 of the Code of Criminal Procedure, 1973 relating to search and seizure shall apply.
The Section 12 states that Licensing Authority or any other person authorized by the Government shall have the right to enter and inspect any brick kiln; to seize or order the production of any document, books, register or records in possession of owner or any person having control of or employed in connection with any brick kiln if he has reasons to believe that contravention of the provisions of this Act has been or is being or is about to be committed and to stop and inspect any vehicle in which bricks are being carried for sale, supply or storage or for any other purpose.
Even Section 18 of the Act, which deals with refusal to sell, has been amended and this shall now constitute an offence under any law in force on the subject instead of only Hoarding and Profiteering Prevention Ordinance.