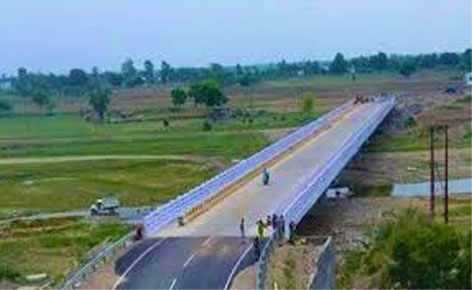 Since the UT of Jammu and Kashmir has sensitive areas close to the International Border (IB) and Line of Control (LoC), more of connectivity was required for general public as also for movement of armed forces. Realising this, six major bridges of strategic importance were recently dedicated to the nation. This was done under the set protocol under the COVID restrictions through video conferencing from New Delhi by the Union Defence Minister Rajnath Singh.
Embarking upon innovative and developmental initiatives for Jammu and Kashmir and with an even spread without any discrimination with any of the parts of the UT, such measures were bound to take the UT towards more progress and growth. It is only an established fact that roads and bridges are the lifeline of a nation playing pivotal role in socio- economic development of all areas especially those falling in rural and far flung areas.
Border Roads Organisation has always been at the forefront of developing infrastructure in difficult and far flung areas. It has to its credit construction of vital bridges in the area under reference and the ones dedicated to the nation by the Defence Minister Rajnath Singh are four in the Akhnoor sector and two in the Jammu Rajpura area which have been constructed at a cost of Rs.43 crore. Having maintained the culture of adhering to timelines and maintaining quality, these bridges have been completed within a record time for which they rightly deserve commendation. Nearly 50 new bridges having been constructed in the region during the last five years has happened for the first time which has established records of the sorts.