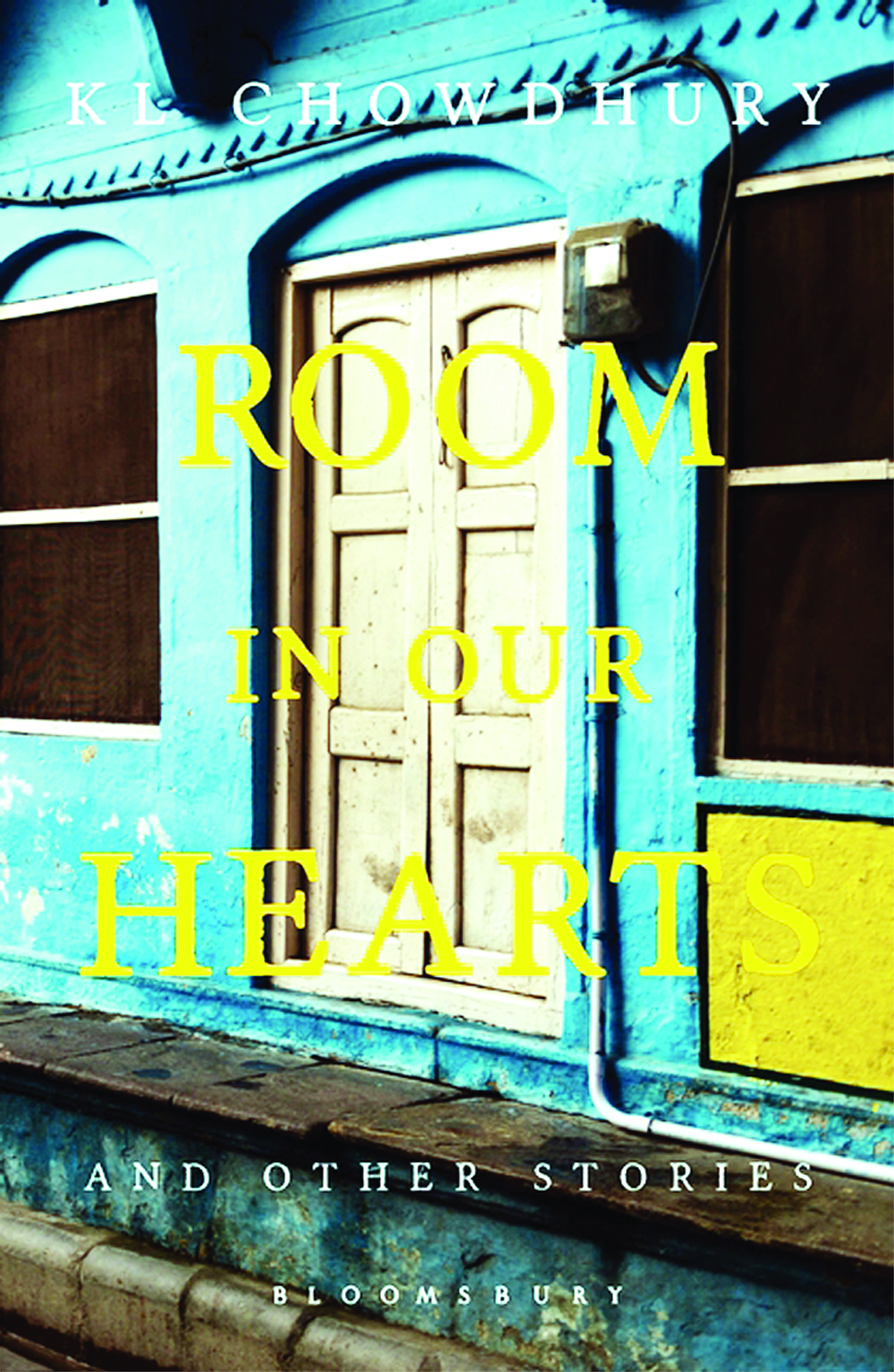 Arvind Gigoo
Room in Our Hearts is Dr K L Chowdhury’s third volume of short stories, following on Faith and Frenzy and Why Don’t you Convert, which were runaway successes. The present volume contains twenty-two short stories that hold the reader spellbound until the very last line and establishes the author as a short story writer of substance.
Except for one story (An Indian Connection) that takes you to far off California, all other stories are situated in Jammu and Kashmir and bring vivid images of the lives of people – Kashmiri Pandits, Kashmiri Muslims and of the denizens of Jammu. The author has dedicated the book to his parents from whose oral narratives he imbibed the art of storytelling.
In his introductory note K L Chowdhury tells us that he mines the stories sitting deep inside his subjects like raw diamonds that he cuts and polishes to give them the final shape. No doubt then, that we are mesmerized by his craftsmanship, word-order, diction and the rhythm of his simple and sweet prose. Each story is written with clarity and finesse. The author emerges as a master of characterization, and creates a sharp and vivid visual imagery of each situation. The depiction of social realism is a marked feature of all the stories which are artistic portrayals of the day-to-day life of people. The author’s ability to create atmosphere, delineate characters and his realization of the aspects of life seemingly ordinary but psychologically profound have made him a significant writer whose contribution to short story writing in India is outstanding.
The emotional undercurrents that permeate the stories present before the reader a mirror of life. They deal with the beliefs, the deeply entrenched myths and the values and conventions as cherished by the characters drawn from day to day life. The roving eye of the author and his keen observation do not miss even a single subtle feeling or mood. We find in the stories depth of penetration and a seminal force that pave the way for an inevitable progression of events with a unity of effect. The author certainly aims at more than mere photographic representation. He uses the exact language of common speech to create his own rhythm and shows absolute freedom in choice of subject. His prose is not decorative or flowery. He avoids trite and stale expressions, and offers the readers his disciplined prose through his fertile imagination, observation and productivity.
Dr Chowdhury believes in the artistic creed that the purpose of art is to depict life with complete honesty-to show things ‘as they really are’. His s intrinsic qualities as a short story writer, viz. his precise, energetic prose, his urbanity and his razor sharp analysis of everyday happenings make him a significant short story writer in English writing in India.
The plots are unveiled artistically, quietly and slowly with a dramatic element superimposed at places to give unique twists and turns to the narrative. Tulsi Nath in A Forgotten Vow is a retiree who is traveling on LTC to South India with his family. Through the dramatic appearance of the ticket checker he is reminded of a vow made long back in childhood and he takes the journey to the famed temple of Balaji. The description of the journey towards Balaji is pictorial and vivid. The author has drawn beautiful images of Balaji and of the tonsuring of heads by the devotees like an artist. The references to Big Bang, Time and the Lord are breathtaking, and enhance the narrative element of the short story.
Dr. Chowdhury skillfully weaves the plot of the short story The Mind of a Terrorist and unfolds the relationship of two neighbours, Kakaji Gurtoo and Mushtaq Ahmad alias Nalicha, during militancy with a telling effect. Nalicha is a religious fanatic-turned-terrorist who advises Kakji to leave Kashmir like most of the Pandits who are fleeing for their lives. Kakaji is adamant and stays put in the Valley but is finally forced to quit when he finds a dead body on his porch. He refuses to believe that his friend Nalicha has changed into a fiend. The portrayal of relationship – suspicion and fear – is realistic. Dr. Chowdhury builds the tension with positive results. The images of the cold and the snow of 1990 are unforgettable. The end of the story when Kakaji and his wife visit Kashmir on a religious pilgrimage and encounter Nalicha, is humanistic in tone. This short story is good material for a short film.
In A Craving for Clay, a 45-year-old lady likes to eat the clay of her village Wadipora which has the blessings of Badrakali. The clay of Jammu is full of sand. The depiction of deserted Pandit houses with burnt windows and doors is full of nostalgic images. Sympathy and contrast are presented with artistic finesse. There is a subtle touch of surrealism in the story which ends with the prophetic words: “No one can snatch your dreams.”
Several short stories in the book Room in our Hearts fall in the genre, Literature in Exile, a genre initiated for the first time in India by Kashmiri Pandits away from their homeland, and enriched greatly by Chowdhury’s poetry and prose.
Dr Chowdhury has enriched the English language by using many Kashmiri words. The notes at the end of each short story are a big help to the non-Kashmiri reader. This book is a must for every lover of short story, and also for those interested in the current history of terrorism-ravaged Jammu and Kashmir.