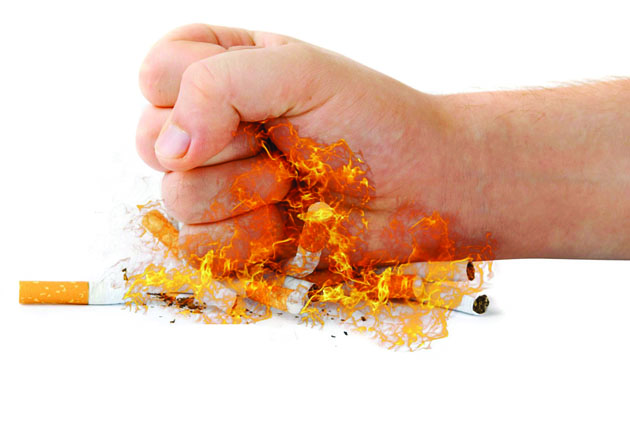 Dr Sushil Kumar Sharma
Every year , On 31st May , WHO and Partners mark World NO Tobacco Day , highlighting the health risks associated with Tobacco use and advocating for effective policies to reduce tobacco consumption. The Theme of No Tobacco Day 2015 is Stop illicit Trade of Tobacco Products.
Goals of  the WNTD:
* Raise awareness on the harm to people’s health caused by the illicit trade in tobacco products, especially the youth and low-income groups, due to the increased accessibility and affordability of these products due to their lower costs.
* Show how health care gains and program, tobacco control policies, like increased tax and prices, pictorial health warnings and other measures are undermined by the illicit trade in tobacco products.
* Demonstrate how the tobacco industry has been involved in the illicit trade of tobacco products.
* Highlight how the illicit trade of tobacco products is a means of amassing great wealth for criminal groups to finance other organized crime activities, including drugs, human and arms trafficking, as well as terrorism.
Prevalence :
* The Global tobacco epidemic kills nearly 6 million people each year. Of which more than 6 lacs are non smokers dying from breathing second hand smoke .Unless we act, the epidemic will kill more than 8 million people every year by 2030. More than 80% of these preventable deaths will be among people living in low and middle income countries. Approximately one person dies every six seconds due to tobacco
* 56.4% of cancers in men and 44.9% of cancers in women are caused by Tobacco in India. India has the largest number of the mouth cancer cases in the world due to tobacco use.
Passive smoking:
Passive smoking is breathing other people tobacco smoke. Tobacco smoke consists of side stream smoke from the burning tip of cigarette and mainstream smoke that has been inhaled and exhaled by the smokers. 85% of the tobacco smoke in a room is side stream smoke which contains a highest proportion of toxic gases.
The Passive  Smoking has the short term effect such as eye irritation, headaches, sore throats and coughing. Inhale smoke whether from passive exposure or Cigar or Pipe consumption increases Coronary Diseases. Passive exposure came impair coronary vasodilator capacity and increase bronchial responsiveness and concomitant pulmonary dysfunction.
Harmful effects of Smoking
Smoking increases the risk of CHD seminal studies linking smoking and Heart Diseases appeared by the middle of 20th century. The 1964 Surgeon General report reaffirm the epidemiologic relation and by 1983 The Surgeon General had firmly established cigarette smoking as the leading avoidable cause of CVD. Smoking doubles the incidence of CHD and Increases CHD mortality by 50% and that these increase risk with age and the number of Cigarette smoked. Women incur similar increases in the relative risk for CHD. Smoking rates continueto rise worldwide with the greatest increase in the developing world. Among smokers 35yrs of age or older who die of smoking related causes 33% die of CVD.
Smoking has also been linked to
* Cancer of the mouth
* Larynx
* Oesophagus
* Bladder and Pancreas
* Stroke
*COPD
More recently published research has found links to premature menopause, complications in pregnancy, impotence, premature ageing and reduced fertility.
Environment Effect : Tobacco causes destruction of forests by cutting of trees to create a space for tobacco farming and to get wood for curing of tobacco .About 7000 Cr  tonnes of paper is used every year for wrapping Cigarettes. Tobacco growing depletes soil nutrients at a much faster rate than many other crops and reduces the soil fertility. The land used for tobacco farming becomes useless for other crops. Smoke from tobacco products and that exhaled by smokers causes air pollution.
Benefits of Intervention : Observational studies demonstrate clear benefits of smoking cessation .Smokers who quit reduce their excess risk of 50%  within  first two years of cessation with much of this gain in the first few months this period is followed by more gradual decline , with the risk of former smokers approaching that of never smokers after 3 – 5 years .The gain in life expectancy are large and the earlier in life an individual stop smoking the larger the potential gain, A 35 yrs old male smoker for example May add 3 yrs to his life expectancy on cessation.
How to quit smoking?
* Quit smoking with the support of Nicotine Replacement Therapy by consulting your doctor.
* Throw away or hide the matches, lighters and ashtrays
* Stay away from people who smoke close to you
* Avoid caffeinated beverages as it commonly stimulates your urge to smoke
* Avoid alcohol as it increases your urge to smoke and can also harm your body
* Change your habits connected with smoking and substitute other activities
* Engage yourself in physical activities like exercise, yoga or walking. This could relieve your tension.
In order to help smokers to quit smoking , the  public health service guidelines support a combination of counseling and medication and stress the importance of multiple counseling sessions to increase the success rate .Seven first line pharmaco therapies that reliably increase long time smoking abstinence were also identified . Sustain release bupropion  hydrochloride , 5 nicotine replacement therapies ( Gum patch, Inhaler, Nasal spray and lozenges) and Varenicline.
World No Tobacco Day is an attempt to draw public and Government attention on the need to take effective measures to prevent tobacco consumption which contaminates the air we live in . So. If your dream is to live in a pollution free environment then Give up Smoking and consumption of other tobacco products for Life.
You’re always better off if you quit smoking; it’s never too late.
(The author is HoD Cardiology GMCH Jammu)