NEW DELHI: The Supreme Court Monday asked the National Green Tribunal (NGT) to decide on the merits and maintainability of the issue raised by the Tamil Nadu Government on Vedanta’s plea challenging the closure of its Sterlite plant at Tuticorin.

The top court said the NGT should consider these issues after a three-member committee, constituted by the green panel to look into environmental compliance and other issues of Sterlite plant, submits its report.

A bench of Justices R F Nariman and Indu Malhotra said it has already asked the NGT to consider the issues of merit and maintainability.

“Since our order is not mentioned in the NGT’s order of August 20, we need to remind the tribunal that once the report of the committee comes, it will decide the issues of merit and maintainability,” the bench said.

Senior advocate C A Sundaram, appearing for Vedanta, said he had no problem if the NGT decides both the issues as all relevant materials were with them.

“You have not brought our earlier order to the notice of the tribunal. We say so, as it does not find mention in the order of tribunal. We are only on one point, that our order has to be obeyed”, the bench said.

Sundaram said they also wanted that the top court’s order should be complied with. “We have brought it to the notice of tribunal”, but it has gone ahead and constituted the committee.

“How can the court go ahead without deciding the maintainability,” the bench said and added that the Water Act provides that the matter should be heard by the tribunal.

Sundaram said let there be no committee and the arguments on the issues of merit and maintainability should be held before the NGT.

When the bench asked the parties about their objections to the committee, Vaidyanathan said he had an objection.

The bench then said it will pass order and directed the NGT to decide the issues of merit and maintainability.

On August 31, the green panel had appointed former Meghalaya High Court Chief Justice Tarun Agrawal as the head of a three-member committee to decide on Vedanta’s plea challenging the closure of its Sterlite copper plant at Tuticorin.

The apex court had on August 17, refused to entertain Tamil Nadu government’s plea against the NGT order allowing mining major Vedanta access to the administrative unit inside its closed Sterlite copper plant at Tuticorin and asked the NGT to “finally decide” the matter. It had said that the NGT would hear the matter on merits and also on the issue of maintainability raised by the state government.

The green tribunal had on August 9 allowed Vedanta to enter its administrative unit inside its Sterlite copper plant, observing that no environmental damage would be caused by allowing access to the administrative section.

The state government had challenged the NGT’s order in the apex court.

In its August 9 order, the NGT had said that the plant would remain closed and the company would not have access to its production unit and directed the district magistrate to ensure this.

The Tamil Nadu government had on May 28 ordered the state pollution control board to seal and “permanently” close the mining group’s copper plant following violent protests over pollution concerns.

Sterlite’s factory had made headlines in March 2013 when a gas leak led to the death of one person and injuries to several others, after which then chief minister J Jayalalithaa had ordered its closure.

The company had appealed to the NGT which had overturned the government’s order. The state had moved the Supreme Court against it, which had then ordered the company to pay Rs 100 crore as compensation for polluting the environment.

After Sterlite announced its plans to expand Tuticorin plant, villagers around it started fresh protests that continued for over 100 days, culminating in the May 22 police firing on protestors that claimed 13 lives and left scores injured. Following these protests and police firing, the plant was closed on March 27. (AGENCIES) 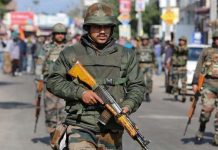 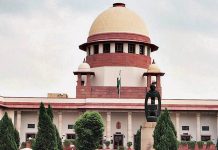 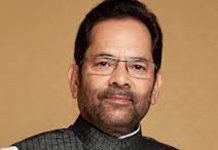 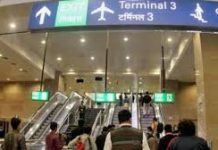 Delhi Airport handles over 50 evacuation flights in past 14 days; remains operation despite lockdown 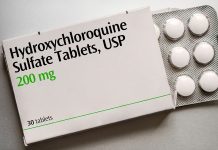